18% Of Netflix And Hulu Users Are Cord-Cutters, But Cable Still Rules 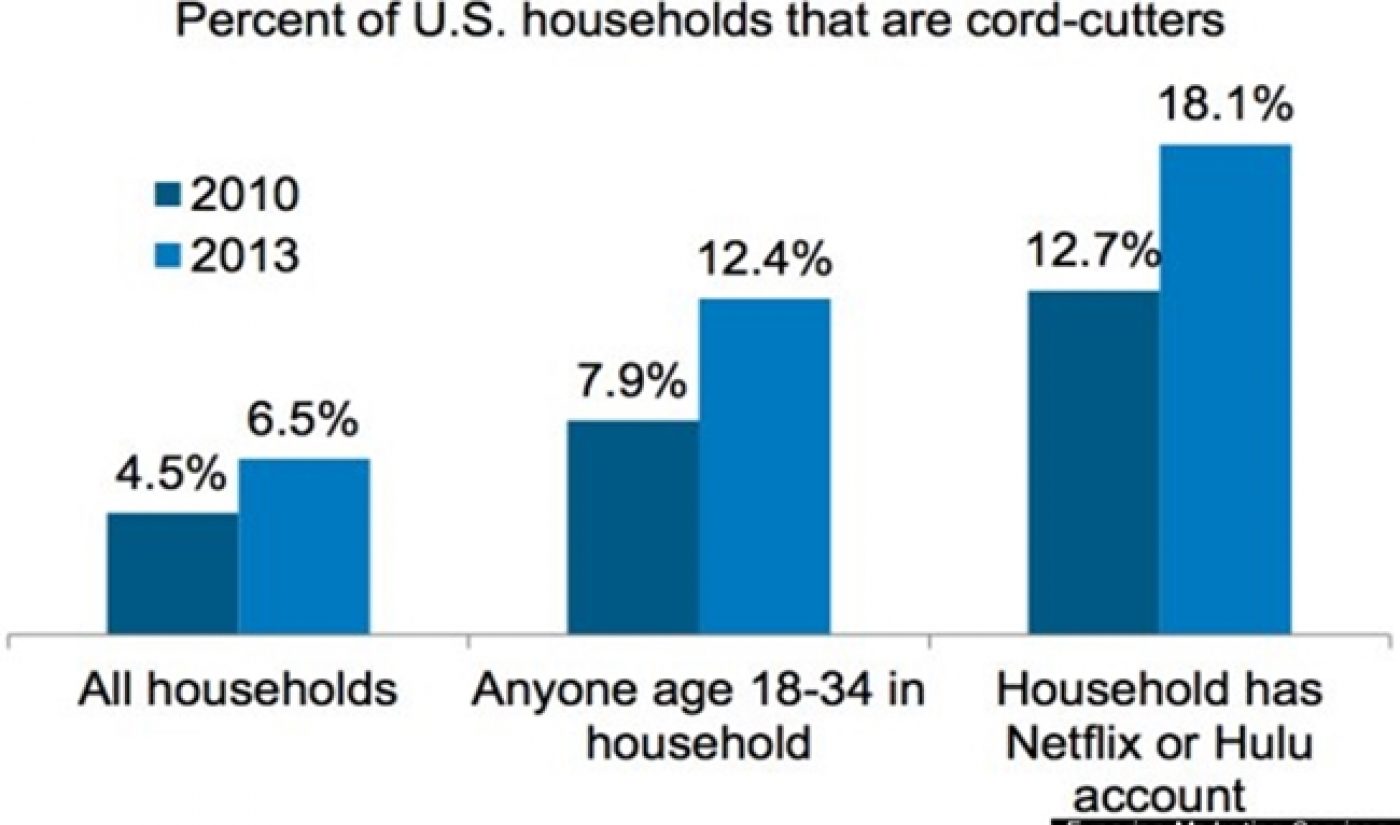 Netflix and Hulu continue to provide on demand access to TV programs, and as a result, cord-cutting is on the rise. A recent study from Experian Marketing Services has revealed that 7.6 million Internet-owning Americans can be classified as “cord-cutters” who don’t subscribe to cable TV.

6.5% of all households included in Experian’s study have cut the cord, a 44% increase over the past three years. In particular, Americans age 18-34 have ditched cable in great numbers; 12.4% of them are cord-cutters, a 57% increase over the same time period.

While most Netflix and Hulu users still supplement their subscriptions with cable, 18% of them have now cut the cord. Among the 18-34 demographic, that percentage rises to nearly 25%.

As Experian explains, the cord-cutting movement is led by a generation that has never chosen to foot a cable bill. “The young millennials who are just getting started on their own may never pay for television,” said John Fetto, a senior analyst at Experian. “Pay TV is definitely declining.”

Other analysts, however, believe that rumors of cable TV’s death are greatly exaggerated. As Andrew Leonard explains in Salon, cable companies are simply shifting their focus to Internet services. The best example is Comcast, which provides both cable and high-speed Internet to its customers. If cable bills go down, Internet bills go up in response.

When you add in side deals, such as the one Netflix brokered with Comcast in exchange for faster speeds, it becomes clear that the traditional media moneymakers are still going to hit it big, no matter how many of their customers cut the cord.