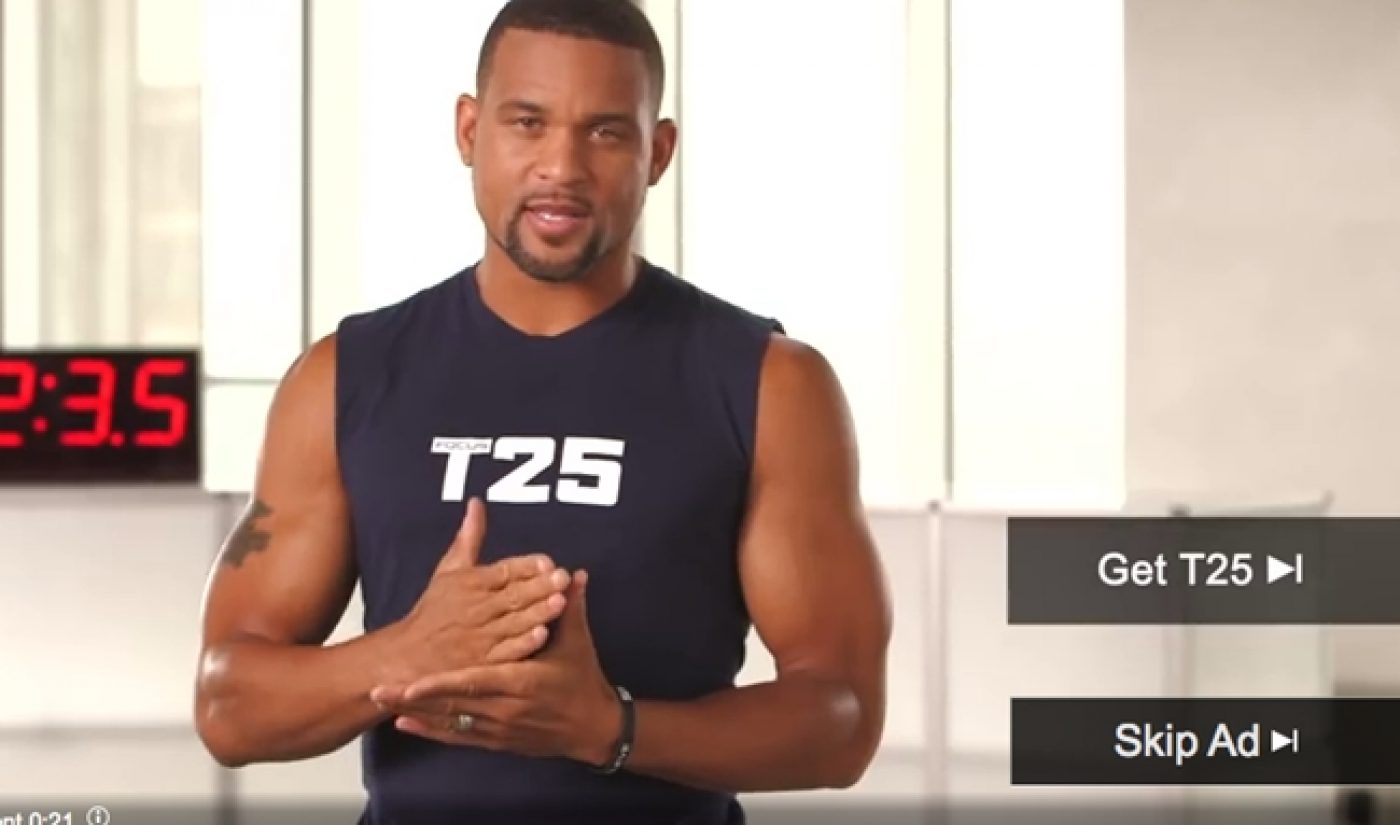 Most YouTube pre-roll ads can be skipped after five seconds (and 80% to 85% of viewers opt for the skipping), so advertisers have a very short time to make an impact. The conventional strategy involves frontloading pre-roll videos with as much attention-grabbing content as possible, but Beachbody is taking a different approach. The fitness company has a pre-roll ad that seemingly attempts to try to fool some viewers into clicking through to the company’s website.

The video in question advertises Focus T25, a 25-minute workout from Shaun T, the instructor known for his strenuous Insanity home fitness program. As Shaun T pitches his new workout to viewers, a button appears in the bottom right corner after five seconds, at the same time and directly above where the “Skip Ad” button appears on pre-rolls. As seen in the photo above, the button says “Get T25”, and if the viewer clicks it, he or she is sent to a landing page featuring the product.

As far as we can tell, the actual video advertisment itself is unlisted, though a similar version without the added button is available on the Beachbody YouTube channel.

Can Beachbody trick viewers into taking a longer look at its product? It’s not far-fetched to think inattentive YouTube viewers could accidentally click the extra button in their haste to move on to their desired videos. Of course, many of these viewers may not be in the mood to buy fitness DVDs, but they’ll still gain more brand awareness than they would from the conventional pre-roll process.

Part of the benefit of brands using YouTube’s skippable TrueView advertising product is that they don’t have to pay for the ads that viewers skip. Brands do pay, however, for the ads that viewers click. Beachbody’s ruse will presumably lead to extra clicks, which will lead to extra advertising costs. But if the home fitness brand’s campaign can convert even enough of its ad-viewing audience into new customers, it’s well worth the time it took in the edit room to create the button that’s “Skip Ad” lookalike.

Regardless of the end result, it’s all at least worth a shot. A lot of brands have recently come up with smart and surprising ways to address pre-roll advertising on YouTube. Beachbody’s attempt could lead to more sales, though the potential ire of YouTube viewers everywhere is a price of its own.