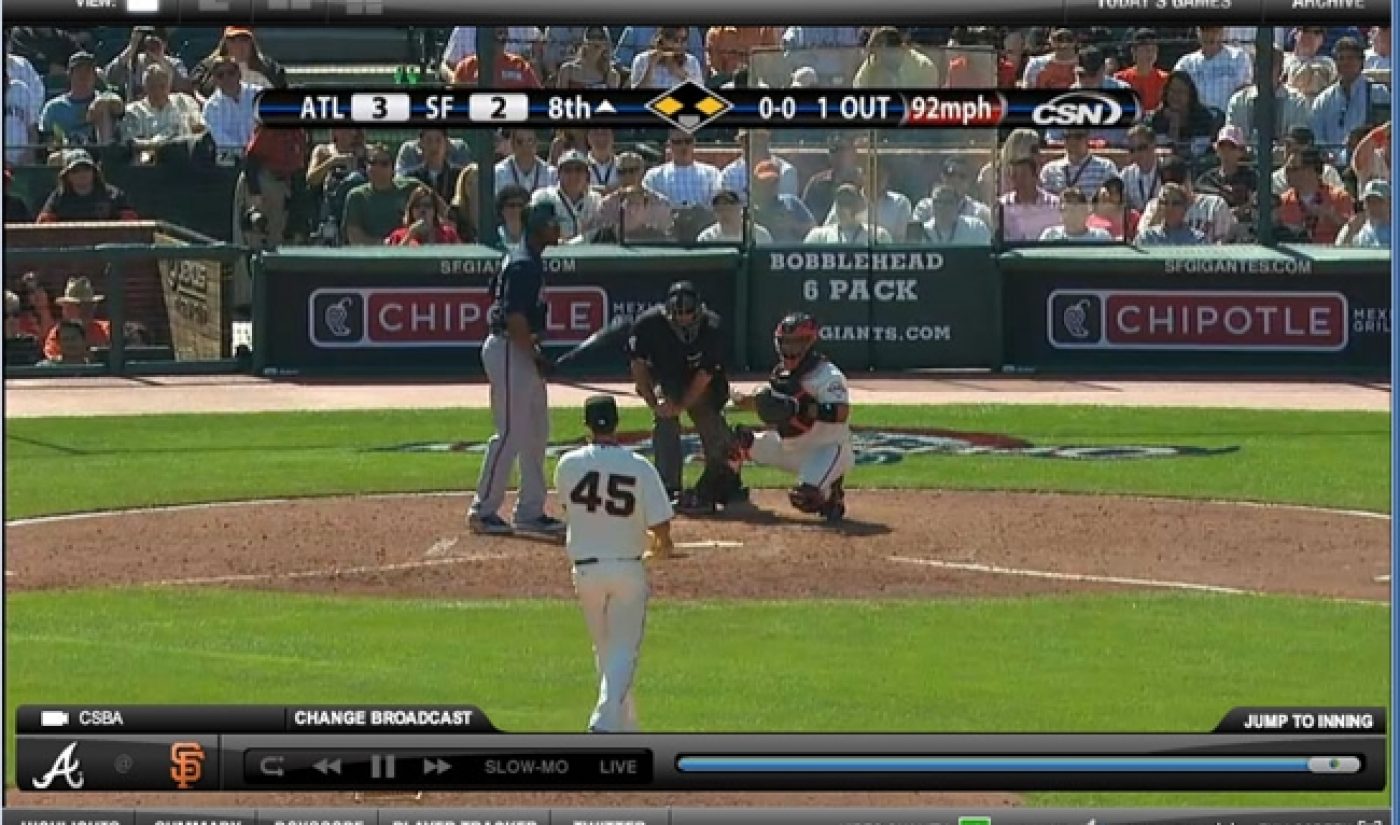 The MLB‘s in-house streaming service allows live access to baseball games, but it’s not only suited for fans of the diamond. The league’s live streaming player has become one of the most-used video services on the Internet by powering a number of popular live stream events.

Forbes shone light on the MLB’s powerful platform by taking a look at a recent study from online video tracking site Qwilt. Qwilt took a look at which video platforms use up the most bandwidth, and the most-publicized result was Amazon’s move into third place behind Netflix and YouTube.

Deeper within the data, Forbes found that one of the fastest-growing bandwidth users on the Internet is the recently-launched WWE Network, an online-only service that broadcasts live streaming wrestling programs. “The recent WrestleMania jumped WWE to third place [in video volume] over that weekend,” said Qwilt co-founder Dan Sahar. And sure enough, the WWE Network is powered by the MLB Advanced Media (MLBAM) player.

It’s not just baseball and wrestling. The MLBAM player powered March Madness Live, which served as the online streaming home of the 2014 Division I college basketball tournament and drew more than 69 million total streams over the three weeks of the tournament. MLBAM’s technology is also used by The Blaze, an online news service run by Glenn Beck. All together, MLBAM’s player hosts 29,000 live events a year, and only 5,000 (~17%) of those are baseball games.

All of these companies are turning to the MLBAM for a simple reason: The player works. By building a clean, efficient piece of technology, MLBAM has made a fortune–and gobbled up a sizable portion of online video bandwidth. Your move, NFL.