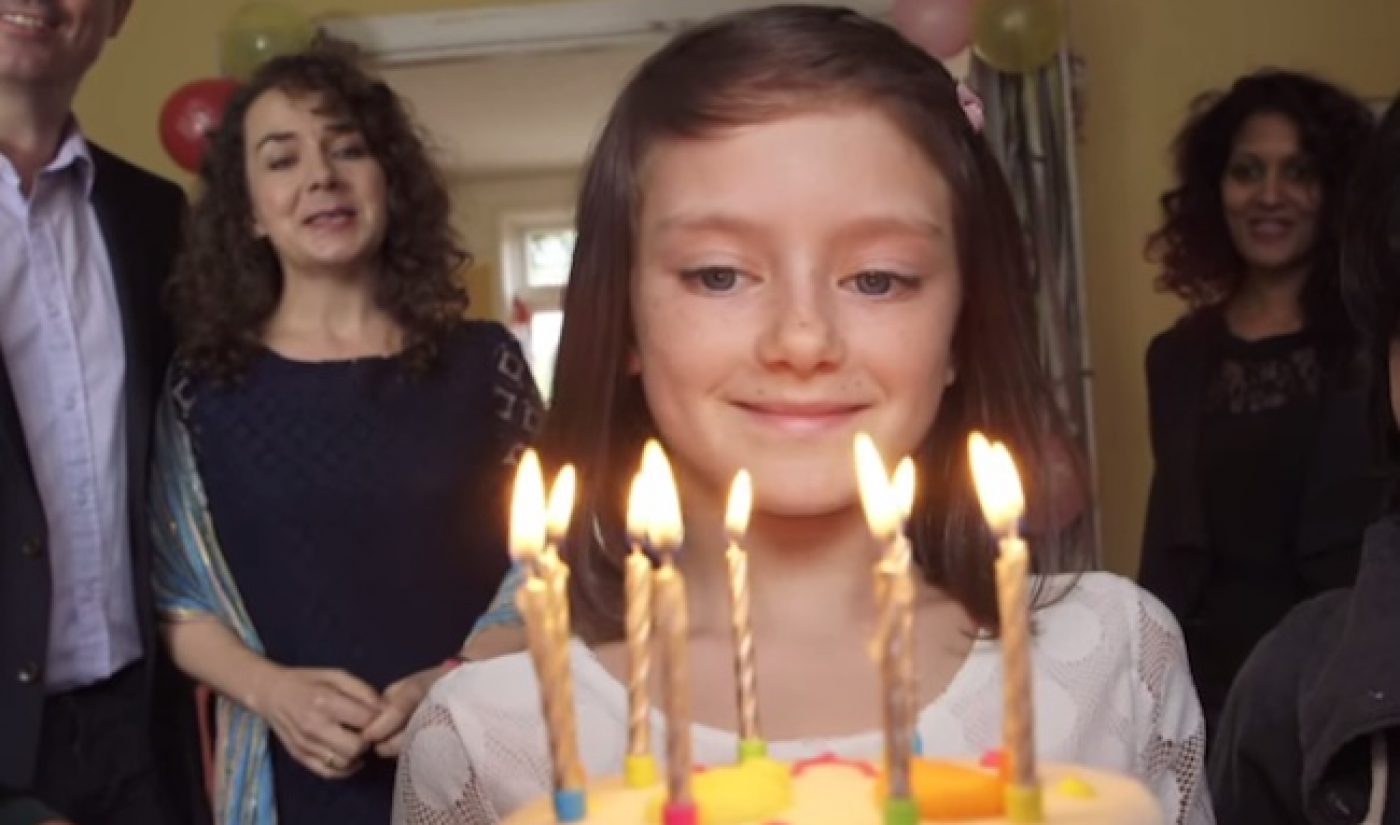 The video atop YouTube’s self-reported Ads Leaderboard in any given month usually goes to some kind of multinational consumer brand with a large advertising budget. In March 2013, however, a nonprofit organization sits in the #1 spot for the first time ever.

Most Shocking Second a Day Video is a compelling play on all of those second and/or photo a day, year, and/or multiple years videos the internet has come to love and satirize featuring a young girl whose world as she knows it comes undone within the course of the year due to some outside and weaponized external conflict.

The 90-second clip received more than 28 million views in March and was made to promote and support Save The Children, a UK-based charitable organization that works in 120 countries to save children’s lives, help them fight for their rights, and help them fulfil their potential.

Among the other nine adverts in the monthly Top 10 are two from mobile phone manufacturers (both of which are Samsung), two from geographic locations (Ireland and Colorado), one from a new entrant into the electric razor fray (Old Spice), one from a luxury brand (Chanel), one from a fast food chain promoting its breakfast menu (Taco Bell), one from a car company featuring a remote-controlled that corners like its on rails (Subaru), ane one from a BuzzFeed branded campaign (Luvs).

They’re all below and all worth a watch.