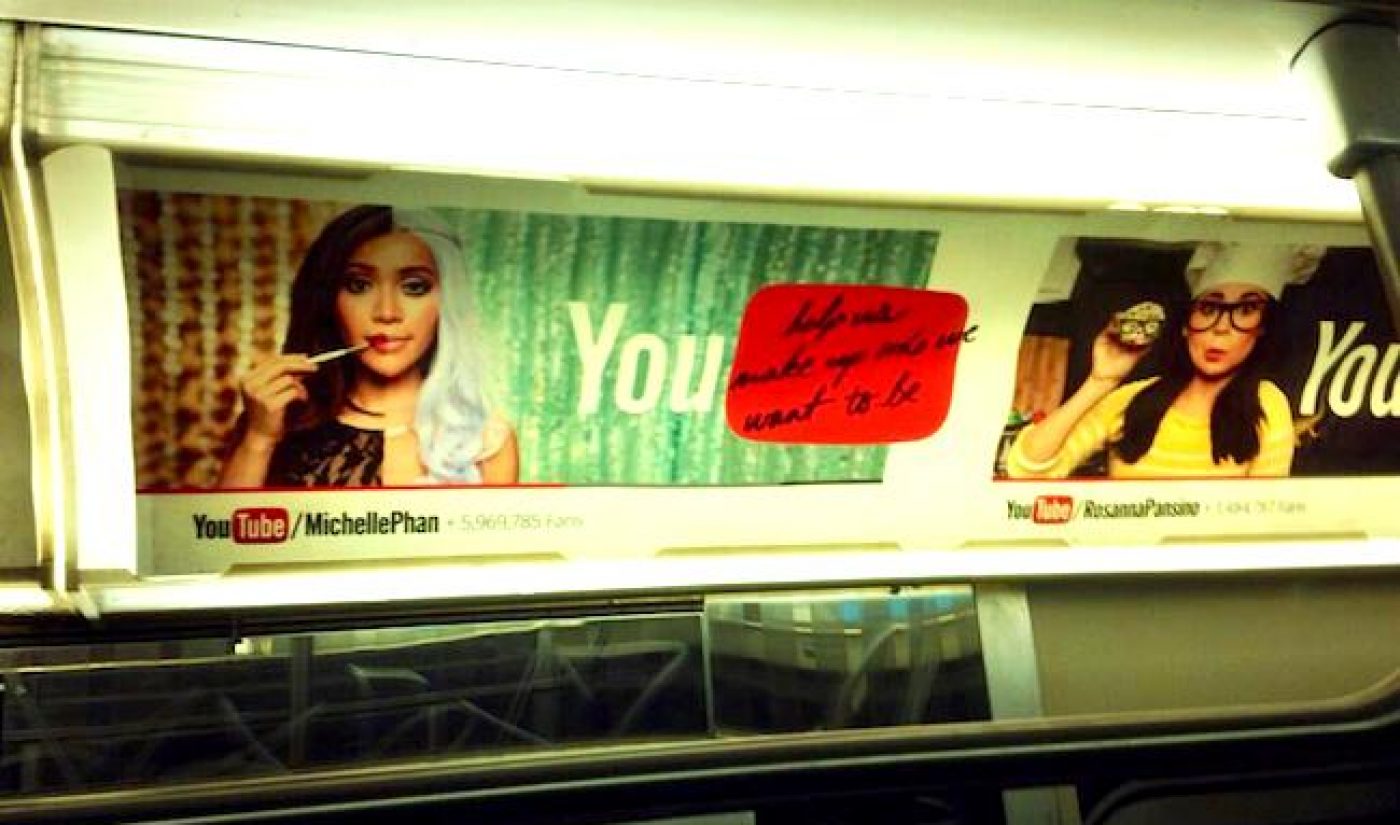 News broke on April 3 YouTube will soon and for the first time ever run television advertisements promoting individual creators. Prominent online video personalities Michelle Phan, Bethany Mota, and Rosanna Pansino are the individuals slated to be given some on-air ad time during the commercial breaks of your regularly scheduled television programming.

While no advertisements for the beauty and fashion gurus have hit television screens in between youth-oriented programming just yet, they have hit the New York City subway system.

Eyewitness reports of YouTube advertising sightings featuring Phan, Mota, and Pansino are starting to trickle into YouTube, Vine, and Twitter. Here’s a look from Vine user and My Little Pony collector Jessie Aulicino:

And here’s a shot by way of media analyst and investor Rich Greenfield:

Ads featuring the trio are reportedly scheduled to roll out on the Chicago subway system, too, in addition to the pages of magazines like Allure, Seventeen, and Entertainment Weekly, and the airwaves of TV stations like The CW and ABC Family.

Photo of YouTube ad in the wild by Brandon Ross.