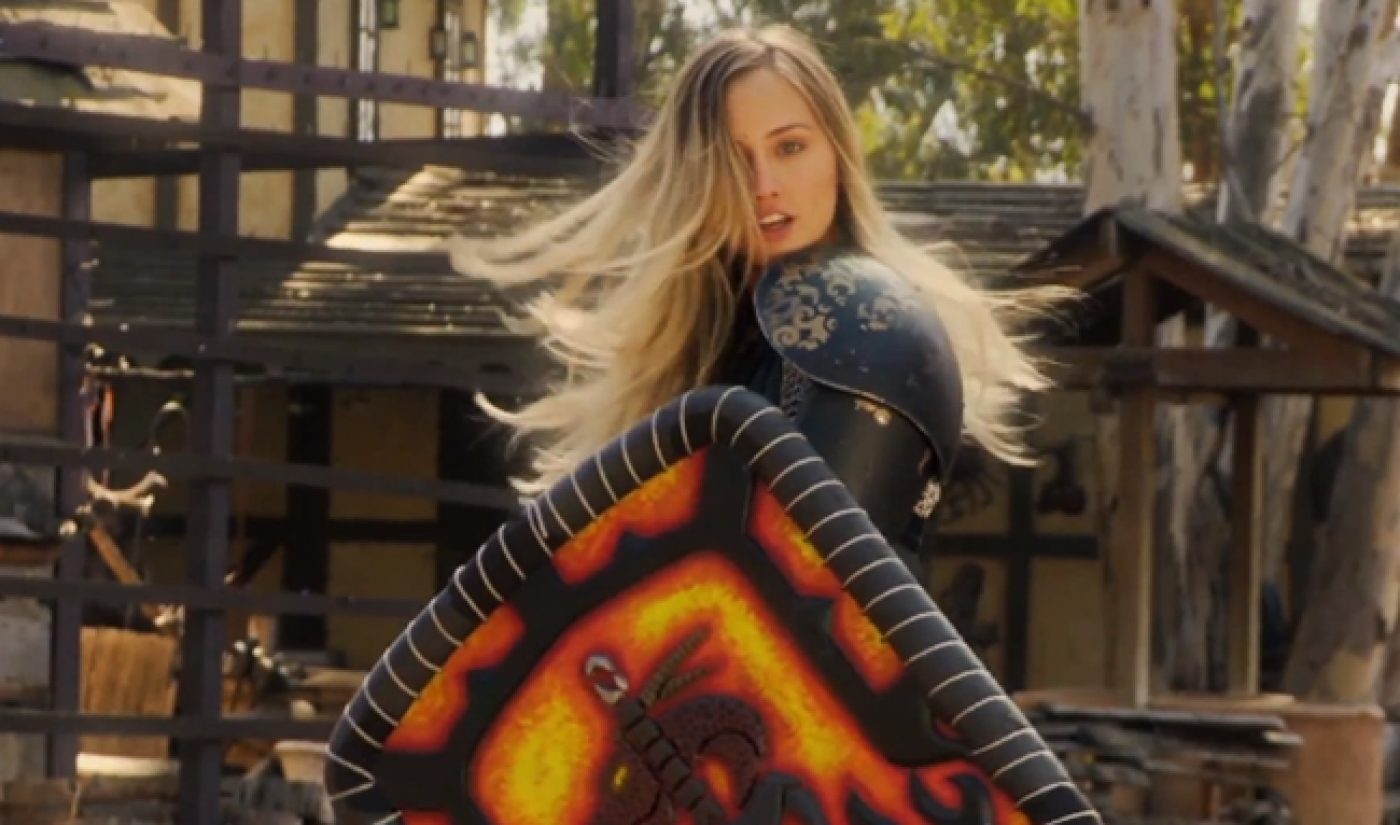 Geek & Sundry‘s latest web series is taking video games out of the living room. It’s called Unplugged, and its main mission is to recreate in real life a series of popular video games.

Unplugged is hosted by Ashly Burch, known for her surreal, humorous YouTube series Hey Ash, Whatcha Playin’? In each episode, Burch brings in two special guests, who compete against each other in a specific video game. Once the game is complete, Burch pits the two competitors against each other in the “main event”: A real life version of that episode’s game.

The first episode features League of Legends, with guests Jesse Cox and Naomi Kyle battling it out with their champions of choice. They then enter into a LARPing arena, where they throw enough sword swipes and magic spells at each other to make even this guy happy.

Unplugged‘s brand partner is Microsoft, and the computer company provides a pair of Surface tablets for the gaming portion of the show. Cox even throws in the line “this game is actually running really, really well” for good measure.

In return, Microsoft has helped Unplugged secure what seems like a fairly large budget. Judging from the series trailer, future episodes will feature aerial combat, auto racing, farming simulation, and more. The show’s guests will also include some well-known YouTube creators, including iJustine and Strawburry17. It all seems like it will be a lot of fun, and like one clever commenter, I’m curious what would happen in a Surgeon Simulator episode.