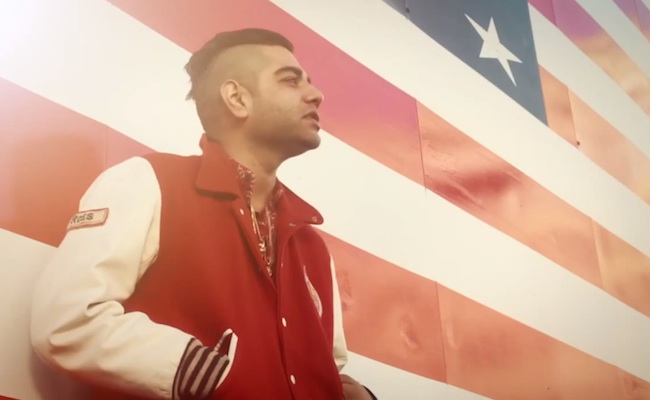 Out with a new record are Swetshop Boys. The group features outspoken Queens rapper Himanshu Suri (aka “Heems”) of Das Racist, who teams up with London-based rapper Riz MC for their track “Benny Lava.”  This is his first group Suri’s been involved with since Das Racist split, and if this jam, produced by the great Ryan Hemsworth, is a sign of things to come, it looks like this is a match made in hip hop heaven.

This video astutely alludes to another “Benny Lava.” The original, if you haven’t seen it, is probably one of the best things the Internet has done for us. Other similar viral hits from India have made the rounds on YouTube, so fingers crossed Swetshop Boys drop this one in their next release.

The new visuals were shot by the duo Prashant Bhargava and Tanuj Chopra, who adroitly shoot the rappers in and around New York City visiting various Indian and Pakistani spots while still managing to squeeze in enough subtle references to the original to make this a proper homage.

Prone to rapping about what they know, and no stranger to social activism, the duo’s rhymes run the gamut from NY politics to NSA spying to the king of pop himself. The song is out on Heems’ Greedhead imprint, which in the last 12 months has also put out clips from Lakutis and LE1F, so it’s clear they’re on the forefront of NY hip hop. The duo is following up this release with a three-song EP set to release later this year. No word yet on the date so make sure to subscribe to the channel for updates.