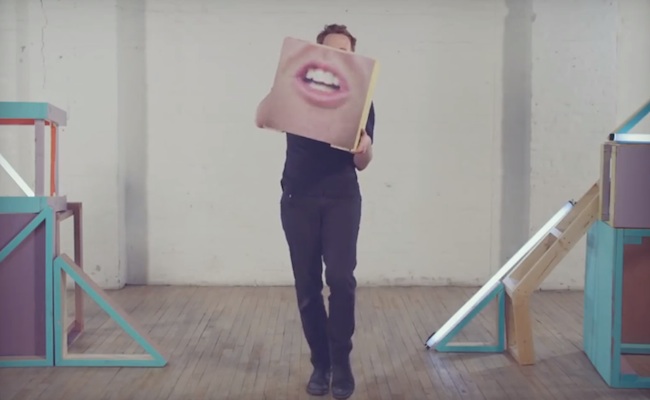 Canadian rockers Royal Canoe have been called “mad scientists of pop,” a descriptor that is apropos of the sheer awesome insanity visible in their video for “Bathtubs.”

Released last summer in support for their latest record, Today We’re Believers, the clip is a test in some serious music video wizardry. Royal Canoe seems to believe there’s no better way to support a pop-happy catchy rock tune than with an equally engaging video that’ll keep your pupils dilated and widened in awe while you watch. And they’re right.

What sets Royal Canoe apart from the rest of the fray, aside from their complex instrumentation, is their use of unique videos to both engage their audience and also invite them to seek out more visuals from the group. YouTube is often credited with helping talented bands jump to the next level by giving them a vehicle to set themselves apart from similar talent. Given the band’s current trajectory and their recent buzzy stint at SXSW, it’s safe to say that they’ve used the platform effectively and uniquely.

If you are an aspiring musician, there’s definitely a lot here from which to take note. And if you’re fan, then thankfully you’ll have a lot to look forward to this year as the band embarks on a tour and continues putting together some new jams. Keep in touch with Royal Canoe by subscribing to their channel and make sure you pick up their latest record.