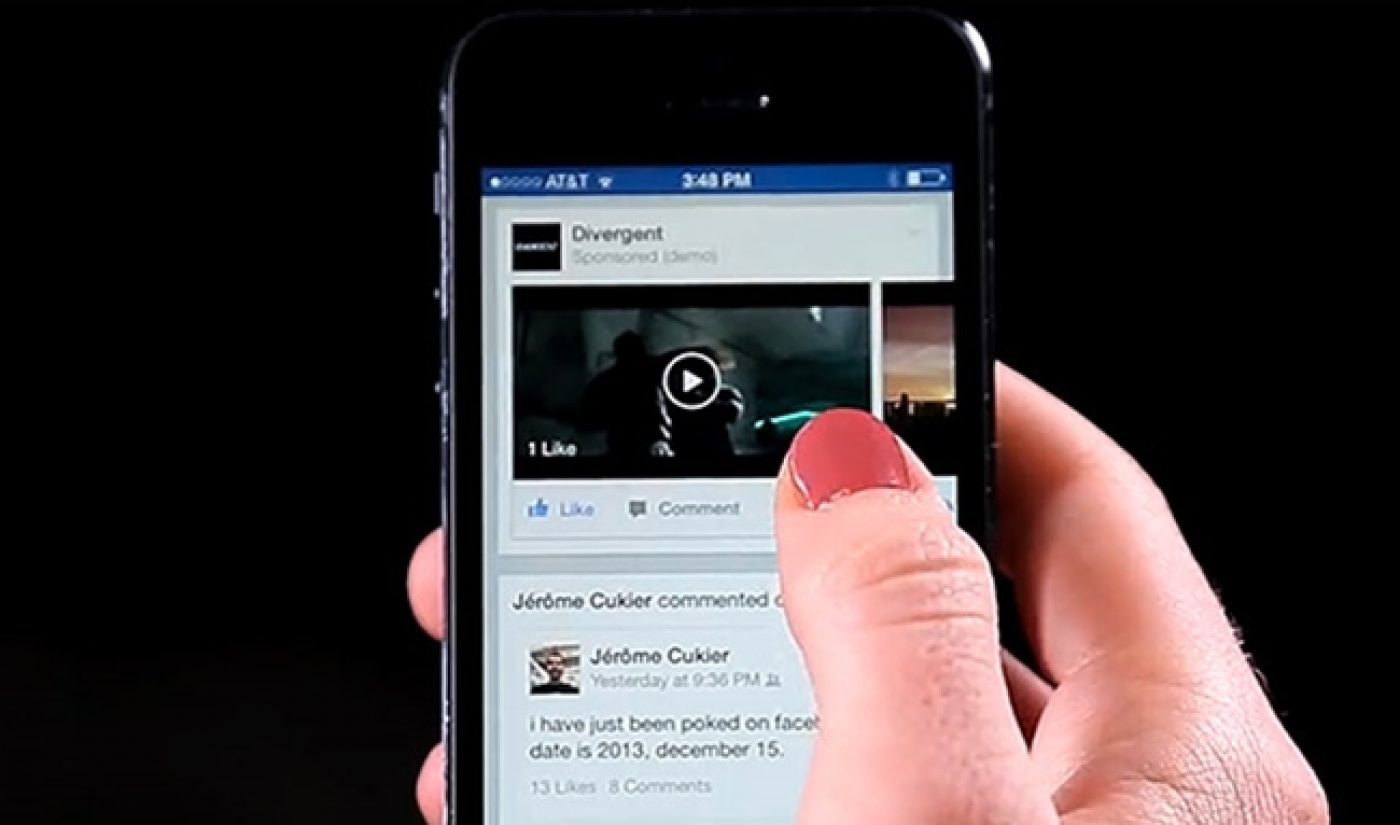 Facebook‘s video ads are still being tested, but more advertisers are getting an early look. According to Variety, a “select group of advertisers” will get a chance to try out the autoplay ads, which were first introduced three months ago.

The video ads, which will begin to roll out in greater numbers over the next few months, will play silently in selects users’ news feeds. If users roll over the ads, they will then pop out into a bigger window complete with sound. To demonstrate how these ads function, Facebook has posted a video featuring a spot for the upcoming movie Divergent.

The ads will be specifically target at relevant consumers, with Facebook’s treasure trove of data providing key information for advertisers. Of course, this all costs a pretty penny; while the autoplay ads were initially rumored to cost seven digits, Facebook would not disclose its active ad rates.

If you happen to see a Facebook video ad in the coming months, let us know what you think. Here’s hoping the ads are not as easy to accidentally enhance as they seem at first glance.