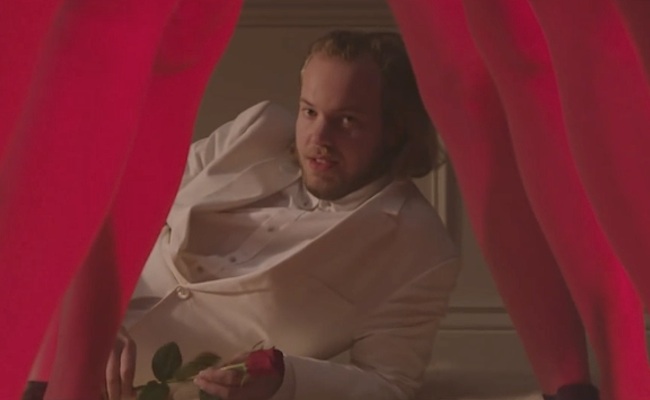 The brand new visual from Miami Horror is a bright splash of imagery and colorful poolside synchronized swimming. It’s the high-class masquerade party you imagined you’d be invited to the first time you tried to sit through Eyes Wide Shut when you were in high school. The infectious tune from the Aussie psychedelic dance group will replay in your head and keep you singing along to that hypnotic hook long after this clip ends.

The video features “Cleopold,” an entity that appears to have no real Internet presence. So let’s assume that it’s the x-factor that makes this video so damn brilliant. Directed by Victor Pakpour, who also put together the video for Miami Horror’s excellent LA set ballad “Real Slow”, this clip is like that one’s darker younger brother.

Freshly relocated to Los Angeles and working with our friends at Vitalic Noise, the band is preparing some brand new material to follow up their debut record Illumination. But Miami Horror got their start releasing various underground remixes and bootlegs throughout Melbourne’s vibrant dance music scene in 2007. At the time, the group was a solo act held aloft by producer Benjamin Plant. Now a four piece, and often taking on guest vocalists such as Sarah Chernoff on “Real Slow” the band is getting ready to release a new record and take on a full schedule of dates at South by Southwest this week in Austin.

For a full list of those dates check here, and make sure to subscribe to band’s channel for all of their new releases. SXSW Music is happening now, too. Our team will be hitting all the shows hard so for live updates from the INDMUSIC team, follow along on Twitter and Instagram. Or better yet, come by one of the many partner showcases happening this week.