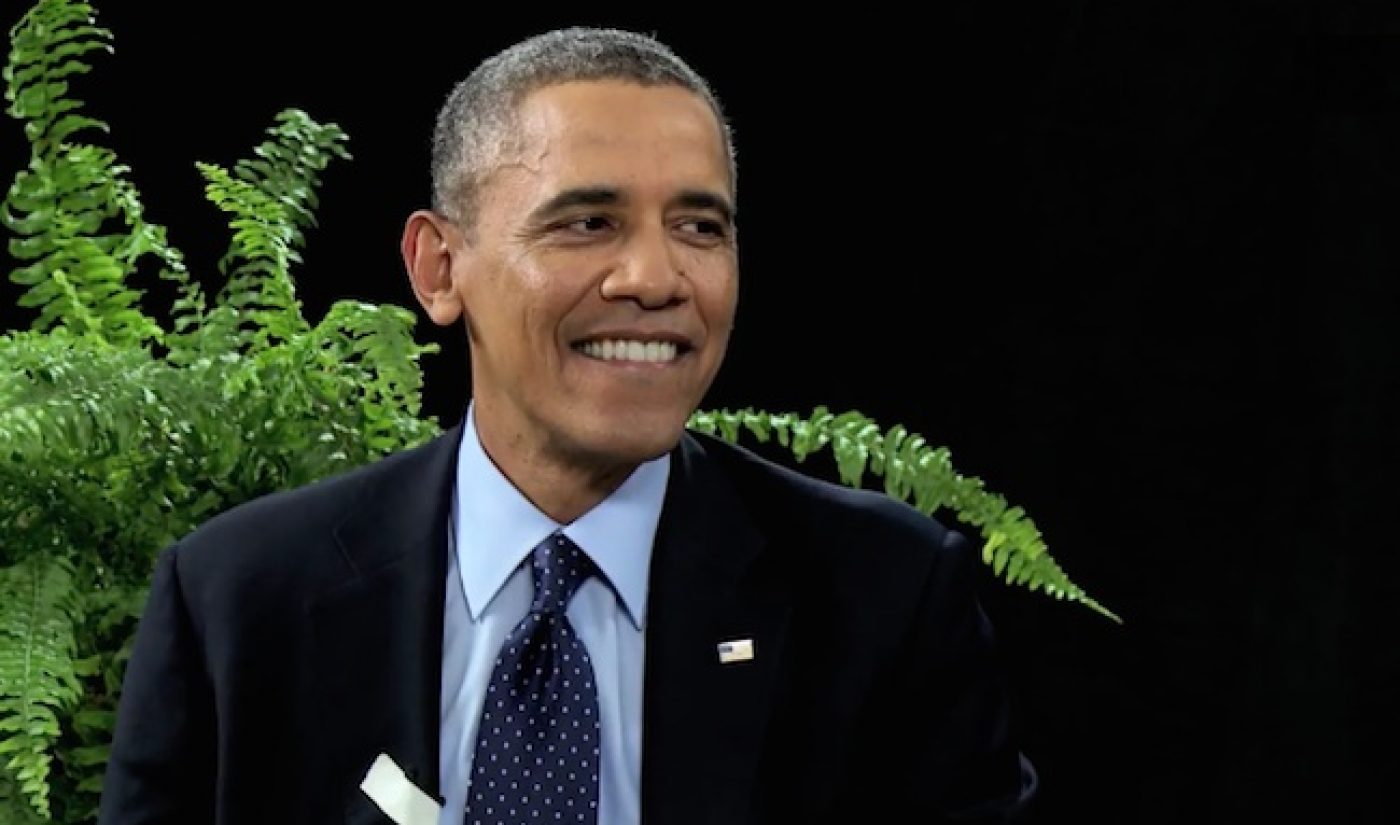 President Barack Obama met with a delegation of YouTube and online video stars on February 27, 2014 and discussed, among many other things, how to use the power of online video to reach connected audiences and disseminate information about the Affordable Care Act and its March 31 deadline for Open Enrollment on Healthcare.gov. Rachel Goldenberg of Funny or Die was one of the new media advisors present at the meeting with the President, so we probably should’ve guessed that Obama would appear between a pair of plants on the comedy destination’s flagship talk show to inform his fellow Americans about their health care options.

Yes, that’s right. The President is the latest and most-high profile of all the high profile celebrities to appear on Between Two Ferns with Zach Galifianakis. POTUS sat down across from the comedian and film star for the better part of the six-minute-and-thirty-one-second episode to trade insults (Obama mentioned how much he liked Bradley Cooper and how he really carried those Hangover movies, while Galifianakis talked about the situation in “North Ikea” and if “Community Organizer” Obama was going to make Hulk Hogan or Tonya Harding the U.S. Ambassador to Syria) and talk up the nation’s health care.

The video’s already received over one million views since it was uploaded to FunnyOrDie.com less than 12 hours ago. Whether or not those viewers will convert into beneficiaries of the Affordable Care Act isn’t yet clear, but one thing’s for certain, Obama and his message are certainly getting a lot of press and online video play.