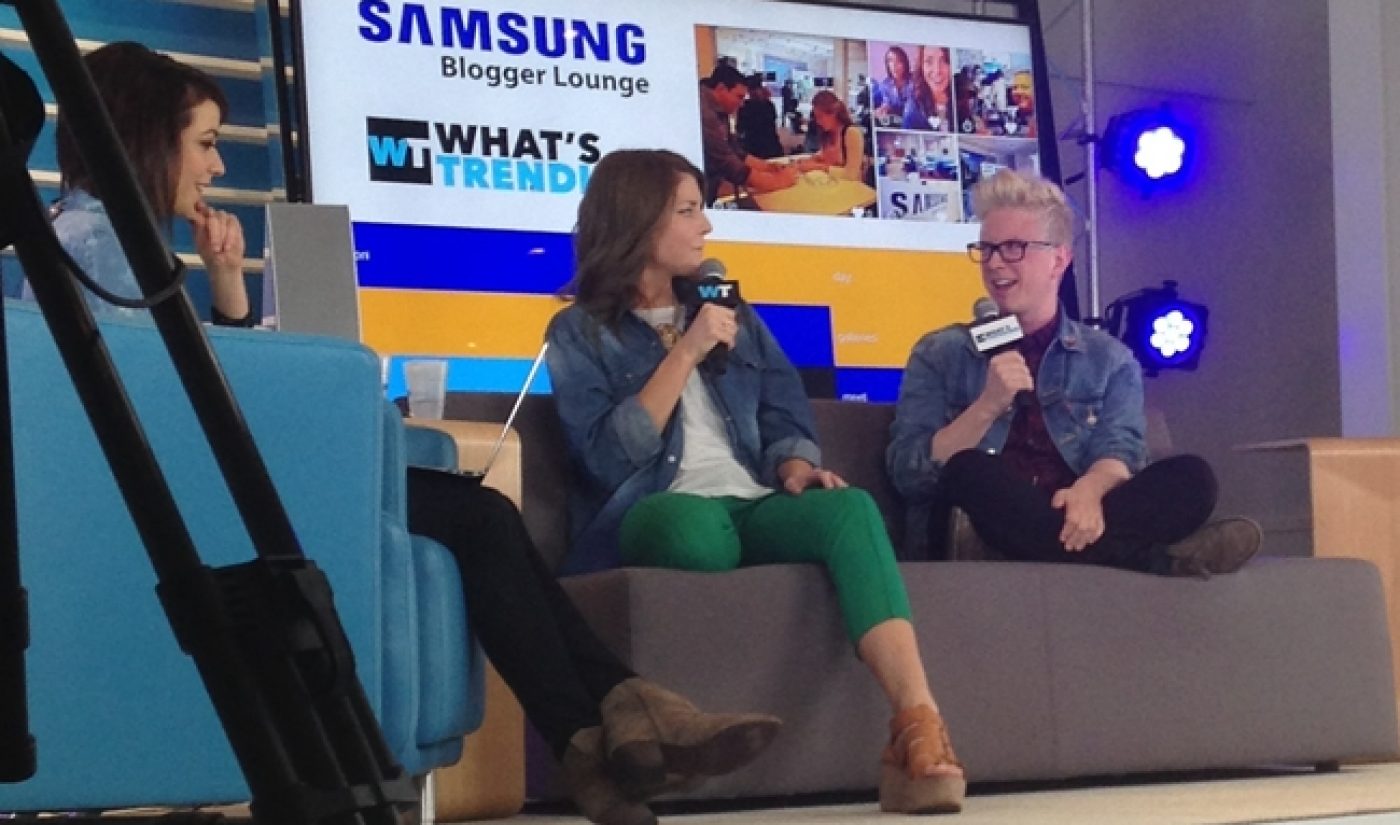 Grace Helbig dropped by a special SXSW edition of What’s Trending on March 7th, and during the episode, she dropped hints about a couple of upcoming projects. The YouTube vlogger/actress/comedienne updated her fans on the status of an upcoming TV pilot for the E! Network and discussed her plan to make more movies with Hannah Hart and Mamrie Hart.

Helbig and fellow YouTuber Tyler Oakley sat down with What’s Trending host Shira Lazar to field questions from fans. In response to a fan question asking about her pilot, she shared a few details. “I’m working on a pilot for E! right now and it’s getting worked out,” she explained, “but hopefully, if all goes according to plan, it will be a pilot that hybrids Internet and television and uses the It’s Grace tone but on an elevated level.”

The pilot is produced by Embassy Row, the production company that is also responsible for Chris Hardwick‘s Talking Dead on AMC and Andy Cohen‘s Watch What Happens: Live on Bravo. Helbig explain that those two hosts are serving as inspiration for her pilot. “I think Andy Cohen and Chris Hardwick do a really good job of bringing the Internet to TV and I want to do it too,” she said.

Later in the episode, Helbig also hinted that she would like to do more films with Hannah Hart and Mamrie Hart, though she explained that there will not be a sequel to Camp Takota. “There won’t be another Camp Takota, but there will hopefully be more movies,” she said. “We’re working on it and working towards it.”

Later in the day, Helbig and Oakley joined Cohen and Ze Frank for a panel about fandoms. Helbig’s bio for that event mentions that she is “the female lead in a new Tracy Morgan pilot for FX.” For those keeping track at home, that’s two pilots, more movies, and five YouTube videos a week. These are busy times in the Grace-verse.