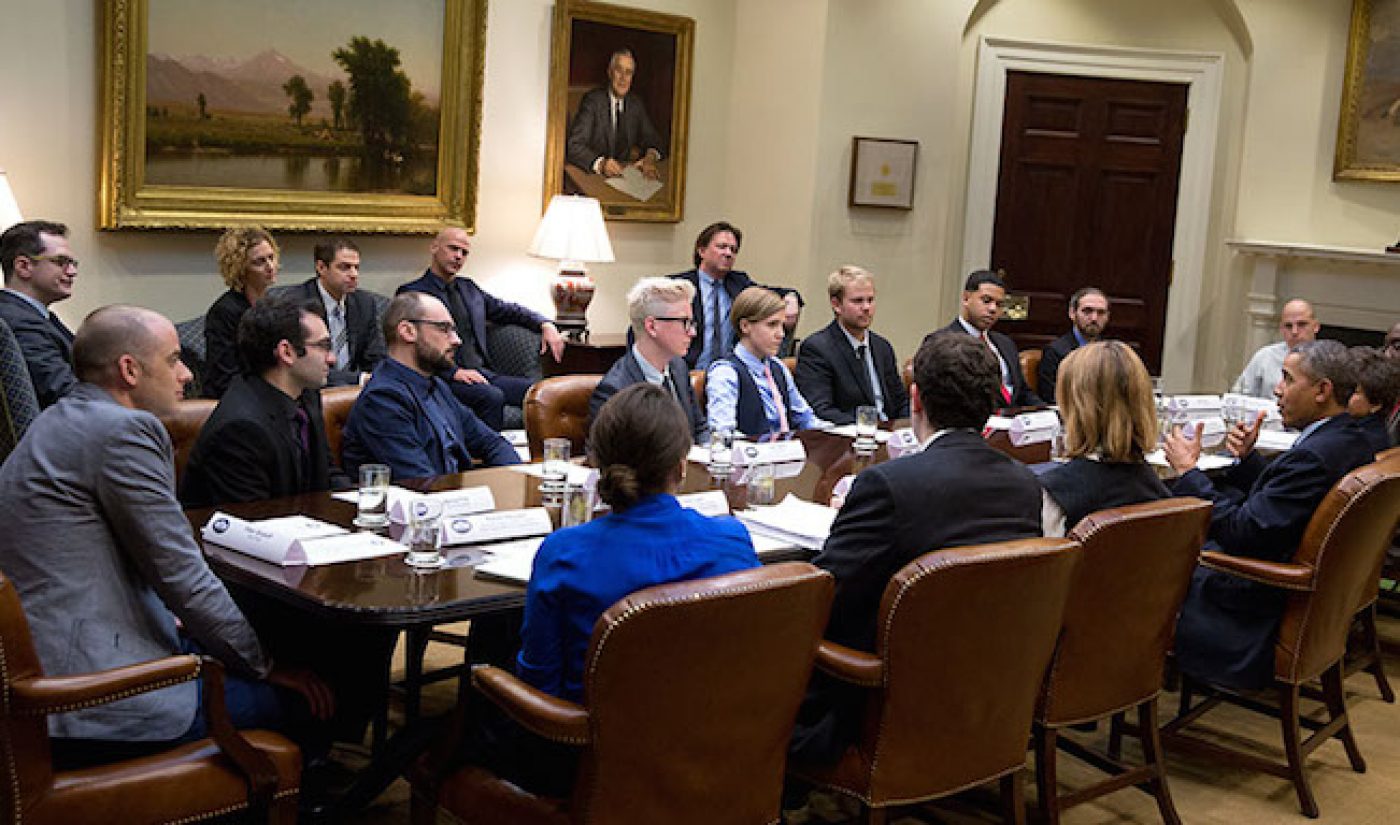 On Thursday, February 27, a delegation of YouTube stars and digital influencers visited the White House to have a candid conversation with President Obama about how he and his office can do a better job of communicating with younger Americans by way of online video.

As we noted when we broke the news, the goal of the attendees was that this brain trust can advise Obama and all future POTUSES on a number of issues – like anti-bullying, education, and economic opportunity – facing many registrations to come, but the first and most pressing of those issues is the Affordable Care Act and its impending March 31, 2014 deadline for Open Enrollment. Obama asked the attendees if they could all let their fans know how to obtain information about health care enrollment with the hope that by doing so, more Americans would at least have a great knowledge of and access to their health care options.

The attendees included Hannah Hart (MyHarto), Iman Crosson (Alphacat), Michael Stevens (Vsauce), Benny and Rafi Fine (The Fine Brothers), Mark Douglas, Todd Womack, and Ben Relles (BarelyPolitical), Peter Shuckoff and Lloyd Ahlquist (Epic Rap Battles of History), Tyler Oakley, Mickey Meyer and Daniel Kellison (Jash), and Rachel Goldenberg (Funny or Die), but Hart, Crosson, and Oakley take up the vast majority of screentime on the official White House video shot during the event. The trio discuss their experiences with (or without health care) and what it’s like to now be counted among the President’s advisors.

Stay tuned for more videos with footage from the meeting set to be released in the very near future. And if you want to hear what the meeting was like straight from the perspective of one of the attendees on his very own channel, check out Oakley’s recent upload, where he dishes for nine or so minutes on what it was like to sit across from the  President in the Roosevelt Room (and kinda sorta tell him how to correctly pronounce the acronym “GIF”).