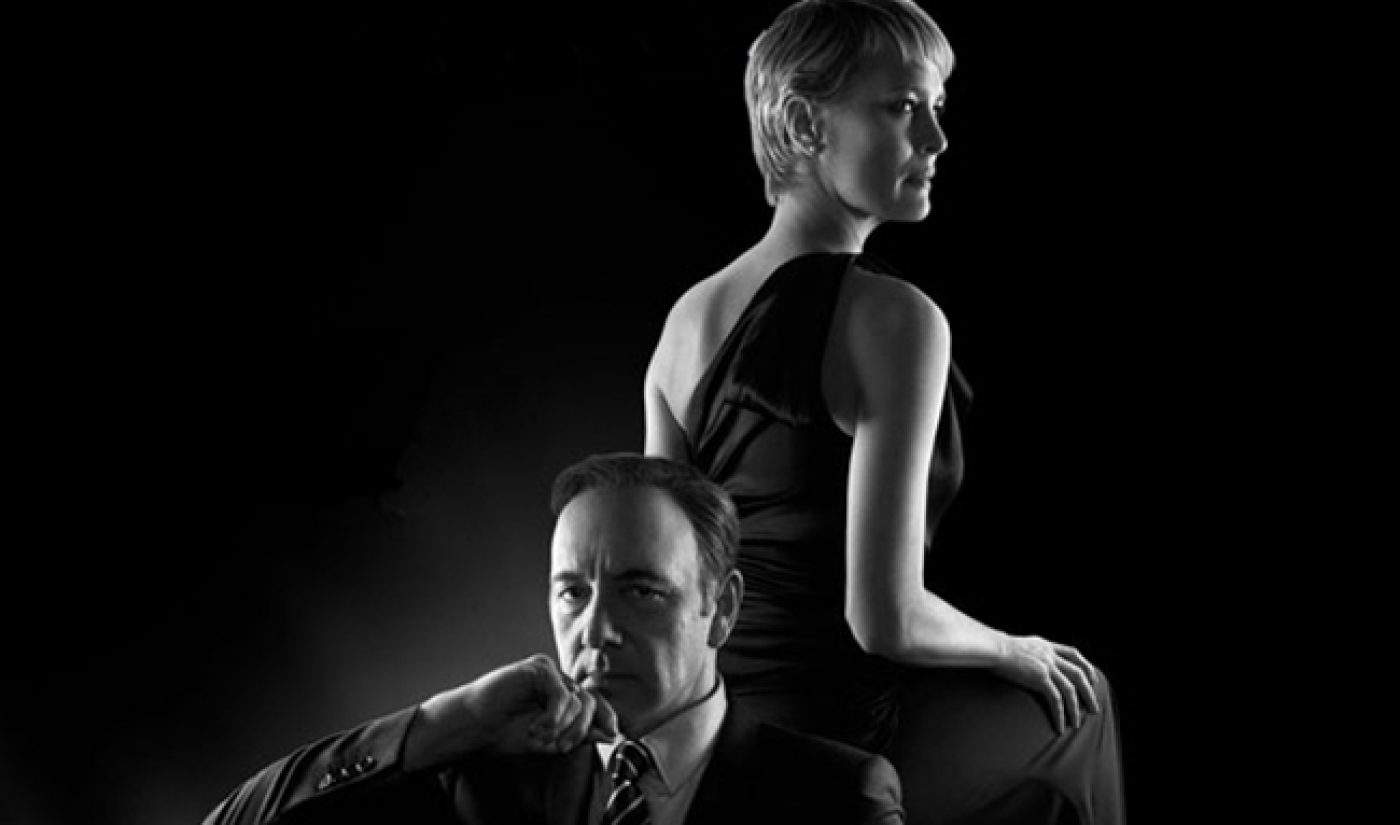 Want to know why some Internet service providers want Netflix to pay for the bandwidth it eats up? Look no further than the February 14th debut of House of Cards‘ second season. During the long President’s Day weekend following the return of the Kevin Spacey-led political thriller, Netflix viewers pushed downstream bandwidth to its limits across three 12-hour periods.

Internet service providers offer a fixed amount of bandwidth, and several recent reports have found that Netflix, on a normal day, eats up much more of that bandwidth than any other site. The House of Cards debut caused Netflix to use even more bandwidth than normal, and for the busiest 12-hour periods, both Verizon and Comcast continued to supply the maximum amount of bandwidth.

So massive was House of Cards‘ traffic that it reportedly caused other sites, such as music streaming service SomaFM, to experience poor speeds. Even so, Netflix paid the same amount of money (nothing) to present Frank Underwood to the entire Internet as SomaFKM paid to get jammed up. This sort of traffic explains exactly why ISPs like Verizon want Netflix to pay up for the gigantic amount of data it uses.

Netflix stated in its most recent quarterly earnings call that it isn’t worried about having to pay for bandwidth, since it is too popular a service for ISPs to not offer. At the same time, the recent net neutrality decision puts more power in the hands of the ISPs, and House of Cards‘ opening weekend provided evidence enough of Netflix’s extensive usage.