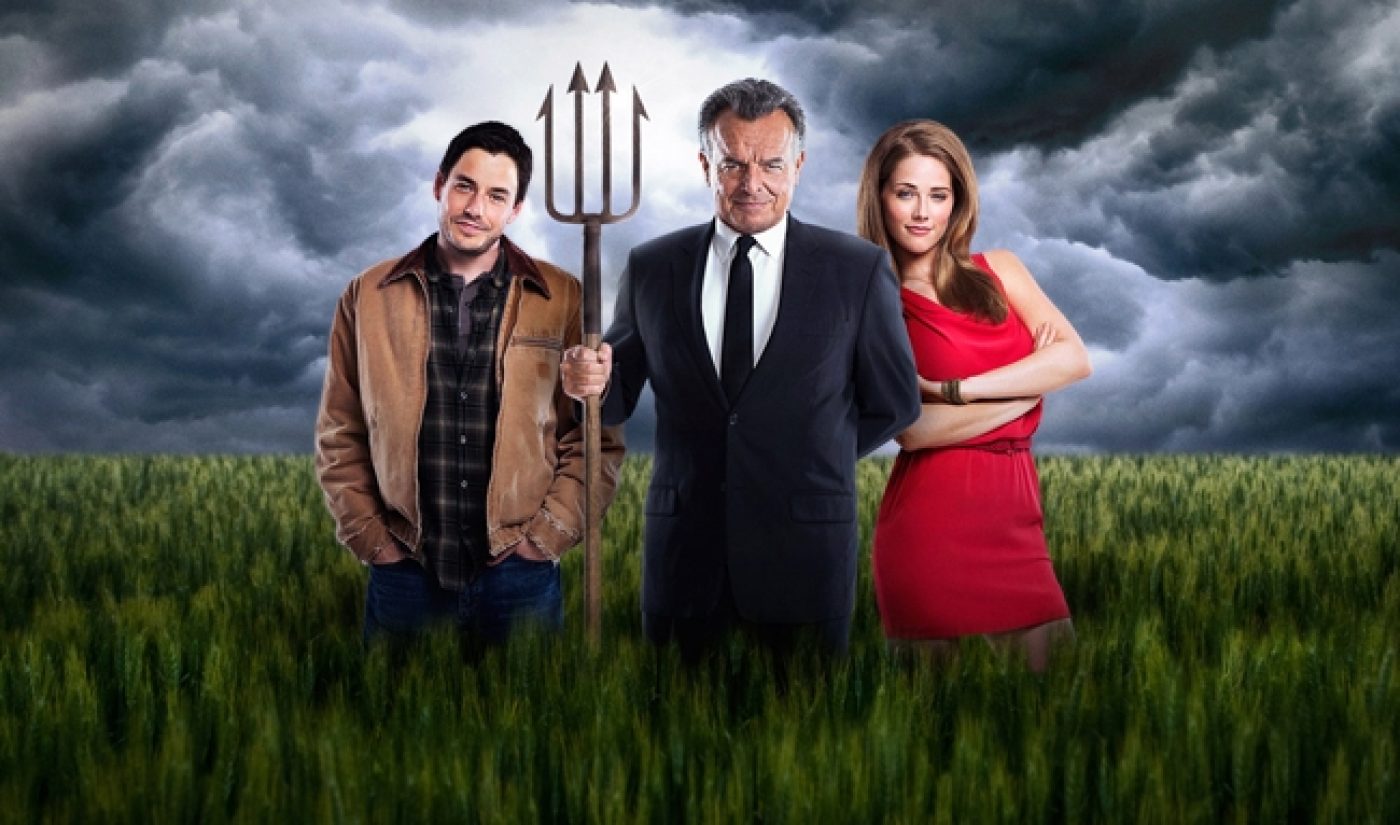 Three weeks after its trailer first debuted, Farmed and Dangerous has arrived. The first episode of Chipotle’s satirical web series is now available on Hulu.

Farmed and Dangerous follows Chip, a snarky activist who fights a shady corporation called Animoil. Animoil feeds its cows modified crude oil that happens to occasionally make them explode. Chip sets off the plot by uploading an exploding cow video to the Internet, creating a PR nightmare for Animoil.

The Farmed and Dangerous trailer made the series look very unsubtle in its delivery of an anti-agrocorp agenda, and the first episode plays much along the same lines. Animoil is constantly shrouded in dark clouds, the company’s boss cares more about his suits than his cows, and he takes Chip’s tongue-in-cheek suggestion of weaponizing the dangerous petrol feed at face value. If, after 20 minutes, you haven’t picked up the message of “big agriculture is bad,” then you weren’t really paying attention.

This is all part of the plan, of course. Farmed and Dangerous is trying to go so far over the top that viewers will laugh at its absurd characters and dialogue. While the series achieves that goal, it could use some more laughs. For all of its tongue-in-cheek satire, Farmed and Dangerous’ problem is that it is simply not that funny.

The idea behind Farmed and Dangerous–a branded series without the branding–is great, and the first episode has its moments. In the end, though, the next three episodes will need more laughs (and coupon codes for free Chipotle burritos, please).