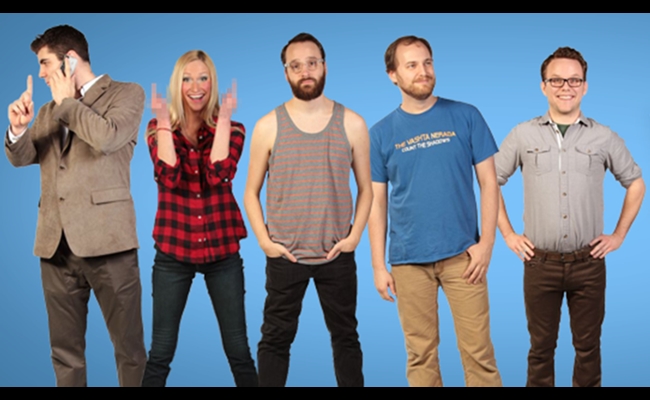 Project Name: Board With Life Season 2

Description: Board With Life is a comedy web series created by Moonrat Media. It follows a group of five tabletop gamers through their weekly play sessions, with each episode featuring a different board game. Each member is plagued with his own dysfunctions; some are too controlling while others too laid back, and the introduction of competitive board gaming only exacerbates these flaws.

Board With Life bears a lot in common with Nights at the Rou d Table, one of my favorite web series of the past year; in contrast, it is broader in its stereotypes and more focused on its characters’ lives away from the table, where we really get to see just how messed up they are.

Creator Bio: The majority of Moonrat’s YouTube channel is dedicated to Board With Life. The centerpiece are the six episodes of the series’ first season, which are available in full. The Moonrat team is also very plugged into the tabletop gaming community, as evidenced by the channel’s weekly gaming news videos. This Kickstarter campaign hopes to fund a second season.

Best Perk: For $750, the Board With Life team will riff on the Kickstarter campaign or board game of your choice. If you need some help choosing a game, you could always ask Wil Wheaton for advice.

Why You Should Fund It: As a board game geek, I’m particularly partial toward Board With Life, but you don’t need to be well-versed in Tammany Hall to enjoy what Moonrat Media are doing. Board With Life is a sitcom first and a treat for board game fans second, and it appeals to anyone who can enjoy a well-scripted, well-shot, well-edited web series.

In fact, I’m amazed that this entire production costs just $14,000. That’s next-to-nothing by web series standards, and it shows that Moonrat will put every penny of your money to good use.