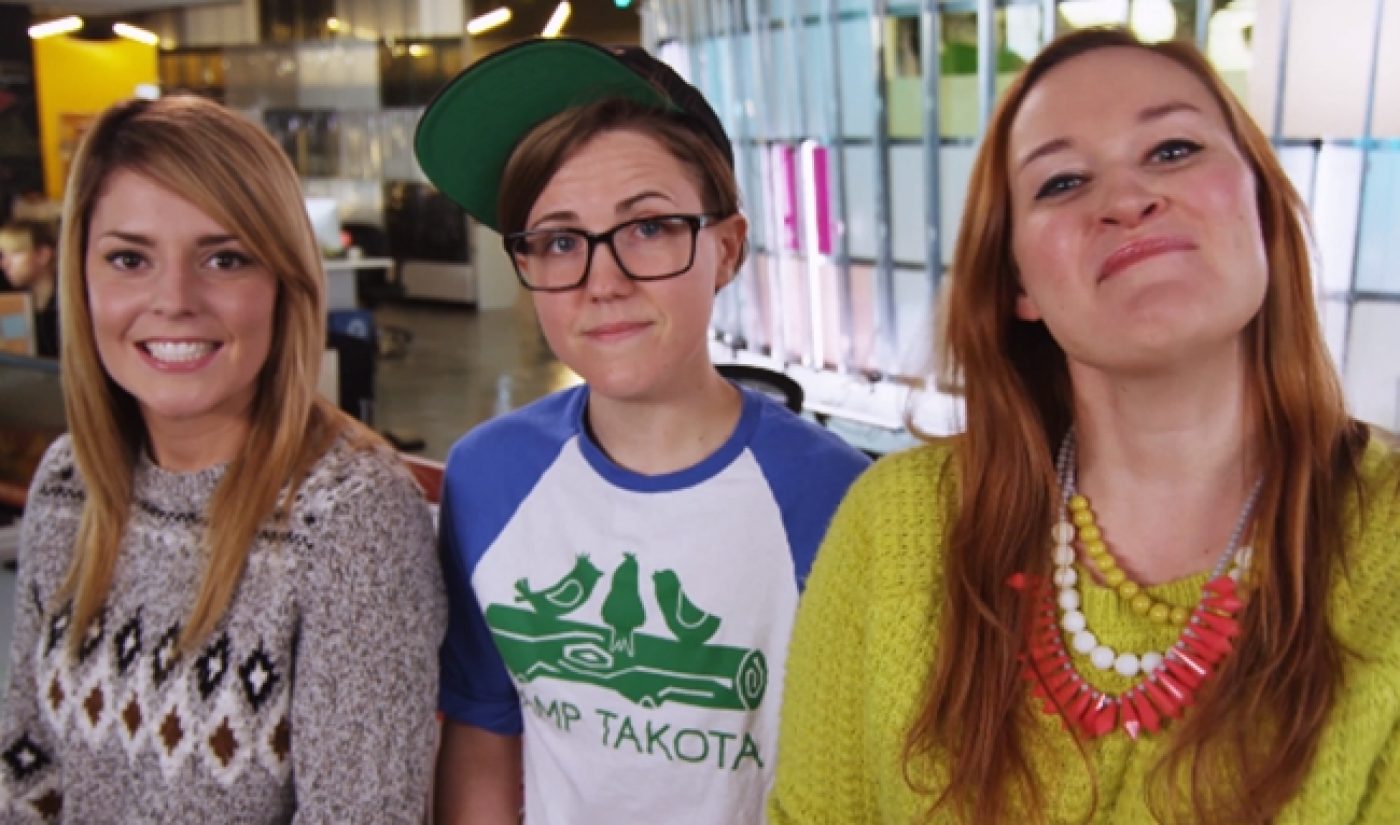 YouTube Nation, for those of you who haven’t been paying attention, is going strong. YouTube’s month-old daily video roundup has received plenty of love on the YouTube Spotlight channel, and the latest episode features a trio of guest hosts: Grace Helbig, Hannah Hart, and Mamrie Hart, who took over the YouTube Nation spotlight to promote their upcoming film, Camp Takota.

The centerpiece of Helbig, Hart, and Hart’s YouTube Nation episode is the extended Camp Takota trailer, which was released on Helbig’s channel last week ahead of the film’s Valentine’s Day debut. After highlighting that video, we are introduced to a number of other offbeat offerings, including this crazy highline video, Ryan Higa’s latest release, and, um, whatever this is.

Helbig, Hart, and Hart’s YouTube Nation cameo also reveals another important element of the show, as far as YouTube is concerned. When it launched, we noted that it was a way for YouTube to offer prime real estate to ad buyers, who can be promised that their ads will reach tens of millions of viewers through the YouTube Spotlight channel. By including guest hosts, YouTube is offering a similar deal to creators: Get big enough, and we’ll let you hang out in front of a ton of potential subscribers for one day.

For a site that hasn’t exactly been super friendly to its creator base, YouTube has done well to, at least once, turn YouTube Nation into an olive branch for its channels. I’m expecting (and hoping for)  more of these takeovers, even from creators who aren’t promoting upcoming projects.