YouTube Millionaires: Marquese Scott Is “A Bit Of A Perfectionist” 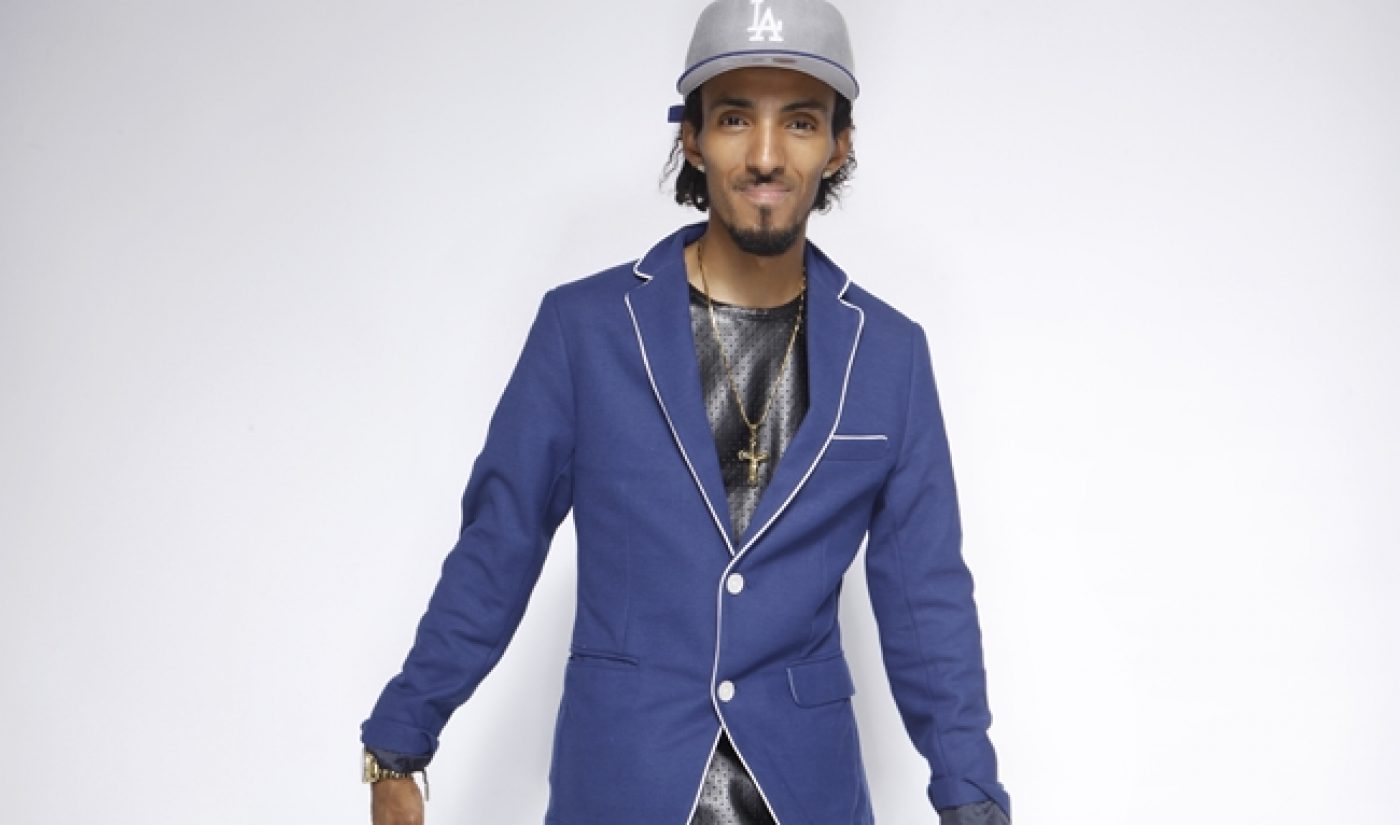 If you’ve seen just one of Marquese Scott‘s YouTube videos, it’s probably this one; the dubstep dancer’s ‘Pumped Up Kicks’ routine has been viewed more than 100 million times. If you take a longer look at Scott’s channel (partnered with Fullscreen), you’ll learn he isn’t just some one trick pony. Every single one of his dance videos is a mind-boggling concert of robotic, seemingly-inhuman dance moves. Scott’s incredible talent has netted him more than a million subscribers; here’s what he had to say about his channel:

Tubefilter: What do you have to say to your one million YouTube subscribers?

Marquese Scott: Thank you for everything! I can’t thank my audience enough because nothing I do would be possible without them. Just knowing that I have people following and supporting what I do is amazing. So thanks to my subscribers for continuing to tune in as well as non-subscribers for watching my videos. Without an audience I couldn’t do what I love.

TF: Dubstep is a relatively recent phenomenon. What sort of dancing did you do before developing your signature style?

MS: Before dancing to dubstep, I was mainly dancing to old school funk, hip hop, and electro. Many of the old school pioneers like Mr. Wiggles, and Turbo & Ozone from “Breakin’” & “Breaking Two: Electric Boogaloo” were my heroes. In those days I was mainly practicing popping and locking.

TF: What is it about dubstep that, in your mind, makes it fun to dance to?

MS: One of the main things I like is the build up. There’s always 1 – 3 minutes before the actual break happens. I’d compare it to cooking food. It’s that anticipation you have while food is in the oven and you can smell it before it’s ready. I savor those moments. Then the beat drops and it feels like anything is possible. Dubstep doesn’t follow standard measures. There’s a ton of unexpected drops and beat changes. This is the part that’s more like Jazz, you know? It’s really good for telling a story because nothing ever has to be repeated.

TF: How do you develop each dance routine and how much time does it take to make and release each video?

MS: It depends on the type of video. For example, the video ‘Illusions of Choice‘ was a group performance. It took us about 2 hours to come up with the routine. Then we captured everything in one shot. However, most of the time it’s just me. I simply set up the camera and shoot. I only restart if something unexpected happens. One time while filming I did what’s called “ground work” where I went down to the ground and all the change fell out of my pocket. I had to reshoot that. I later showed the footage to some friends and they said couldn’t tell. I guess I’m a bit of a perfectionist. Some people think bloopers are funny – and they are – but I know when I mess up and it just pushes me to try harder.

TF: What percentage of your effort do you devote to YouTube videos vs. live performances and other offline opportunities?

MS: That’s a tough question. I’d like to think I put a lot of effort into everything I do. But if I had to… I would say 60/40, YouTube videos vs. live events. With videos I take more time to play with the music. I use my videos to try new things and push my own boundaries. With my live performances, I like to dance to music that is familiar.

That way I know the music better and that gives me more control. Plus, that’s usually what the audience wants anyway.

Luckily, I never have to think about scheduling bookings. I have the best agent in world who handles all of my bookings. I get to show up and do what I love.

TF: Are you ever recognized by random people on the street?

MS: Yeah, it actually happens a lot. 7 out of 10 times I leave my house people come up to me and ask, “Are you that guy from the videos?” One time a group of kids were running after my car. I didn’t know what was happening so I pulled off to the side of the road. When they reached my door they told me they recognized my car from the tag WHZGUD2 and “Higher Dubstep” video. It was surreal.

It’s funny. I really think about my appearance when I’m out in public now. So many people have asked for a picture. I’m flattered when this happens and I always want to be presentable for them. For me it may be the 1000 time but for them it’s always the 1st. I’m used to it and I always do my best to be open to them.

TF: Have you ever suffered any injuries due to a misplaced step or similar accident?

MS: Sure, I’ve injured myself but it never stops me from dancing. I popped my shoulder out of the socket and I popped my knees a couple times doing “ground moves.” Some of the moves I do can be pretty hard on my joints. That’s why I practice.

TF: What tips would you give someone trying to learn how to dance the way you do?

The most important tip I can give someone trying to learn animation is to start with popping. That’s the route I took. Popping gave me foundation and structure. Once I felt comfortable I branched out to other styles. I really believe if you start with popping, take your time and learn the fundamentals you’ll have the discipline to expand into animation. It was a natural progression for me.

Once you start animating don’t try to catch every beat. You’ll look like you’re doing too much. Also, remember that it’s an art form so it’s okay to take your own approach. Take the time to develop your own style.

TF: What’s next for your channel? Any plans to feature other content besides dubstep/EDM dancing?

To be clear, I’m not changing what I do but I’d like to start promoting new artists. There are so many people that inspire me and I’d like to share them with my audience. I’m calling it, ‘Pick of the Week.’ Every week I’d like to find new djs, musicians, or dancers that deserve more exposure. I’ve done a little of this in the past and a few unsigned musicians actually landed record deals! I want to give others an opportunity to do the same. If you are an unsigned artist, please send me your unreleased music if you’d like to collaborate.

‘Pick of the Week’ will be launching soon, so stay tuned!