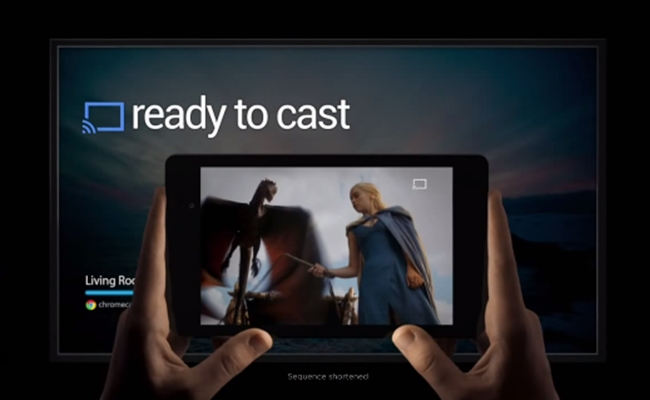 When it hit the market in July 2013, Google’s Chromecast device was supposed to revolutionize the digital TV market. While Google claims that Chromecast sales were strong in Q4 2013, the affordable dongle hasn’t quite reached its potential, and its somewhat lacking app library is a big reason why. In its latest development, Google is attempt to solve this problem by opening up the Chromecast app library to all publishers.

Google is facilitating the construction of Chromecast apps through the Google Cast Software Development Kit (Cast SDK), which is now available. All developers are welcome to use the new kit, which has been tested by the likes of Netflix and HBO. A teaser released today shows HBO’s app in action:

The Cast SDK will make it easier for Google to catch its competitors and their superior app libraries. As noted in this infographic, Chromecast’s current selection lacks several popular offerings, including Spotify, Amazon Video, Crackle, most major TV networks (including NBC, ABC, and PBS), and all sports leagues.

Even if the Cast SDK doesn’t convince all of those companies to develop their own Chromecast apps, Google can still thrive off third-party developers. Roku used workaround apps like Twonky to allow users to access YouTube videos before the device offered an official YouTube app, and similar workarounds will likely become more commonplace on Chromecast thanks to the Cast SDK.

Google even hopes the Cast SDK will help Chromecast offer more diverse options than music and video streaming. “Gaming is an exciting opportunity for what you can do with Chromecast,” said Chromecast director of product management Rishi Chandra. “It’s exactly the right model. The fact that it works with your iOS phone and Android tablet and Windows laptop is true multiscreen. There’s a lot of potential there,” he said.

The prospect of Chromecast gaming is exciting, but in the nearer term, the Chromecast app library is about to get a lot bigger. If Chromecast’s selection can match Roku and Apple TV, it will be hard for the competitiors to keep up.