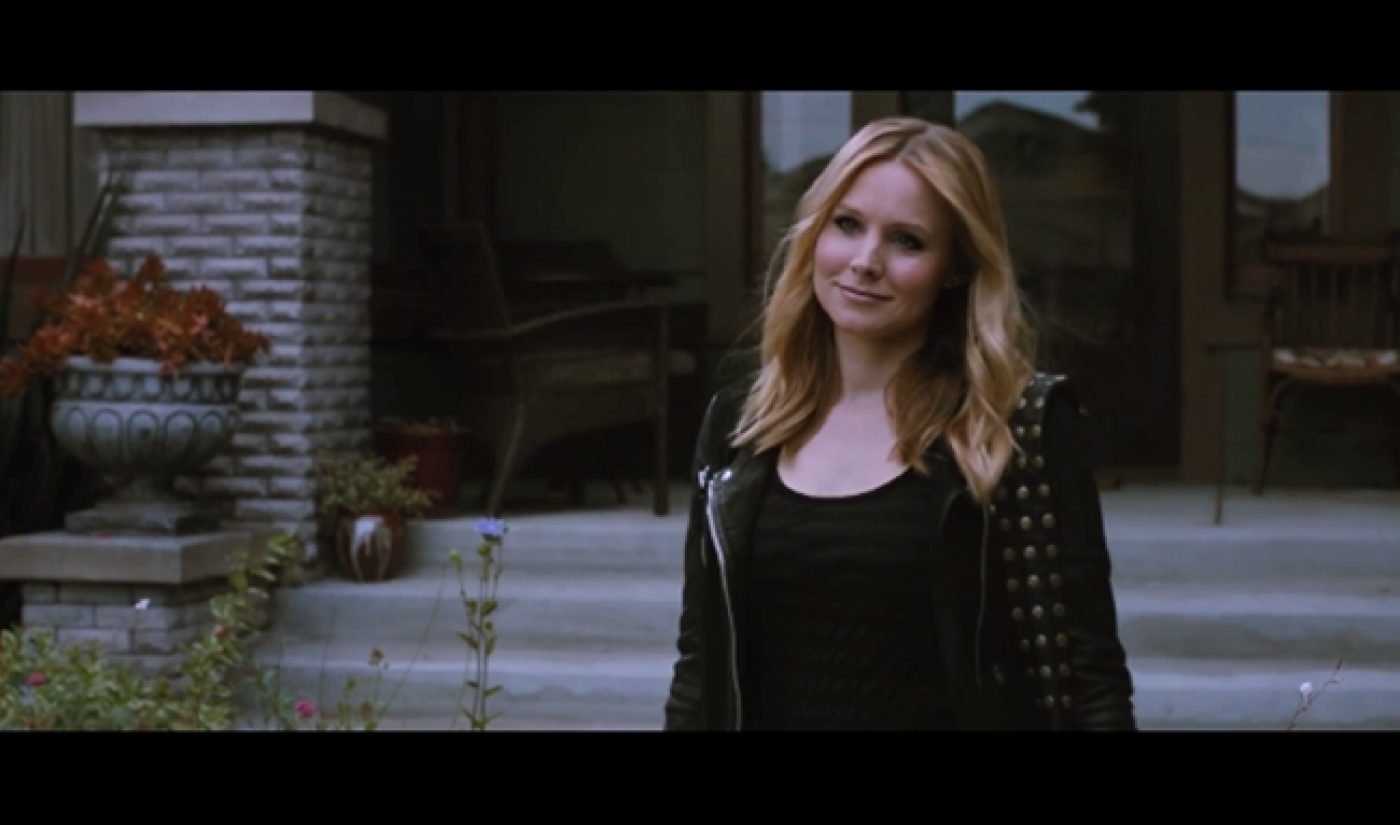 It’s been almost nine months since the Veronica Mars Kickstarter campaign changed the crowdfunding landscape by raising an unprecedented (by film/video standards) $5.7 million. While a sneak peek clip gave viewers a first look at last year’s Comic-Con, a full trailer has now been released.

Judging from the trailer, Kristen Bell‘s titular detective still possesses a snarky streak and an utter disregard for any sort of rules or regulations. The film will follow her and her boyfriend Piz (Chris Lowell) as they travel back to Mars’ hometown, where her ex-boyfriend Logan Echolls (Jason Dohring) has been accused of murder.

The main attraction, obviously, is Rob Thomas‘ fast-paced and witty script. His talent was a major factor in the project’s ability to raise the money it did, so if the trailer is to be believed, the 91,585 backers won’t be disappointed.

The film will arrive in theaters on March 14th, less than a year after the completion of the crowdfunding campaign. It’s a very quick turnaround that evidences the power of the web. All hail king Kickstarter.