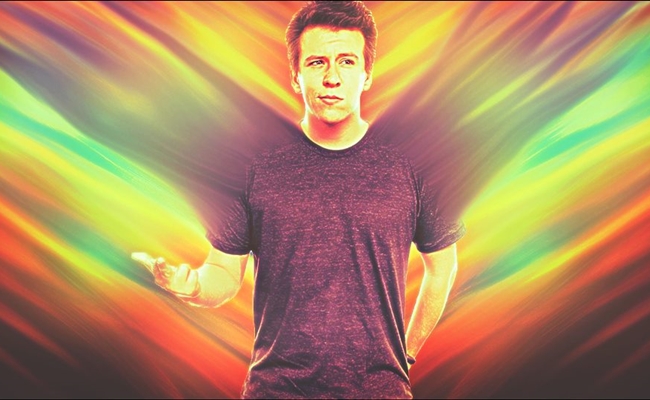 2014 May Be The Final Year Of ‘The Philip DeFranco Show’

Philip DeFranco is going to be a husband and a dad, and as a result, he might not have time to be the world’s sexiest Internet commentator. DeFranco has stated in a tweet that 2014 might be the last year of The Philip DeFranco Show, the alternative news program that initially launched him to YouTube superstardom.

Here’s the evidence. It could come to mean a lot or nothing at all, but feel free to speculate about it as you will.

You can’t blame DeFranco for at least thinking about wanting to move on. Between SourceFed, ForHumanPeoples, his vlogging channel, and impending parenthood, the 28-year-old has more than enough to attend to in a 24-hour day, even without his signature show. Plus, he’s one of the few YouTube personalities who’s been able use his personal success on the platform to build a business that’s now bigger than his personal brand.

DeFranco is in an enviable position, where he actually could stop making his first-person program and still have a thriving business. Not many other online video personalities could leave their incredibly successful vlog-style show and continue to make a living by way of other gigs or initiatives. Yes, The Phillip DeFranco Show is a great program and promotional tool for all the properties that make up DeFranco Creative, but DeFranco’s built those properties up to the point where they’re certainly capable of sustaining themselves without him appearing in front of the camera every Monday through Thursday.

Since uploading the first episode of The Phil Defranco Show on June 21, 2007, Defranco has shown remarkable consistency. He uploads four days a week, with his combined output totaling 1,275 videos, more than three million subscribers, and close to 1.2 billion views. Here’s his latest episode of PDS:

Even without the whole ‘wife and kid’ thing, creating that much material has to take its toll. Ultimately, I think he’ll go the route of ShayCarl by switching to a less-frequent schedule that still very much keeps him in the public eye.

Of course, if The Phil DeFranco Show does go away, one thing’s for sure: I’d miss that little monkey.