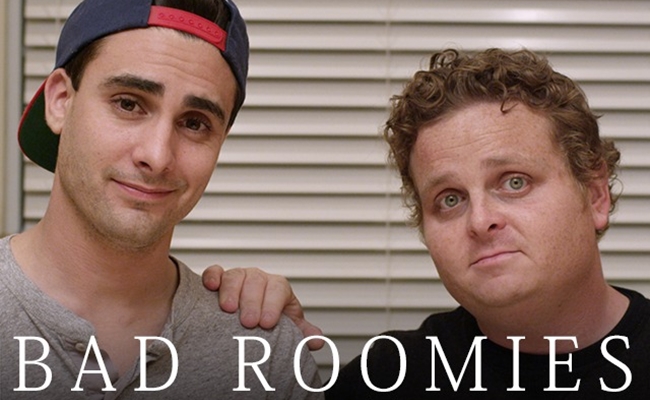 Description: Bad Roomies is a planned feature film about two roommates, played by Patrick Renna and Tommy Savas, whose lives are perfectly normal–until their third roommate dies. The ultimately settle on a new third wheel, a “sexy” and “conniving” woman played by Lindsey Reckis of Reckless Tortuga, which sets a madcap screwball comedy in motion.

Creator Bio: Renna and Savas are both fringe Hollywood guys who have had numerous roles in film and TV. Savas is also a regular performer on Reckless Tortuga, and the YouTube sketch channel is on board for Bad Roomies. In addition to Reckis, Eric Pumphrey will also have a role, and Jason Schnell will serve as the director.

Best Perk: Renna is probably best known for playing Hamilton Porter in The Sandlot, and for $150, he will sign a baseball for you and send nostalgia flowing down your spine.

Why You Should Fund It: Did we mention that this is a joint production between Hamilton from The Sandlot and Reckless Tortuga? Because that should be reason enough to fund it right there. But if that doesn’t convince you, a recent short starring the film’s cast (and featuring a guest appearance from Tom of The Syndicate Project) gives us an introduction to the characters and the tone.

The short proves Renna, Savas, and the rest of the Bad Roomies team are committed to situational humor that isn’t overly reliant on slapstick. If you’d like to see 90 minutes of that, you know what to do.