This Interactive Infographic Shows The History Of Branded Online Video 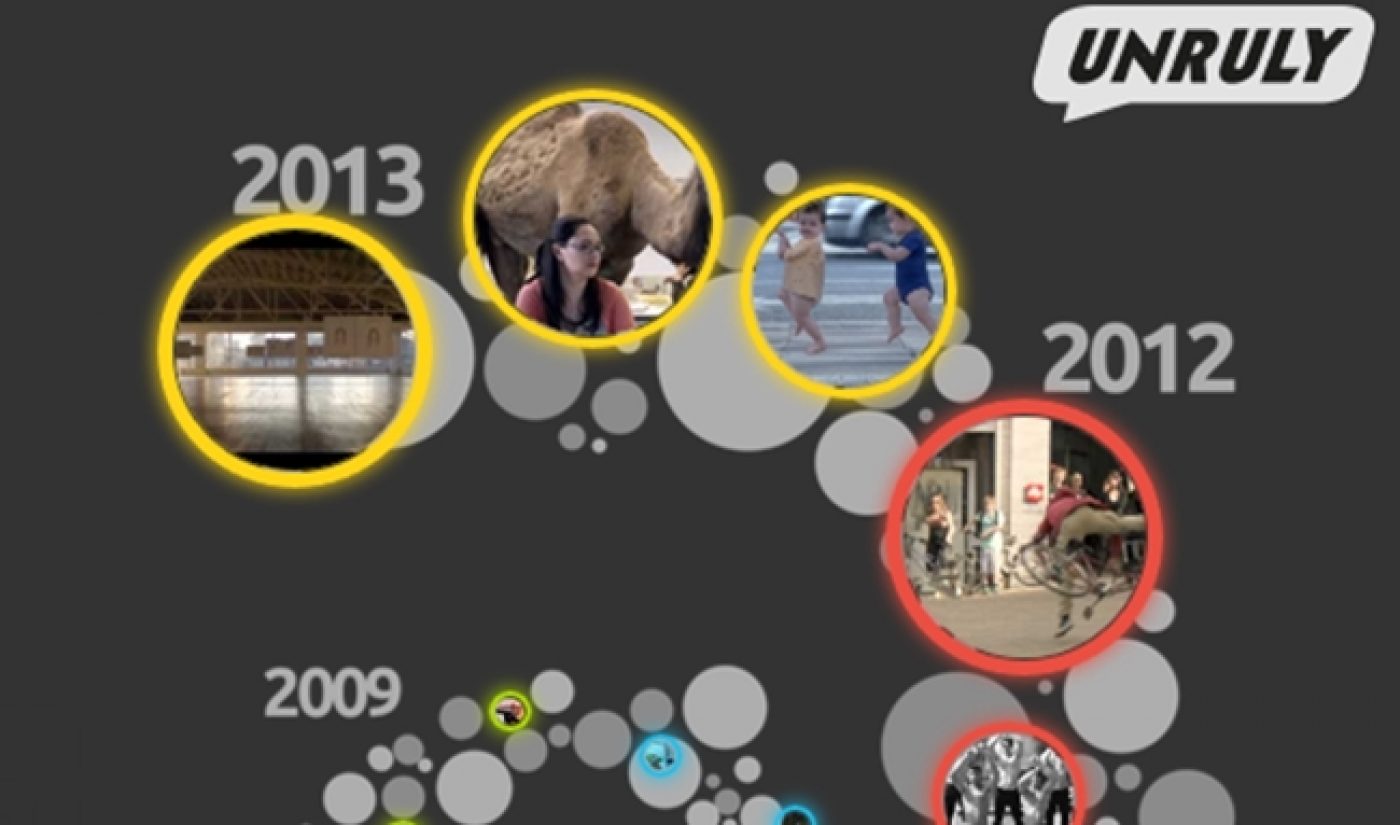 The online video advertising industry has come a long way since 2006, and Unruly Media‘s newest visualization is capable of providing a brief history lesson. The branded video agency has released its Viral Spiral, an interactive infographic that tracks the most trafficked branded videos from 2006 to the present.

A Fibonacci spiral is an accurate shape for such an infographic, since video traffic has increased exponentially since the rise of Facebook, YouTube, and Twitter seven years ago. Fittingly, Dove bookended the spiral by scoring a top-shared video in both 2006 and 2013, which helps illustrate the degree of the industry’s growth. 2006’s ‘Evolution‘ has received 60,900 shares, while 2013’s ‘Real Beauty Sketches‘ has received 4.3 million of them.

Additional info from Unruly reveals that the ‘game-changer’ was Old Spice’s classic ‘The Man Your Man Could Smell Like’ video. It hit the Internet in 2010, and shares have increased sevenfold since then.

There are lots of interesting findings to be uncovered in the Viral Spiral, which can be sorted and filtered in dozens of different ways. Even if you aren’t interested in uncovering trends, the infographic is still an excuse to watch all your favorite brand videos again.

“As well as demonstrating the exponential growth of the medium, The Unruly Viral Spiral aims to provide a micro history of the medium and a ‘greatest hits’ for people to enjoy and share,” said Unruly COO Sarah Wood. I look forward to checking back with the Spiral seven years from now to see how many shares Dove is raking in then.