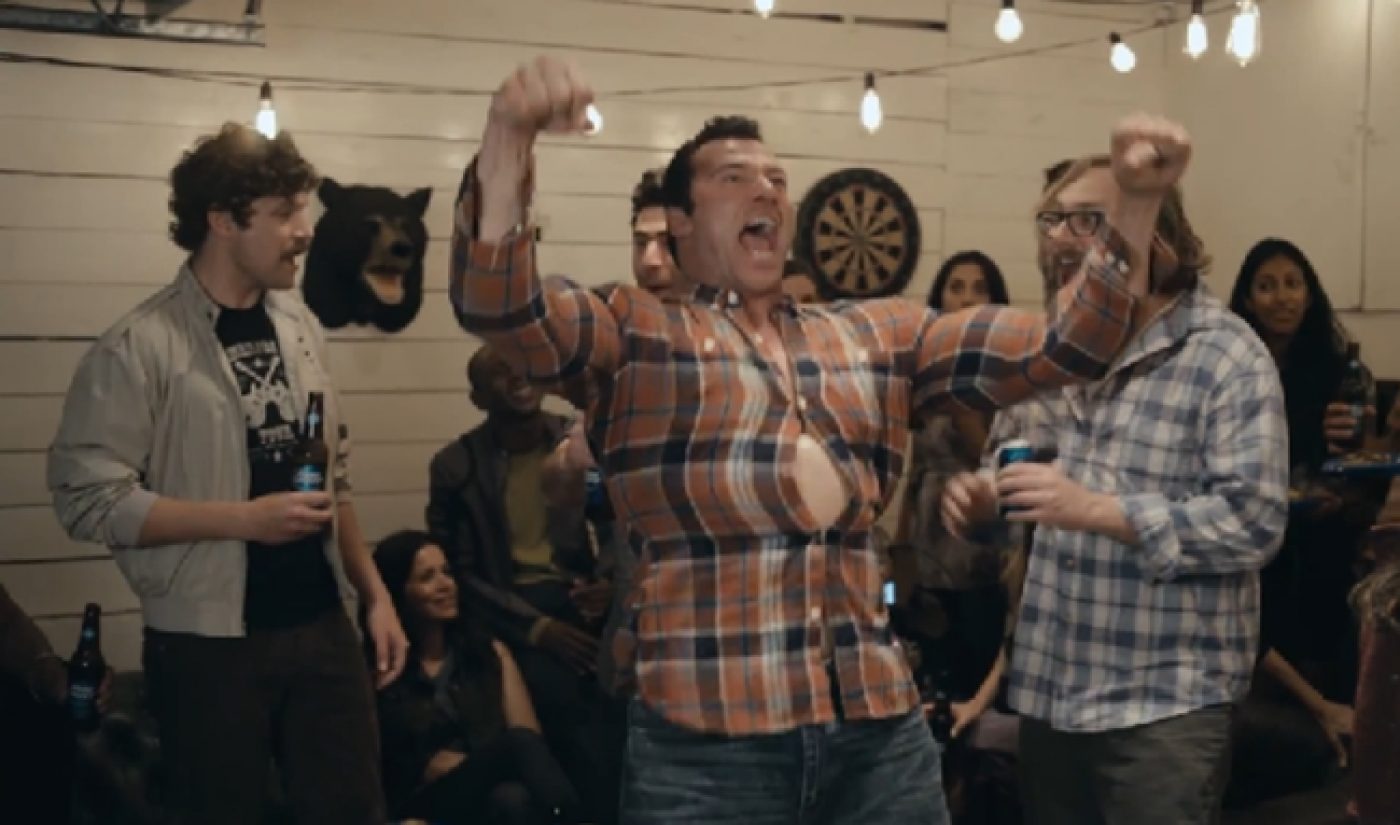 John Krasinski has stepped behind the camera for a series of branded shorts. The Office funnyman has teamed with Bud Light to direct Hold My Beer, a campaign based off an Internet meme.

Each Hold My Beer video features a bunch of dudes who give their friends the titular instruction before trying something ridiculous, such as supercharged pushups or time travel. Bud Light’s plan, apparently, is to use the shorts to help move the brand away from the lowbrow humor often featured in its ads and toward a classier style. As Bud Light VP of US Marketing Paul D. Chibe told the New York Times, the videos are meant to “make Bud Light humor more relevant and more contemporary.”

The Hold My Beer videos are inspired by a meme that is particularly popular on Reddit. It features photos, videos, and gifs of unwise stunts, which often (but not always) end in hilarious failure. In Krasinski and Bud Light’s case, however, failure is not an option. “The big issue I saw was that we were making fun of our drinker; instead of laughing with, we were laughing at,” said Chibe. “The best humor plays on human truths, which is what we’ve been trying to do.”

There will be more Hold My Beer videos to come, including some based around historical moments. The average YouTube viewer would probably like some slapstick fails to emerge from the campaign, but as long as Krasinski provides laughs (which he has thus far), the uplifting style is acceptable.