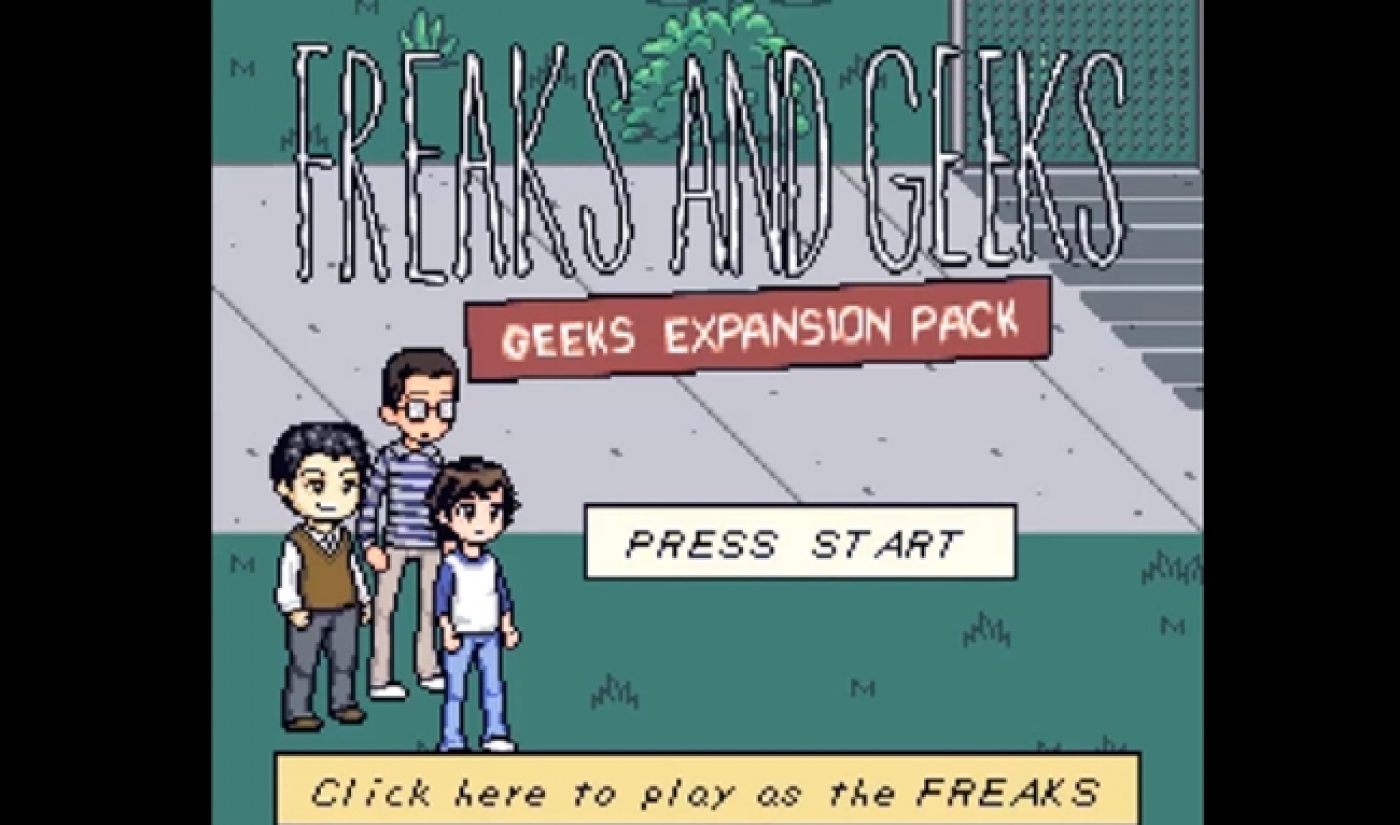 Six weeks ago, The Fine Bros continued their efforts to turn YouTube into a gaming platform by releasing an interactive choose-your-own-adventure game based on short-lived NBC cult hit Freaks and Geeks. It was Benny and Rafi Fine’s third YouTube game based off a popular franchise, and this time, they are expanding their creator even further. After the initial game chronicled Lindsay Weir and her band of freaks, a new “expansion pack” allows users to control Lindsay’s brother Sam and his pack of nerd friends.

The expansion pack plays out across nine videos, which viewers access by clicking on YouTube annotations from previous videos. The goal, as any Freaks and Geeks fan worth his or her salt will know, is to woo the girl of Sam’s dreams, Cindy Sanders. Of course, those fans will also know that this quest doesn’t end exactly the way Sam planned.

As with the first game, the geek expansion pack features chiptune jams and matching 8-bit animation courtesy of video game-inspired artist Doctor Octoroc. “The 3 man team of us and Doctor Octoroc love creating these new forms of entertainment utilizing new media in another fun way with this follow up experience,” said The Fine Bros in an e-mail.

The geek expansion is pretty light fare, and it makes for a nice break from your regularly scheduled Fine Bros  programming. Though it is branded as an expansion pack, it’s honestly the completion of what was previously an incomplete project. The freaks may have gone on to higher heights, but the geeks deserve their day in the sun as well.