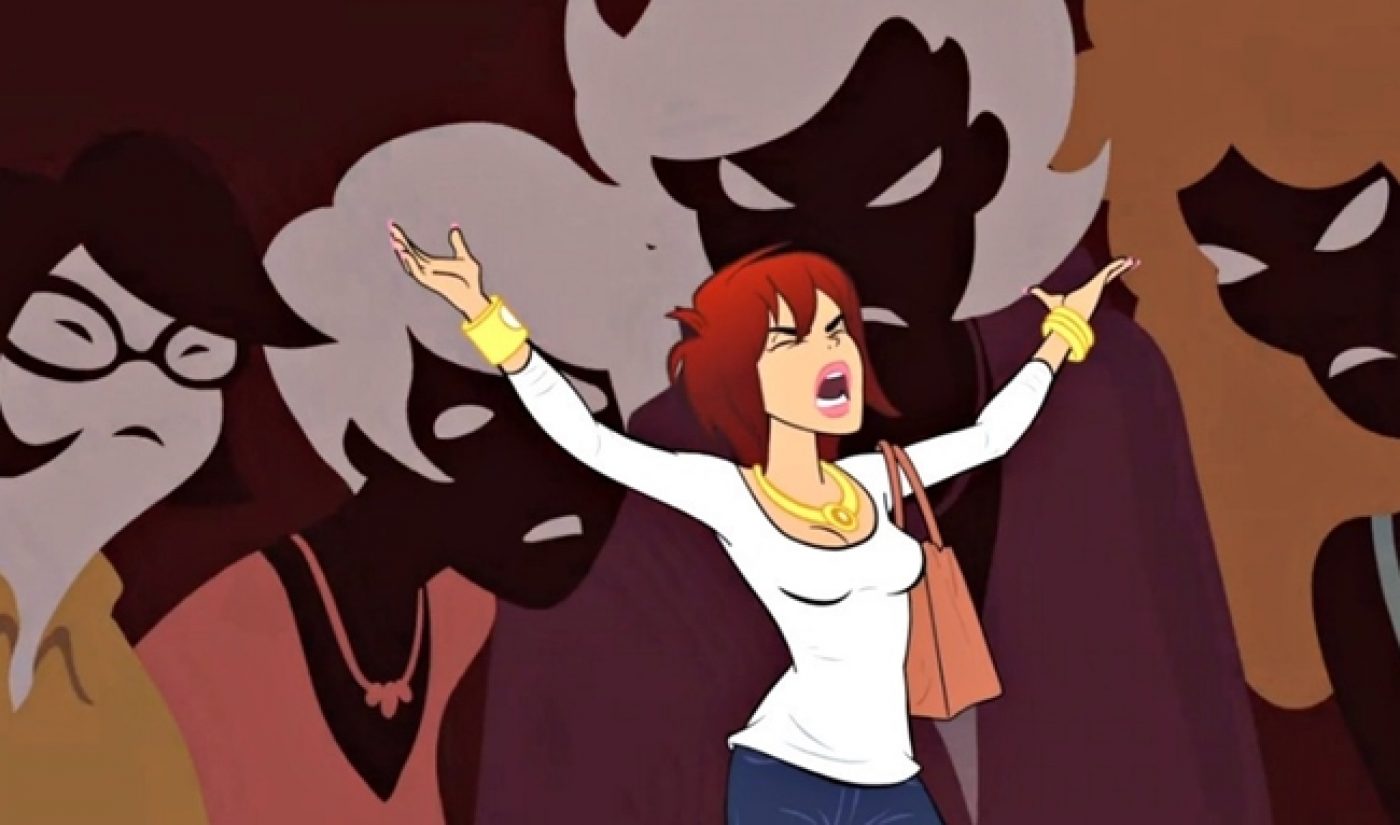 It hasn’t been the best week for Hulu. The premium online platform saw Netflix sign a big-time distribution deal with Marvel, even though the company that owns Marvel, Disney, also owns part of Hulu. Meanwhile, former Hulu CEO Jason Kilar poached another one of the company’s top execs by recruiting VP of Product Lonn Lee to work on his new startup, The Fremont Project. The release of Hulu’s newest original, Mother Up!, hasn’t helped matters. The reviews are in for the Eva Longoria vehicle, and many have not been kind.

Like another recent Hulu debut, The Awesomes, Mother Up! is an animated comedy led by a likable traditional media star. This time around, that star is Longoria, who plays a successful music executive who gets stuck in suburbia after a major career misstep. It’s a basic fish-out-of-water scenario that acts as a canvas for rapid-fire, colorful, and often slapstick gags.

For many critics, it doesn’t quite work. “Unfortunately, after going to the trouble to create a new kind of comedic anti-heroine,” writes Mary McNamara in the LA Times, “the creative team took the easy way out, relying on tired tropes and manufactured scenarios to make its point.”

Mashable’s Jean Bentley voiced a similar opinion. “Mother Up! was clearly envisioned as a sort of female-fronted Family Guy,” she writes. ” But the difference between Rudi and Peter Griffin is that although both are inept parents, Griffin is dumb and doesn’t know any better. Rudi is smart, but a lazy, awful person. It’s not funny watching her repeatedly fail to engage her children or show them any affection whatsoever; it’s sad.” Bentley continues with a more damning indictment: “Worse, perhaps: Family Guy is funny. Mother Up! is not.”

The first two episodes of Mother Up! are live on Hulu, so you’re welcome to draw your own conclusions.

Reviews for Hulu’s two other recent original programs–The Awesomes and Quick Draw–were also mediocre. These releases could represent a cold streak or they could be a sign that Hulu needs to step its originals game up if it hopes to compete with the likes of Netflix and Amazon.

Of course, new CEO Mike Hopkins seems more interesting in steering Hulu back towards its network TV roots, which could mean a decreased focus on originals. Even so, Mother Up!‘s frosty reception combined with Kilar’s continued poaching and Netflix’s Marvel coup makes the first week of November one that Hopkins will be glad to see pass.