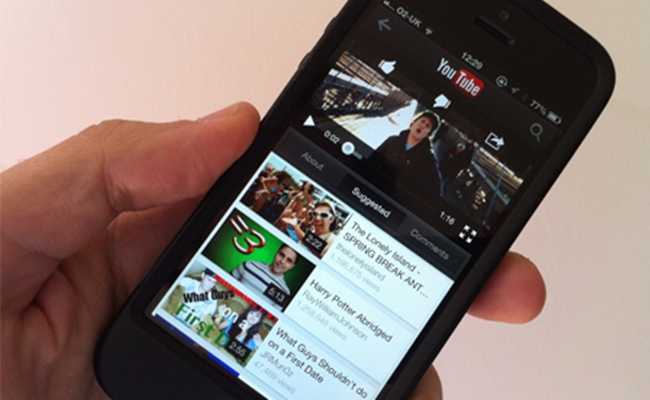 The most interesting YouTube-related factoid to come out of Q3 2013 earnings report related to the site’s popularity on mobile devices. According to the report, 40% of YouTube’s views now come from mobile devices.

The increased ease of mobile advertising has also spurned YouTube’s handheld growth. At this point last year, Google was just beginning to run ads on mobile Apple devices after losing its spot as the iOS’ nascent video player. Since then, Google’s increased proliferation of mobile ads has allowed it to rake in hundreds of millions of dollars in revenue. Once Microsoft finishes developing a more advertiser-friendly YouTube app for Windows Phones, Google will be able to push its mobile video revenue even higher.

“For years everyone talked about the multi-screen world, and now it’s arrived,” said Google CEO Larry Page. “We are closing in on our goal of a beautiful, simple and intuitive experience regardless of your device.”

Still not convinced mobile is the way to go for your YouTube watching needs? Keep in mind that a new feature debuting in November will allow users to save videos and watch them without an Internet connection. There’s no doubt that 40% figure is only going to go up, up, up.