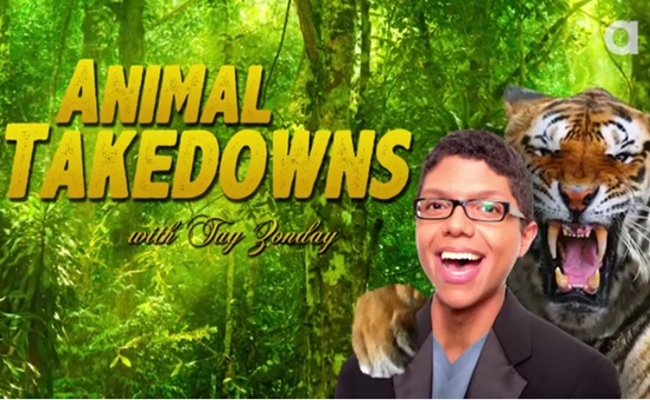 Less than five months ago, Revision3 launched TestTube, a sub-network that combined the video archive and influence of Discovery Communications with the talent of an online multi-channel network. TestTube has been an instant hit, with several fascinating channels and series from the likes of Tory Belleci and I F**king Love Science under its belt.

Discovery is following up the success of TestTube by organizing another group of Revision3 channels into a sub-network of their own. It’s called Animalist, and you can probably take a good guess as to what its theme is.

“Cats riding donkeys defined the early days of animal videos on the ‘net but today’s viewers want much more, and we’re bringing it to them with Animalist,” said Jim Louderback, head of Discovery Digital Networks. “Whether you identify with an animal’s instinctive nature – to hunt and fight for territory, or you identify with that innocent and trusting relationship between us and them, our addictive slate of shows will make you laugh, make you cry and make you smarter.”

Animalist’s launch library is a mix of existing Revision3 partners and new releases. The network’s Lil Bub web series lives there now, as does all of the adorable animal UGC videos from Petsami. New offerings include Animals With Low Self Esteem, which sounds like the name of a Tumblr blog but is actually a self-explanatory original creation, and Animal Takedowns, where host Tay Zonday narrates as the circle of life runs its grisly course. Resolution: Within a year, I want to have Tay Zonday narrating my life.

If Animal Takedowns doesn’t include an episode breaking down the recent viral video featuring a lame bunny and an opportunistic hawk, I will be very disappointed. In the meantime, Animalist has plenty of other intriguing series worth a look.