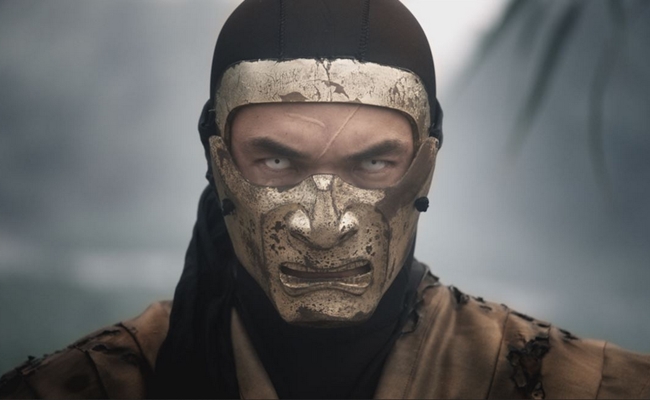 Mortal Kombat: Legacy‘s second season has arrived. After a hugely successful debut campaign back in 2011, Machinima has brought back all of our favorite brawlers while also introducing a few new faces at the action-packed Mortal Kombat tournament. Here’s the first episode:

To get some background on the series, we talked to its director, Kevin Tancharoen. Check out our interview below and don’t forget to watch the rest of season two, which is now available in its entirety.

Tubefilter: How does this season compare to the last one?

Kevin Tancharoen: This season is not going to be broken up like last season. Last season, we had to freely experiment because we had to test the waters on which style worked the best for the characters. This one is definitely linear–definite beginning, middle, end–and they’re all attached to each other throughout the tournament. We’ll get to see the action of the tournament but also some great backstories for some of the newer characters.

TF: What is it you think you learned from the first season regarding what people wanted to see?

KT: I know a lot of people wanted to see the actual tournament and not just a lot of backstory, so that’s what we did this time. There’s gonna be a lot more superpowers, as far as the visual effects and the special moves…and there will be a lot more fatalities this season. You’re definitely going to see some fatalities that you’ve seen and may remember from the video games.

TF: Is there any particular charater you’re excited to show off to fans?

KT: Well, I’m very happy to continue the Scorpion/Sub-Zero storyline. I’m excited to see how people react to our version of Liu Kang because, admittedly, he wasn’t a character I’m interested in because we’ve seen him in the other films and he’s basically Bruce Lee, so he’s not that interesting. This storyline, he’s completely different. I said the only version of Liu Kang I want to see is if the first time we see him he’s drinking alone at a bar. Drunk. And then that kind of informed this very unique story for him, he’s the antihero, he’s not the Liu Kang you know, he’s not a friendly guy, he’s just an angry person, and we get to see what that means for the tournament and everybody else involved.

TF: Do you think your goals have changed with this new season or are you still trying to do the same thing as season one?

KT: For this one, since it is more of a linear storyline, for me, this is opening it up for mortal kombat becoming more of a show, per se, whether it stays in the ten minute format or if we’re lucky enough to switch to a 45 minute, i could see this turning into something that feels more…like the first introduction into [a Mortal Kombat] universe. I definitely think that we gave them the drama in this one so we hope that people are in love with that as much as they are in love with the drama.

TF: Have you already talked to Machinima about bringing it to a third season or are you waiting to see what sort of response you guys get?

KT: We always talk about it. It’s an ongoing conversation and hopefully we can making it happen. Obviously, we want to see how season 2 does. I actually really like that their intention is to release all the episodes at the same time so that fans can binge watch it in the same way they do on Netflix.

TF: how are you balancing what the diehard Mortal Kombat fans want to see with the general audience that might not be as familiar with Mortal Kombat but is just looking to see a fun action series?

KT: I don’t want to just be a carbon copy of the ’95 film or some of the direct-from-video-game-to-screen adaptations. I think that’s kind of what have been wrong about video game adaptations in general. They don’t change the format according to the medium that is being presented. That is something that we very carefully have done. Obviously, when it comes to Mortal Kombat there are certain things you can’t ignore. Can’t ignore fatalities. Can’t ignore Scorpion saying “get over here“. There are certain things that you have to do. I’m just making sure to try and include that stuff as organic as possible while trying to tell a story that feels new and feels compelling enough to a non Mortal Kombat fan.

TF: Do you have specific techniques that you utilized knowing that you’re doing this for the web as opposed to any other platform?

KT: We treat it all the same, because at the end of the day, it’s all content. When it comes to digesting this type of material, I watch a lot of my digital stuff on my Apple TV and my Google television, not my laptop…we didn’t treat it as a digital series, we wanted to make it feel just as compelling and stand up against traditional TV or a movie.

TF: Is the Mortal Kombat feature film still going on? What’s the status?

KT: It’s still going on, in line with Warner Bros. They got a good script that’s just about done, and right now it’s in the budgetary phase…once they figure that out we can go off and do it.