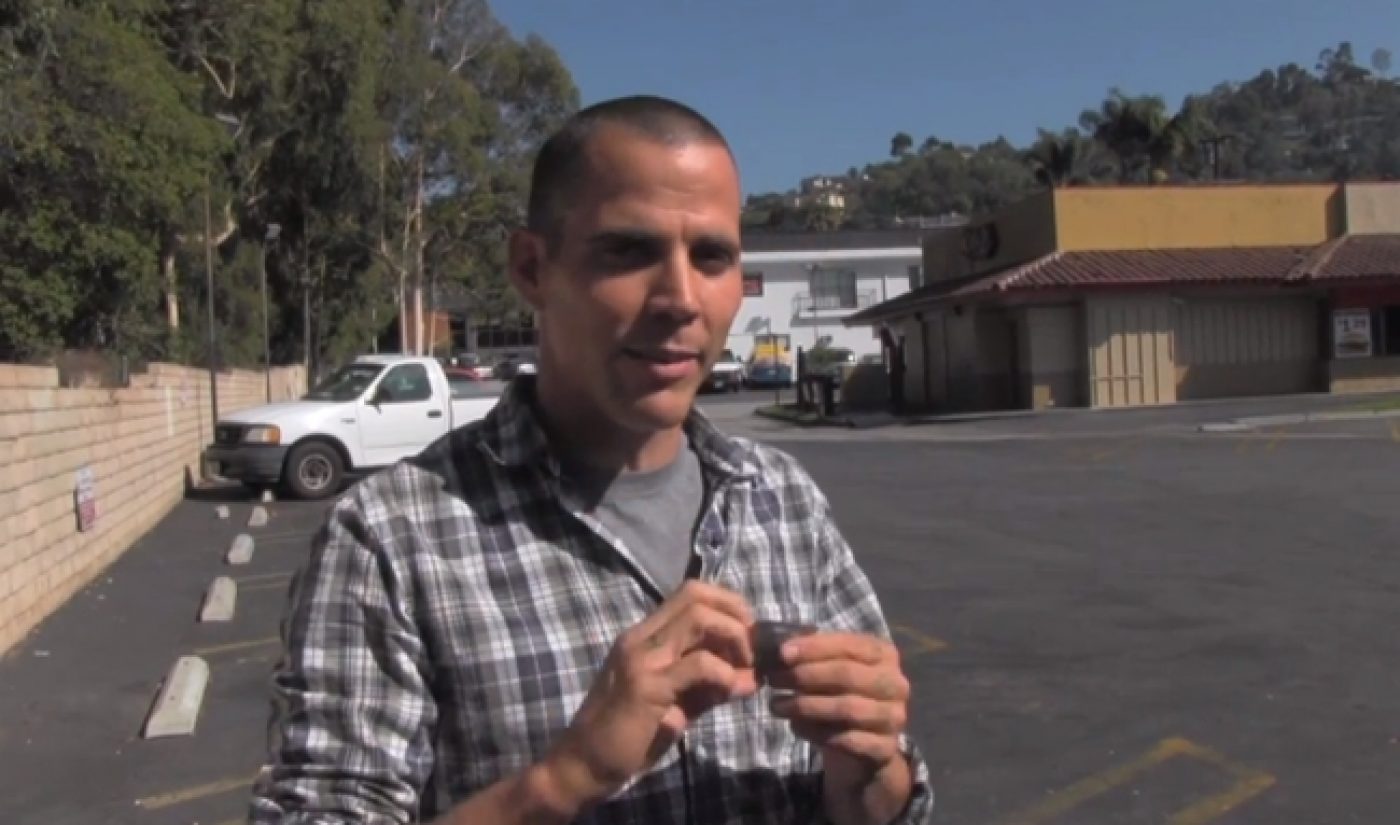 A certified Jackass is taking advantage of YouTube’s burgeoning prankster scene. Steve-O, who rose to prominence for his work on MTV’s Jackass (and the outrageous, very-much-R-rated quintet of films it has spawned to date), has launched a prank channel of his own, and he’s already scored plenty of subscribers.

Steve-O was always one of the more unhinged members of the Jackass crew, and we can expect him to go all out on YouTube, where restrictions are few and possibilities are endless. For his first video, he loaded up a condom with liquid fabric softener, which possesses the look and viscosity of, um, something else. Needless to say, this video is mildly NSFW.

As he enters the YouTube community, Steve-O is wisely making friends with the site’s top pranksters. Coinciding with the launch of his own channel, he has also teamed up for videos with the likes of Roman Atwood and Vitaly Zdorovetskiy.

Thus far, YouTube has been a perfect storm for Steve-O. When you combine his personal celebrity, the support of his fellow pranksters, and the general popularity of prank videos on YouTube, the result is impressive: One day after posting his first video, Steve-O already has more than 80,000 subscribers.

YouTube may not be the Wild West anymore, but it’s prank landscape certainly still is. The door is wide open for any semi-famous extreme stuntmen who want to make a triumphant return to the national spotlight. Will Johnny Knoxville join Steve-O? What are the Crank Yankers up to these days? Is America ready for more Tom Green? I hope to soon learn the answers to these burning questions.