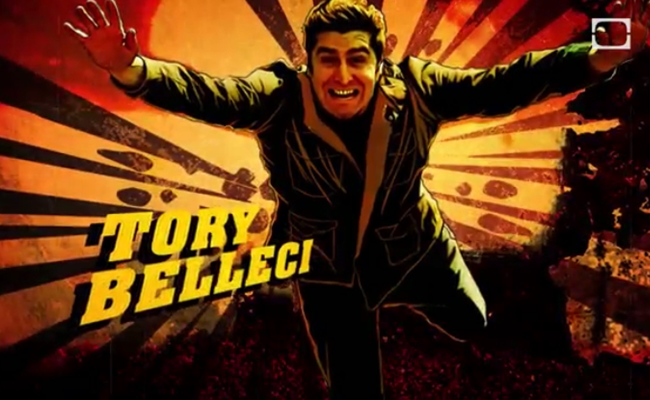 Mythbuster Tory Belleci’s ‘Blow It Up’ Is Really Self-Explanatory

Have you gotten tired of shows where common objects are blown to a fine pulp? No, of course you haven’t, because watching things blow up will never not be awesome. With that in mind, go ahead and check out the new show from Mythbusters cast members Tory Belleci. It’s called Blow It Up, and you’ll never guess what the premise is. Go ahead, take a gander.

Naturally, given Belleci’s ties to Discovery, Blow it Up is part of Revision3‘s TestTube sub-network. Each episode will feature a guest star, who will donate a much reviled item he or she wishes to see obliterated into oblivion. For the first episode, Revision3 founder David Prager offers up a car that he cannot sell and will not drive. As Prager watches from a nearby shelter, Belleci and “bomb tech girl” Francesca Garigue randomly choose a particular explosive to detonate. Sure enough, there’s very little car left once Belleci, Garigue, and their friend ammonium nitrate fuel oil have had their say.

“When Tory came to us with this idea, a show where he blows up items that have caused people pain, we said ‘you had us at ‘blows up,” said Revision3 SVP Ryan Vance in a blog post. “The show concept is quite simple, but it’s Tory’s personality and general great attitude that make it really special…also some of the most amazing explosions ever recorded on the Internet!”

Blow It Up continues several TestTube trends, including the network’s love of slow motion. It’s not terribly original, but should you watch it? Of course you should. Don’t be a fool.