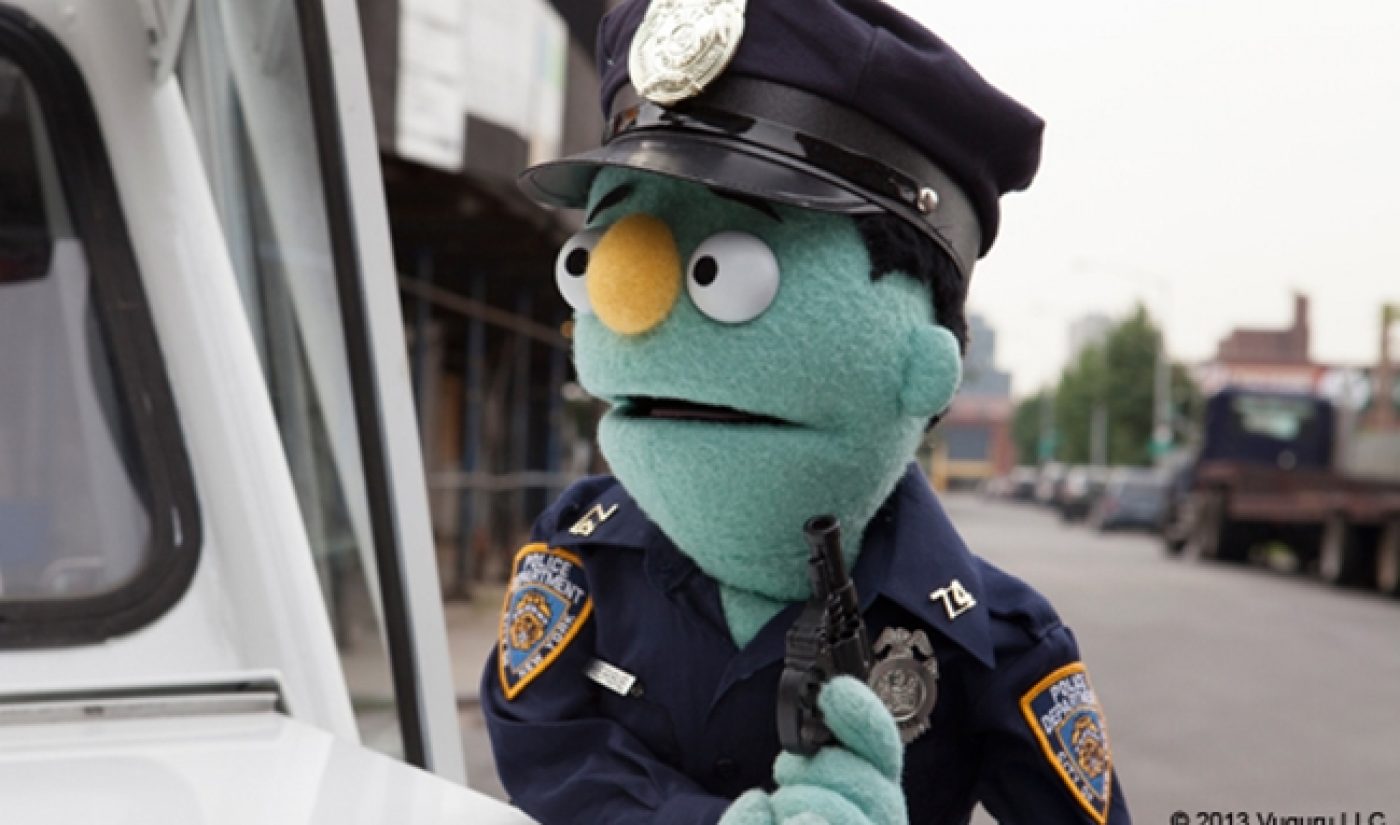 Ghost Ghirls may be the most exciting (and, from what I’ve seen, the funniest) of Yahoo‘s fall comedy debuts, but the four other series that launched alongside it on September 9th deserve mention as well. Tiny Commando, The Fuzz, We Need Help, and Losing It With John Stamos all have their moments, and thanks to a concurrent app launch from Yahoo Screen, they’re all available on a wide variety of devices.

Thanks to high-profile stars Zachary Levi, Ed Helms, and Gillian Jacobs, Tiny Commando is just as buzzworthy as Ghost Ghirls. In reality, the fun-sized action-comedy is…well, it’s unusual. Its ridiculous premise (where Levi plays a four-inch tall badass) takes some getting used to, but the first episode shows off some inventive uses of household objects (and features a great cameo from Chris Hardwick as a nerdy action figure nerd who falls for the Commando’s ruse).

Tiny Commando, though, is only the second strangest Yahoo comedy debut; the #1 spot goes to the fantastically weird The Fuzz, where puppet cops roam the streets while others live the life of crime. The result is a delightfully bizarre series halfway between Avenue Q and The Wire, albeit one with a very unusual tone.

We Need Help, starring Rachael Harris and Cheryl Hines, also has a fair bit of star power, and it provides a solid laugher for the demographic that isn’t interested in miniature secret agents. The final debut, Losing It With John Stamos, will go as far as its celebrity guests will take it. The first episode, starring Matt Stone, is far from the most exciting product we’ve seen from the South Park creator, though the Barbie and Ken dolls acting out his first time were a nice touch.

“Watching videos online has become part of people’s daily routines, and comedy has always been a big draw,” said Yahoo Head of Video Erin Mcpherson. “Content of this caliber deserves a great showcase, and Yahoo Screen is just that–a true destination where our users will be able to discover, watch and share not only first-rate comedy, but a wide variety of other engaging video. While this effort is just the beginning of building a world-class, multi-platform video experience for our users, it demonstrates our goal: to marry beautiful products, cutting-edge technology, and compelling content to create unique experiences for users.”

In addition to their collective home on the web, all of these series will be available on mobile platforms via Yahoo’s brand new Yahoo Screen app.

Beyond its new shows, Yahoo Screen is also home to a few returning programs, many Comedy Central clips provided via a partnership with Viacom, and the entire Saturday Night Live archive. The platform’s entire collection can be viewed here.