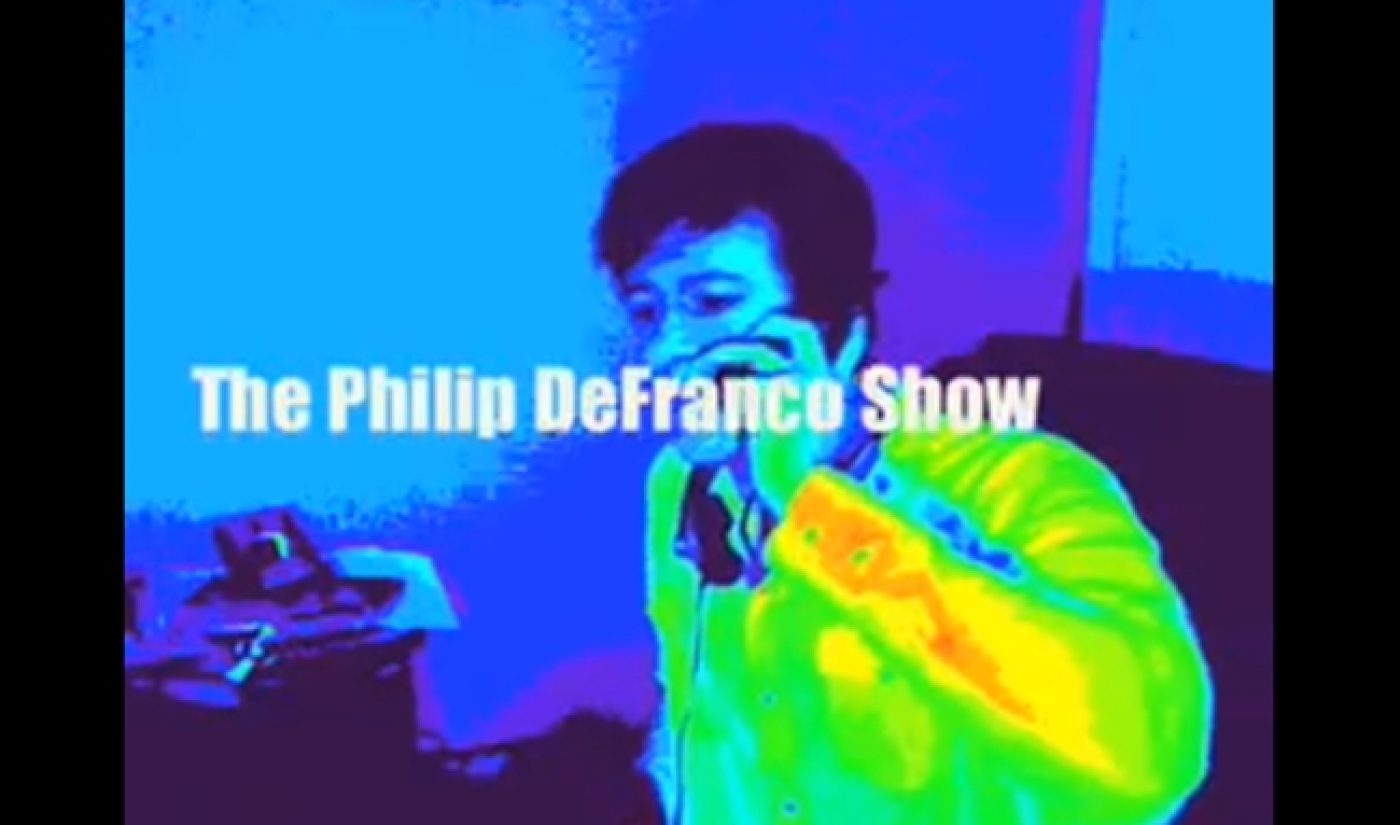 Bronx-born vlogger Philip “DeFranco” Franchina (a.k.a. sxephil) started in 2006 with a $20 dollar black and white webcam. Now, he’s one of YouTube’s biggest earners, with over 2.8 million subscribers, a billion+ views, his own network, an acquisition deal from Revision3, national media attention, a suh-weet hosting spot during the 25th anniversary of Discovery Channel’s Shark Week, and meetups with the likes of Vice President Joe Biden.

You can be jealous, but know that even YouTube celebrities with the status of PhillyD still started at just one view. Check out his humble beginnings:

So what can we learn from the tipping point video of a former biology major who only joined YouTube so he could “comment, rate and subscribe to Lonelygirl15 videos”?

Don’t let a lack of money, proper filmmaking equipment, a college degree, or even a home stop you from expressing your web celebrity! Back in the day, the World’s Sexiest Geek was so broke he was living out of his car, selling literally everything but his Mac and the shirt on his back, and shooting vids on a no-budget black and white webcam. When ‘Tube-noob DeFranco ran out of funds (pre-YouTube Partner Program), he got creative and tapped his viewers for donations. Nowadays, that’s called crowdfunding. Respect.

In the words of PhillyD, “Make cool shit, monetize later.” In our words, if you want viewers addicted to your channel like a mouse to gouda, create compelling, comedic, entertaining, sexy, or share-worthy content (read: don’t post boring vids no one gives a rat’s patootie about). Defranco’s Big Boobs and You features a funny vlog paired with a split-second boob shot that shot to over a million views and convinced its creator to change his content category to sex, gossip and news.

Having click-worthy video titles means everything on the web, where the average viewer’s attention span is fundamentally short. DeFranco does it right, creating clickable monikers like, “Lindsay Lohan is my Favorite Crazy White B*TCH” (Circa 2007), “The Jesus Weight Loss Diet” (2008), and “Wonder Woman Caught Pooping…..or Fighting Crime. I can’t tell.” (2011).

What works for the Web? Anything that’s cute, clever, catchy, humorous, attention grabbing, trending, or meaningful and actually related to your video content. And keep it under 10 words. Sometimes, viewers see ONLY the title (like, on phones), and you’ll often have a limited number of characters that can be displayed on a very short line of text.  Even when you’re allowed a thumbnail or still frame to accompany the title, the title is more important – especially since you may have limited choices on the thumbnail. Oh, and don’t use the default file name as your video title or include file extensions like .mp4 or .mov… ya dig?

The First Drafts Series is a Tubefilter column that highlights and critiques the first online video work of the world’s greatest online video stars. It is written by the savvy online video experts Frank and Lynn Chindamo. Frank teaches webisode production at Chapman University and USC School of Cinematic Arts. Lynn is an award winning webisode creator who has written and directed series for Babelgum, Planet Green, and Petco. She is the world’s first Internet Stardom Curator, with 500,000+ followers on Myspace, and has written a book on the subject – Internet Stardom: Insider Secrets to Web Fame and Fortune