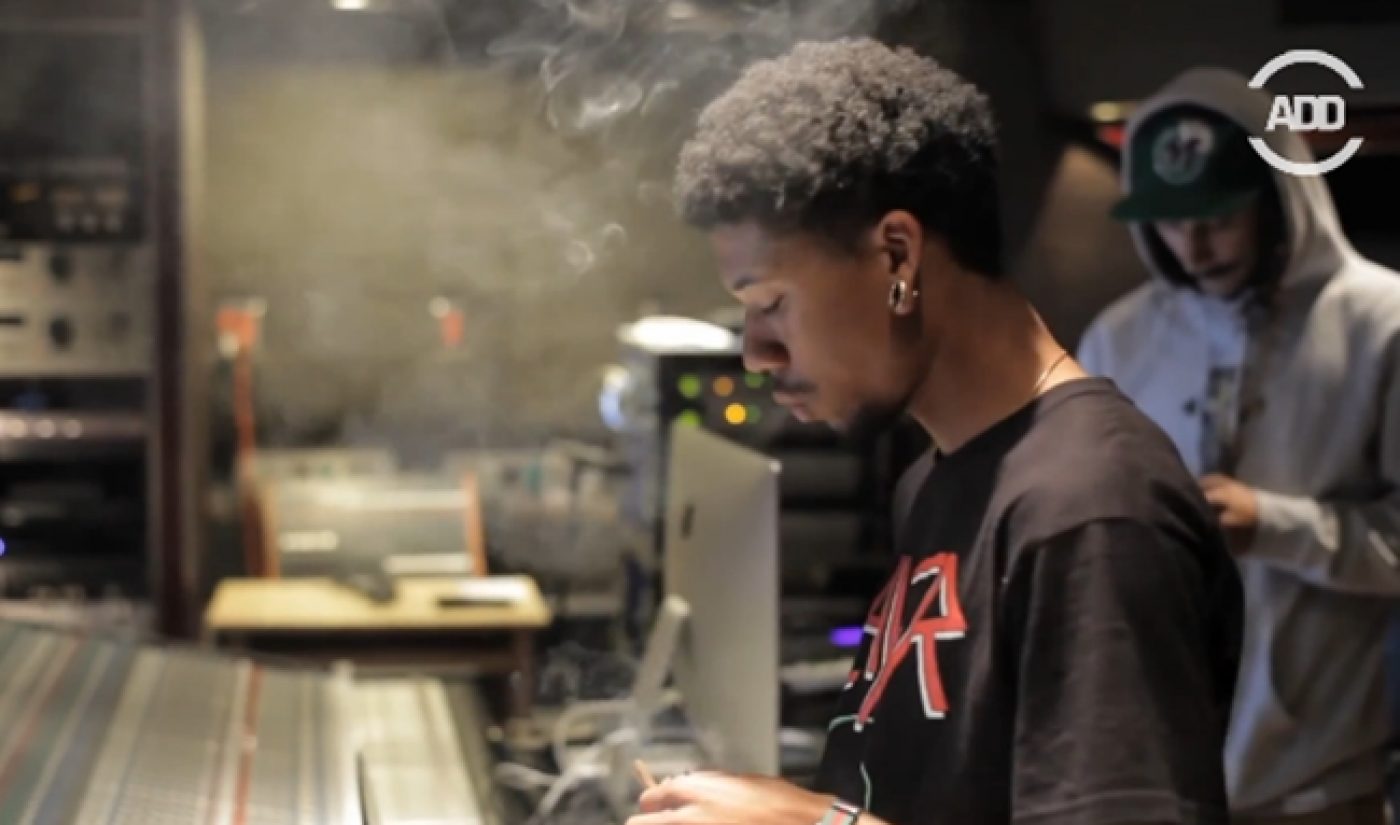 Russell Simmons‘ recently launched All Def Digital YouTube network will predominantly spotlight young, talented artists looking to gain a wider audience, but one of its first series takes an inside look at a trio of well known hip-hop personalities. Odd World: MellowHigh follows three members of the Odd Future Wolf Gang Kill Them All collective–Hodgy Beats, Domo Genesis, and Left Brain–as they record a mixtape for their new project, MellowHigh.

Though Hodgy, Domo, and Left haven’t not achieved the same level of mainstream attention as fellow Odd Future members Frank Ocean, Tyler the Creator, and Earl Sweatshirt, they share the same youthful energy and in-your-face attitude that has helped make Odd Future into one of hip-hop’s most controversial groups. Therefore, while Odd World will spend plenty of time in the studio, we can expect MellowHigh to throw out plenty of surprises. “I mean this is MellowHigh, so you really never know what to expect, do you?” asks Hodgy in the show’s first episode. “I mean, do you really know who MellowHigh is? I think you should try and find out.”

Beyond Odd World, several of All Def Digital’s other launch series have also attracted attention. The one that has thus far drawn the largest audience is Hacky Sack Millionaires, a very funny comedy that brings a gangsta attitude to the swagalicious world of professional hacky sacking, which is in desperate need of some real OGs.

Several other new shows will soon join the weekly schedule on All Def Digital. Think of it like a YouTube Original Channel, but with a much more diverse library that offers a little something for everybody.