What Can We Learn From PewDiePie’s Rise To 12 Million Subscribers? 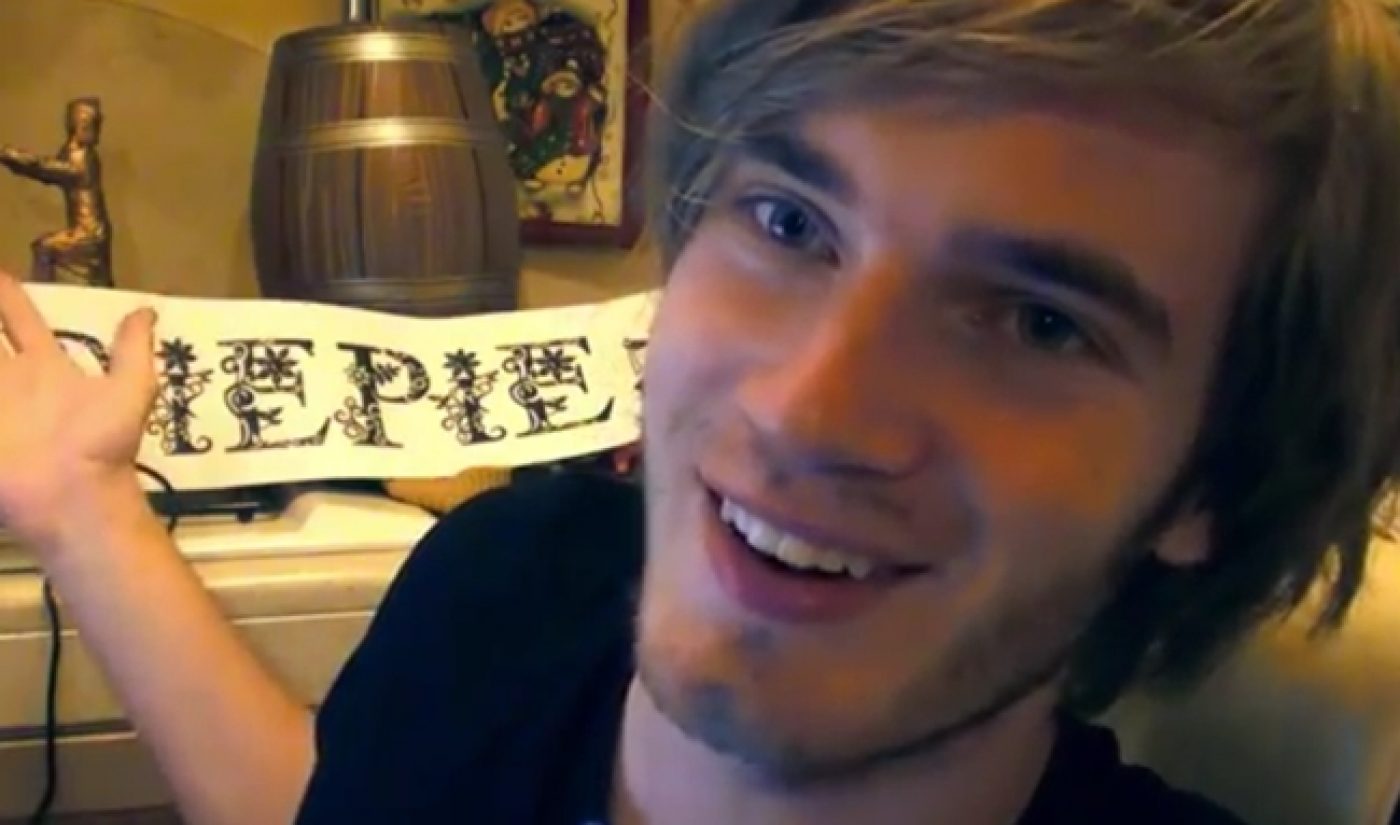 PewDiePie‘s rise to fame has been one of the most surprising stories of 2013. In January, Smosh claimed the top spot on YouTube’s subscriber leaderboard and looked to be securely set in that position. I predicted it would remain #1 for all of 2013, but its reign barely lasted eight months. Instead, 23 year old Felix Kjellberg came out of nowhere to dominate our YouTube charts all summer long, take over the top spot, and become the first creator with 12 million subscribers.

How did PewDiePie do it? At what point did his popularity begin to grow exponentially? Which videos or events were critical to his success? To answer these questions, we have to take a trip in the Wayback Machine. If you’re unfamiliar with it, the WBM allows users to view cached versions of particular websites, to see what they looked like one or five or ten years ago. If we put VidstatsX’s top 200 YouTube creators chart into the WBM, we can see a snapshot of where particular creators stood in the past.

Our first trip in the WBM takes us two years back, to 2011. At that point, PewDiePie was not even in the top 200. He still hadn’t cracked the YouTube elite at the end of the year. He didn’t appear in a top 200 cache until June 25, 2012. At that point, he had not just cracked the top 200; he was already up to 114th and was growing at the third fastest rate behind just Smosh and Jenna Marbles. By the next available cache, on July 13th, he had risen to 78th, had crossed one million subscribers, and was gaining new fans faster than anyone in the top 200.

From that point on, he didn’t look back. By the next cache (September 20th) he was up to 24th. The WBM doesn’t have anymore 2012 information until December 13th, when PewDiePie cracked the top ten for the first time. The rest is history.

OK. So we know that something happened for PewDiePie between April and June of 2012. When you examine the YouTube search volume for his handle over time, it also shows an exponential increase beginning around that time. When we drill down to that time period, however, there are no obvious spikes in search volume that set off his viral success.

The truth is that PewDiePie didn’t become the most subscribed YouTuber through a sudden viral hit or a change in his YouTube presence (a la Smosh’s meteoric rise coinciding with the launch of Smosh Games). Instead, he’s done it through unbreakable consistency. PewDiePie posts to YouTube almost every single day. When he started getting popular, he never let up his online presence, giving his Bro Army hundreds of chances to share his work with their friends.

Regardless of what you think of his videos, PewDiePie’s rise is a good lesson for anyone hoping to grow an audience on YouTube: there is no secret sauce. If you want to make it big, nothing beats consistency, hard work, and doing everything you can to keep your audience constantly engaged.