Jason Calacanis At Vidcon: Hey @YouTube, Can We Get A New Deal? 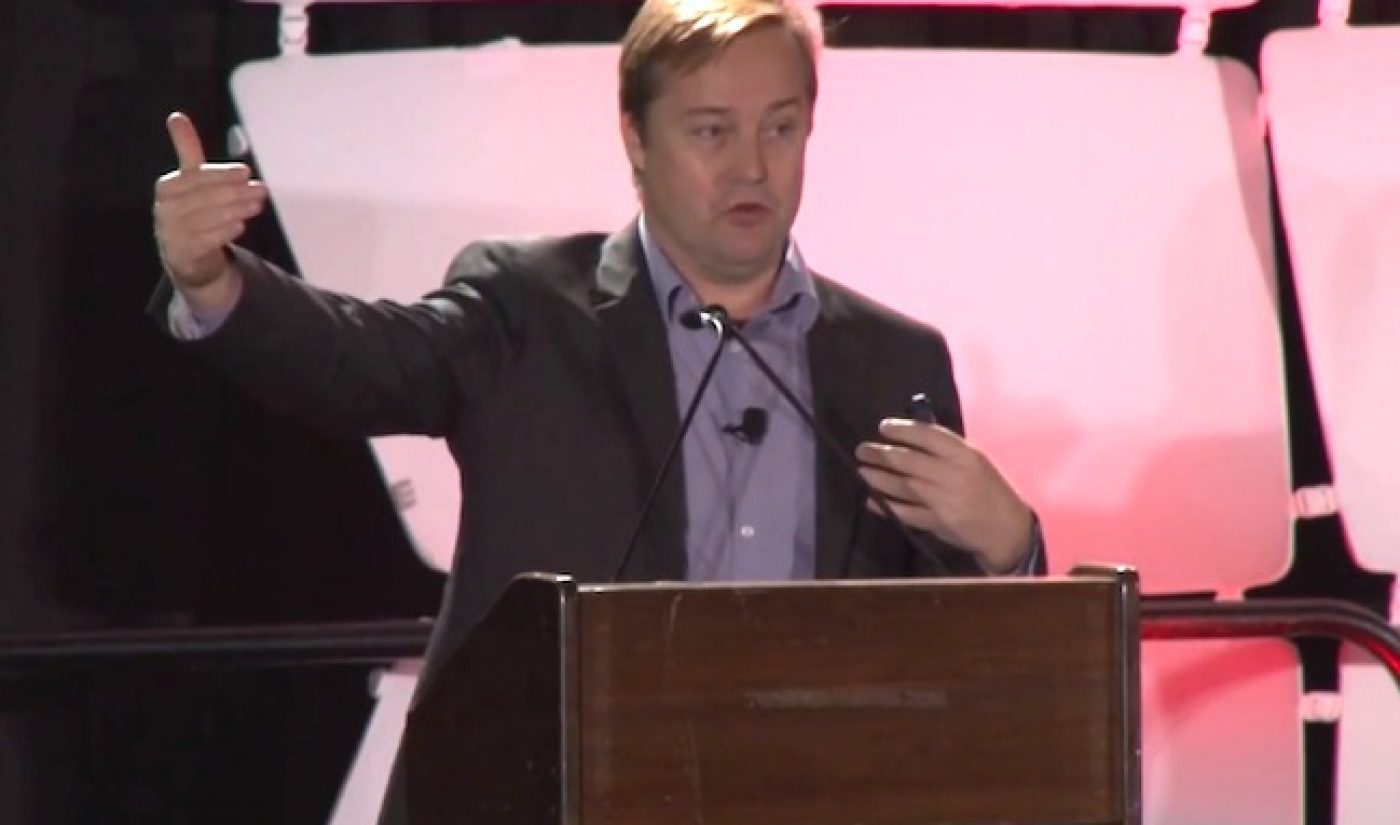 Investor Jason Calacanis has made our headlines several times in the last few months thanks to his willingness to air the grievances other YouTube creators are thinking about. Calacanis has posted some ultra-critical blog posts decrying YouTube and has hinted at the emergence of new platforms that will compete with YouTube by offering a better deal for creators.

During his keynote at Vidcon, however, Calacanis took a different route. Instead of telling creators how they can leave YouTube, he addressed the site directly, proposing a new deal that will provide more monetary assistance for creators and keep them from leaving the site.

Calacanis’ main talking point regarded YouTube’s revenue split with channels, which he says currently sits at 55/45 in favor of creators. According to Calacanis, this deal makes it impossible for channels to both produce quality content and hire a competent sales team, even if those channels have tens of millions of views each month. He explained how a more unbalanced split, along the lines of 70/30, would let creators make the money they deserve while also giving YouTube enough ‘vig’ to turn a profit. He also proposed better ad rates for more industrious creators. “Everyone should not get the same deal,” he said. “Effort should be rewarded.”

Some will surely view Calacanis’ proposal as an ideal scenario, but it still ignores the fact that no site is currently equipped to offer the same audience and exposure that YouTube does. The massive infrastructure costs absorbed by YouTube and its huge scale allow it to create terms fair or unfair until a true competitor emerges. Even if the reported 55/45 split seems onerous to some creators, those creators are still reliant on the site to build and engage their audiences.

Calacanis had some answers to this counterpoint. He suggested that all the creators in the room start an email list to begin converting YouTube subscribers to e-mail recipients. He also proposed an increase use of cliffhangers, where creators make viewers go to another platform to view the end of a video. Although by no means novel, these steps, along with other branding methods, can make a channel less reliant on YouTube.

Judging by the video, it doesn’t seem like Calacanis wants to fight YouTube; instead, he wants to compromise with the platform. He urged attendees to start posting a message on Twitter: “Hey @YouTube, can we get a new deal?” By his logic, if enough people raise the issue, YouTube will be forced to listen.

Thus far, the post hasn’t gained a lot of traction, so it has failed to be the Dog Day Afternoon-esque rallying cry Calacanis wanted. At least one of his points, however, is a valid one: Creators don’t need to beat YouTube. They just need to find a more prosperous way to join it.