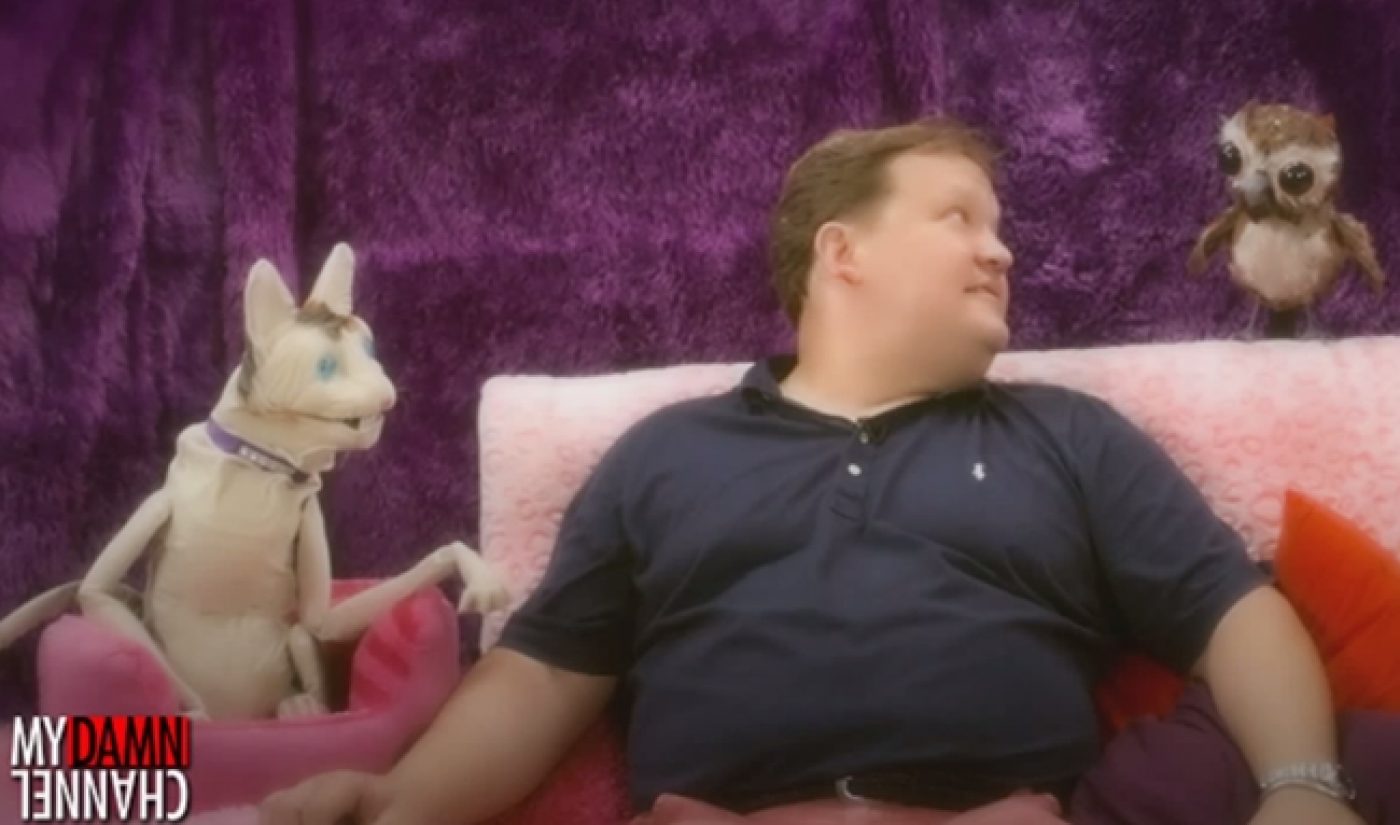 Back in June, My Damn Channel successfully completed its first Kickstarter project by raising $20,000 for Love Me Cat, a puppet talk show. Two months later, the first episode has arrived, with guest Andy Richter doing his best to keep up with his wisecracking companions.

Love Me Cat, created by writers Eric Kaplan (Big Bang Theory) and Andy Bobrow (Community), is best described as a mix between late night network TV and Mystery Science Theater 3000. The driving force of the show is the natural, witty banter between the hosts and guests; it just so happens that all of the hosts are strange-looking puppets. In addition to the titular feline, the cast includes Owly, a hapless owl; Bronzo, a pit musician in the vein of Paul Schaeffer; and Sheepy, an obnoxious sheep who serves as the show’s lone audience member.

In the first episode, these four characters crack some jokes at Richter’s expense, with the Conan right-hand man responding in kind.

“Celebrity culture, YouTube, interview shows and America are all about the quest for love,” said Kaplan. “Love Me Cat is a character that lets us walk the ragged edge between profound philosophy and total idiocy.”

Judging by Love Me Cat‘s trailer, there will be a lot more notable guests on the show, with Kaplan and Bobrow making use of their TV and Internet social networks. There will be guests from Big Bang Theory (Mayim Bialik, Johnny Galecki and Melissa Rauch), Community (Gillian Jacobs and Danny Pudi) YouTube (KevJumba), and My Damn Channel (Emma Caulfield, Grace Helbig, and Sam Greenspan). If watching these celebrities get belittled by a hairless cat is your cup of tea, be sure to keep an eye on Love Me Cat‘s My Damn Channel and YouTube homepages this fall.