#GeekWeek Videos From Around The World Arrive On ‘Global Monday’ 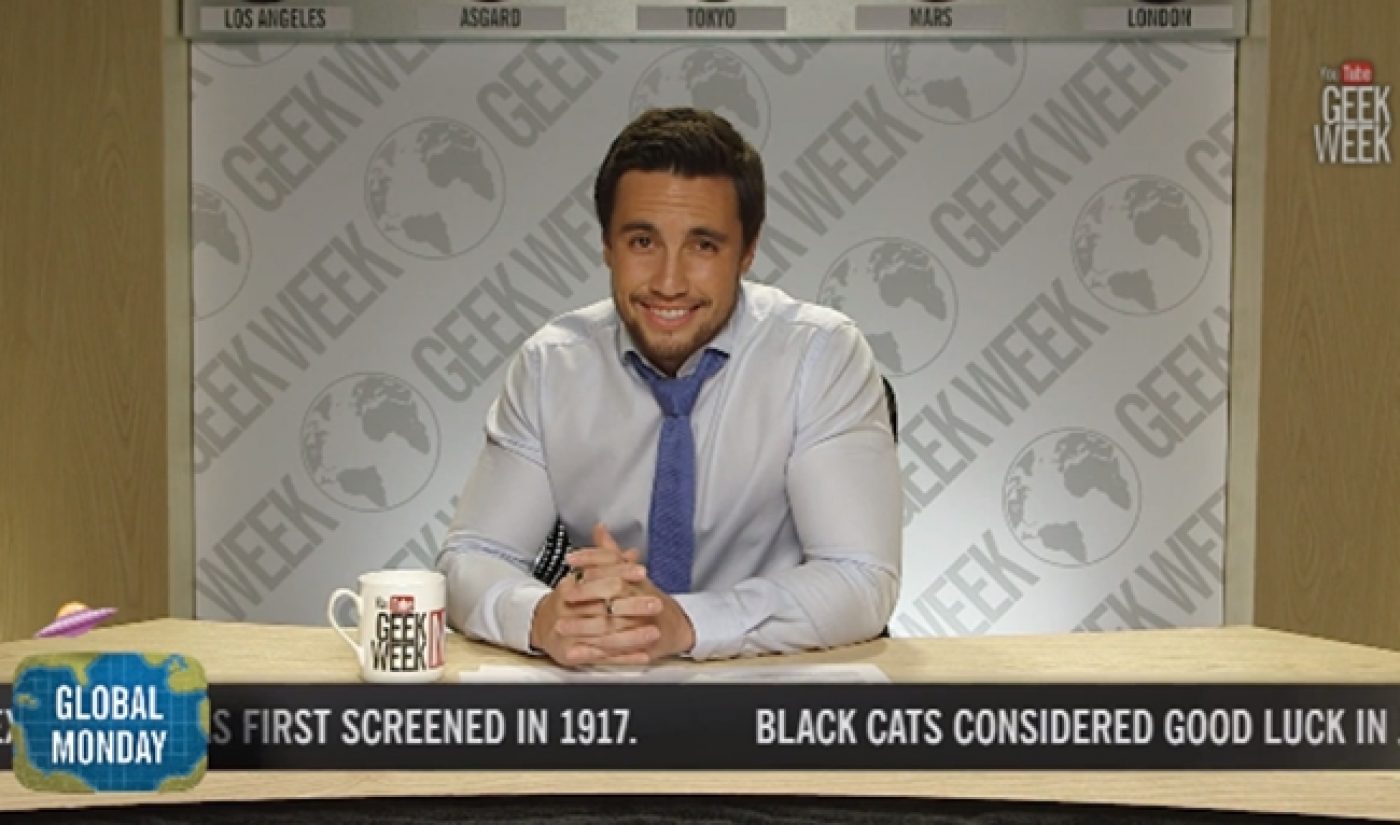 A friendly reminder from the rest of the world: YouTube isn’t just an American phenomenon. Approximately seven eighths of the site’s viewers come from the non-American world, and the list of most subscribed YouTubers includes a Swede, a Chilean, a Brit, and a Mexican–and that’s just in the top 20! YouTube catered to its many foreign viewers during the Monday of Geek Week, where the theme was ‘Global Geekery’.

YOMYOMF regular Chester See served as the day’s emcee, earning the right to present some of the day’s top videos as a news anchor. Though he did not whistle nor work it while taking us on a journey around the geeky world. (Fun and dangerous idea: take a drink one of the week’s anchors says the world ‘geek’. )

Out of the videos featured in YouTube’s Spotlight on Monday, the most impressive (and far and away the most viewed, with more than a million hits in less than a day) is Ryan Higa‘s fake trailer for Naruto. Produced by Portal A and shot overseas in Japan, the video is both a perfectly passable trailer for a live-action version of the popular Japanese anime and a canvas on which Higa can splash his trademarked brand of humor.

The other videos take viewers on a grand tour. If Geek Week is to be believed, Japan has an unparalleled sense of style, the British contingent on YouTube is delightfully cheeky, and India is home to some super intense animation. Of course, basing cultural assumptions on YouTube videos doesn’t make us Americans look like the sharpest tools in the shed, but at least we’re now smart enough to know that the rest of the planet is just as YouTube-savvy as we are.