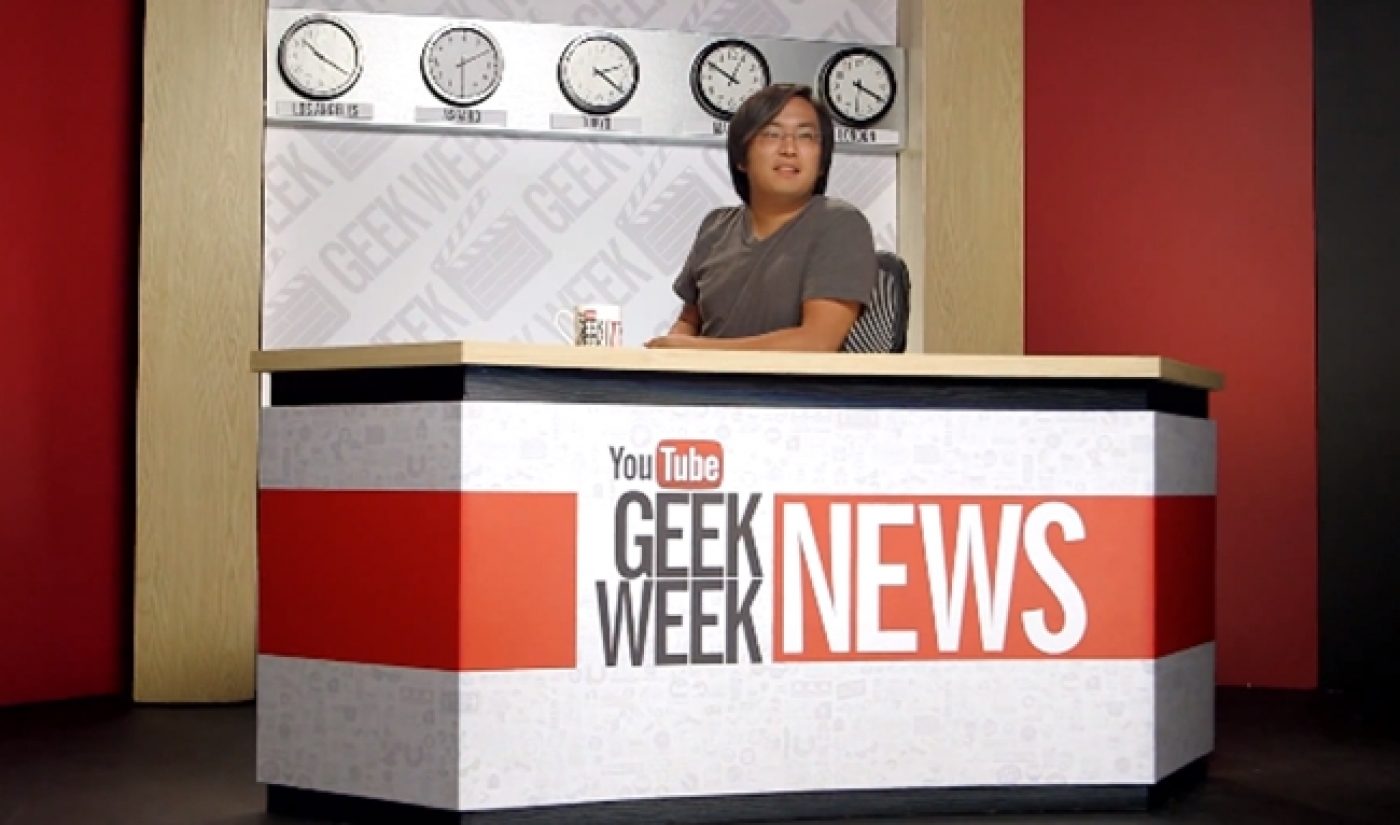 Compared to Comedy Week, YouTube’s Geek Week got off to a quiet start on Sunday. There was no live show, no barrage of promos, and much less fanfare. Instead, the participating channels got right down to business, and Sunday’s releases celebrated both online and traditional media ‘blockbusters’.

The most prominent of these blockbusters came from Freddie Wong. The special effects maestro released the second episode of the new season of Video Game High School, which continued to show why it is one of the highest budget web series in history. Of course, even though he is a battle-kart racing badass, Freddiew is still awkward enough to flub a ‘date’ with Grace Helbig. Nerds will be nerds.

Wong also hosted the daily wrap-up, where he highlighted a few other Geek Week offerings.

A few of the featured videos riffed on classic blockbuster franchises. Above Average released a Star Wars parody similar to its previous James Bond spoof, and AllTime10s counted down the best fan videos related to blockbusters.

Each day’s Geek Week videos are currently collected on the main YouTube Spotlight channel. There will be much more geekery to come, and luckily for us, it seems to be entirely composed of YouTube creators and of reasonably good quality.