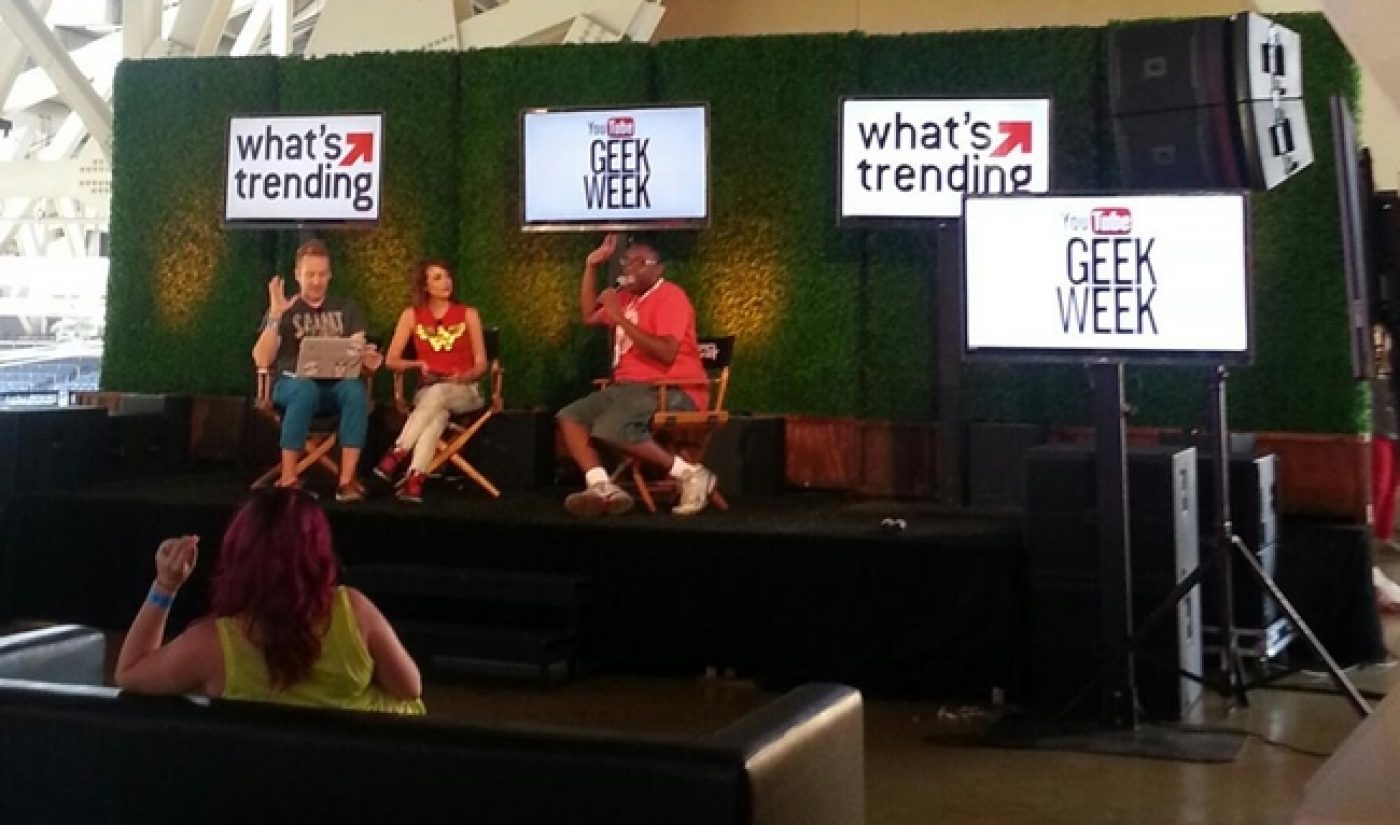 With YouTube Comedy Week in the books, YouTube is looking to give the ‘massive themed collaboration between many YouTube performers’ another go. The site will host a ‘Geek Week‘ featuring a cavalcade of nerdy creators.

Though scant details are available thus far, we can assume that Geek Week will be similar to Comedy Week: A large variety of notable people will be involved, there will be some pre-Week promos to build hype, and one specific channel will serve a central producing role. For Comedy Week, that channel was Jash; this time around, Nerdist is taking up its natural place as King of the Geeks–at least as far as we can tell.

YouTube is using San Diego Comic Con as a shooting location for Geek Week videos, a natural fit given all the nerds who are in attendance. The site has also confirmed the event through a recent tweet featuring the #GeekWeek hashtag and a link to a Geek Week video playlist with a “Coming Soon” banner.

Robot deactivated. This is all we found in its hard drive: http://t.co/QF4cvmao6w. #GeekWeek is coming soon. #SDCC

Other channels have hinted at their involvement via Twitter, including YOMYOMF and SourceFed. As seen above, What’s Trending and Black Nerd Comedy will also presumably be involved.

It is unclear whether traditional media figures will play as large a role as they did during Comedy Week, though the theme suggests that there will be a much larger percentage of Internet personalities this time around. Still, an upcoming Nerdist-hosted comedy show will feature a number of traditional media stars, including Spawn creator Todd Macfarlane, comedian Brian Posehn, and Workaholics actor Anders Holm.

Is the above lineup a prelude of the type of events to come? We’re not quite sure! But we’ll let you know when we do. We’re looking forward to seeing which personalities from both YouTube and Hollywood will join in on the fun. As the saying goes, “The nerds shall inherit the Earth.”