‘Bee And PuppyCat’ Is Another Great Cartoon From ‘Adventure Time’ Team 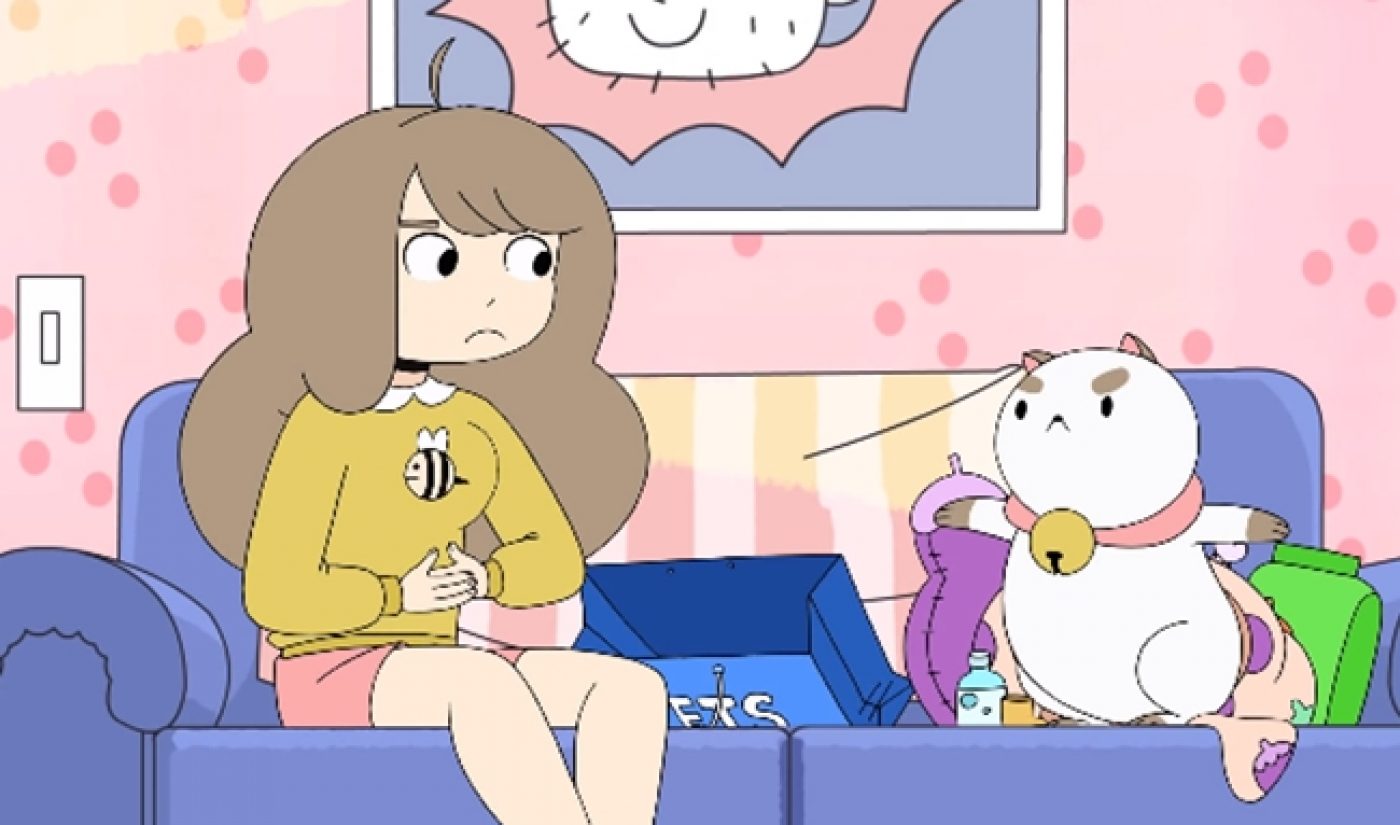 With more than 560,000 subscribers, Cartoon Hangover has been one of the most successful entries in the YouTube Original Channels Initiative, and the animation hub can thank Bravest Warriors for the majority of those fans. Devised by Adventure Time creator Pendleton Ward, it scored over one million views for each of its first season’s 11 episodes.

Cartoon Hangover’s latest effort represents its attempt to derive another hit from the Adventure Time formula. The channel recently released the first episode of Bee and PuppyCat, a series created and written by AT character designer Natasha Allegri and directed by AT contributor Larry Leichliter.

Like AT, Bee and PuppyCat follows the adventures of a young adult and a magical animal sidekick. And like both AT and Bravest Warriors, it features regular flights of fantasy. However, what makes Bee and Puppy Cat stand out is the degree to which it is grounded in reality. Our heroine, Bee, doesn’t simply travel the multiverse in search of adventure. In addition, she has to deal with the trials of everyday life, such as her inability to hold a job and her tendency to spaz out when she runs into the cute boy from down the hall.

Bee’s relatable personality is what makes Bee and PuppyCat sing. While Bravest Warriors is fun, it doesn’t have the same emotional depth. When you add in the fantastic, crisp, colorful, and imaginative animation style, the result is a truly mathematical series that deserves to receive just as much attention as Bravest Warriors. With the first episode garnering more than 430,000 views, it’s off to a great start.