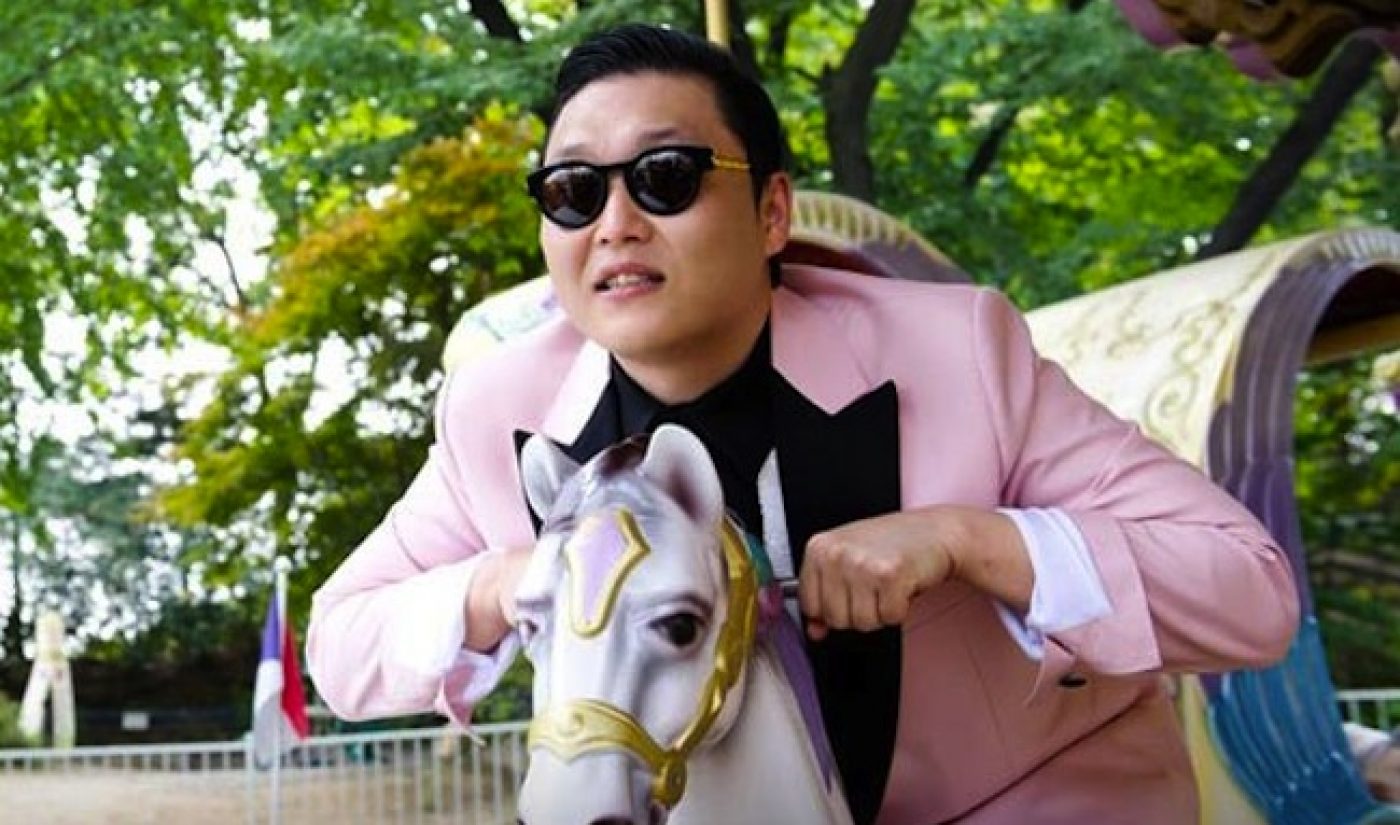 One year ago today, on July 15, 2012, the soon-to-be global musical sensation from South Korea, Psy uploaded Gangnam Style to his official YouTube channel. In the 365 days since, that channel has amassed over 3 billion (with a “b”) views, that video has been watched over 1.74 billion (again with a “b”) times, South Korea has been lauded as a fantastic export of pop culture, and K-Pop (aka Korean Pop aka an umbrella term for the modern pop musical genre originating in South Korea) has multiplied in popularity to become a worldwide phenomenon.

Kevin Allocca at YouTube Trends aggregated some interesting data to mark the one year anniversary of Gangnam Style and the impact Psy has had on his peers. The numbers reveal views of K-Pop music videos have increased threefold on the online video sharing since Gangnam Style‘s debut. Here’s what that looks like on a line graph:

But what’s more interesting is YouTube reports in 2011 “less than half the viewership of top K-Pop channels was from outside the Asia-Pacific region” but now “91% of viewing in the past year came from outside of Korea.”

3 billion views is certainly an impressive feat, but accelerating the growth of an entire musical genre to make it more popular on a global scale is incredible. Is Psy a modern day iteration of The Beatles or The Kinks? While you think about that question here’s a playlist YouTube put together for you to watch that’s full of K-Pop sensations who have benefitted from Psy’s meteoric rise to stardom: