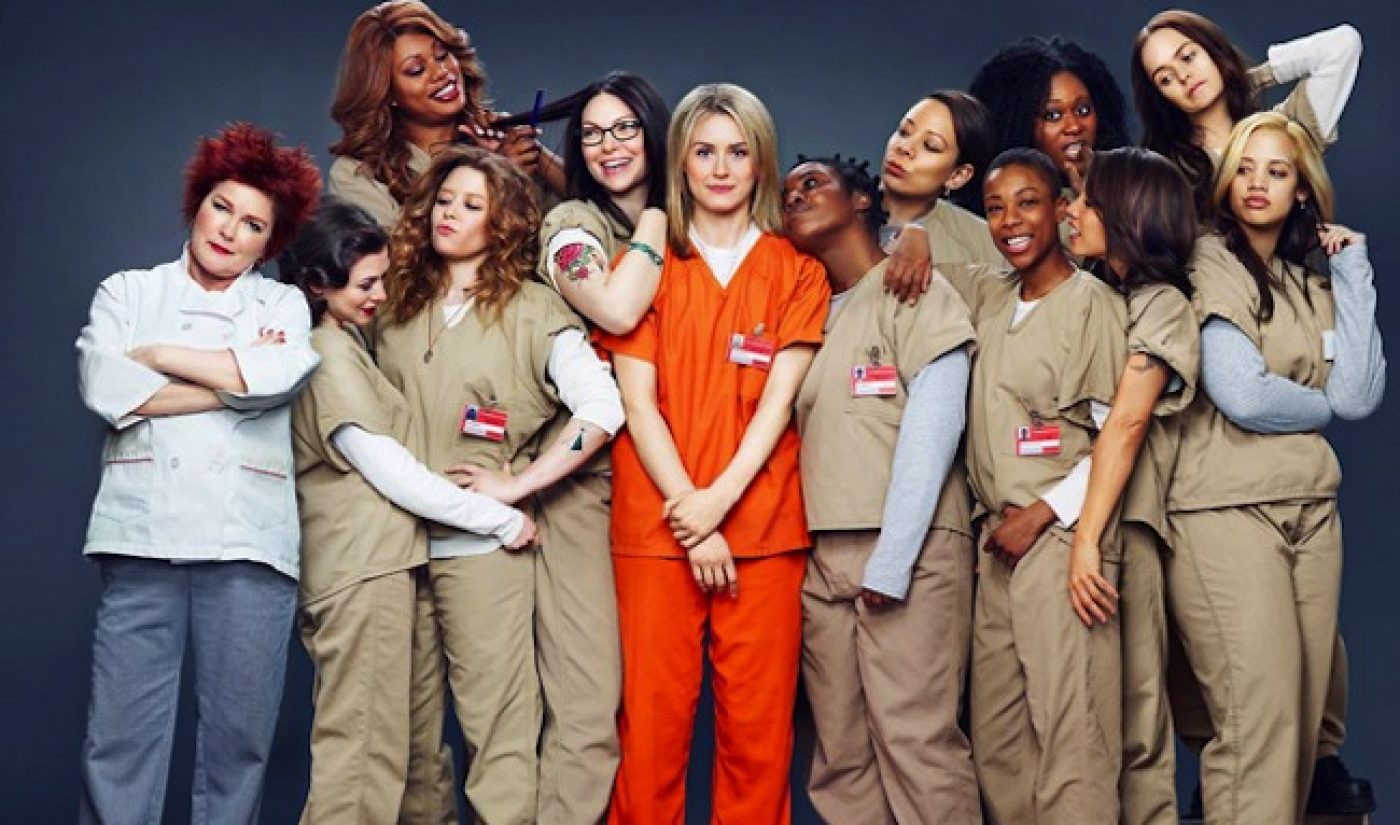 After the much-hyped Arrested Development ultimately landed somewhere between good and bad, Netflix is wasting no time moving on to its next original series. The latest TV-length show to premiere on the premium online platform is Orange Is The New Black, Weeds creator Jenji Kohan‘s dramedy set inside a women’s prison that’s based on Piper Kerman‘s memoir of the same name and the woman’s 15 months inside a correctional facility for smuggling a suitcase full of drugs several years back.

With 13 episodes now available, a second season already green lit, and positive reviews pouring in from The Boston Globe, The Huffington Post, USA Today, and other sources, we decided to get a closer look. We talked with cast member Alysia Reiner (who plays the penitentiary’s Assistant Warden, Fig) about the show.

Tubefilter: How’d you get cast in the series ?

Alysia Reiner: I read the pilot and fell madly in love with it – it was one of the best I’ve ever read. Then I met Jenji Kohan – TV Goddess – and I tried not to puke on her or otherwise make a fool of myself. I didn’t hear anything and there was such heartbreak that I didn’t get it, but then I forgot about it because let’s face it, that’s a big part of my job.

Months later… I was back in NYC and the call came out of the blue: an offer, but for a different role on the show. I didn’t audition for the role, I didn’t even know that the role was, but I said “HELL YES!” because I loved the pilot so much.

TF: Was the process any different than any other television shows or films with which you’ve been involved?

AR: I feel so lucky that I didn’t have to audition or test for the role. I think  that’s part of  the trust Netflix puts in Jenji. My character gets introduced in the 3rd episode, so when I got on set they were already in full swing and I felt like I had some catching up to do. Day 2, I was being directed by Jodie Foster! I had to do a bunch of fast character research and creation. Episodes of Lockup: Raw on YouTube helped.

TF: What was Netflix’s presence like on set? Were they involved heavily with production?

AR: As an actor, I don’t really know that much about the inside aspects of this, but I can say there was a rep there, yes. Cindy was our main Netflix exec, she was there a bunch, and our Lionsgate execs also visited – they were awesome and so supportive.

It seemed to me that there was a lot less of the tension that “studio notes” sometimes create. Our execs always felt like part of the team, not a judge/critic/enemy to the creative process which sadly can happen sometimes. Everyone on every show is just trying to do the best they can to make the best TV, but sometimes it can feel a bit like ‘Us vs. Them’ and I never felt that way here.

TF: Tell me about the story. And your character.

AR: We’re based on memoir, a riveting true story by Piper Kerman, about a woman (Taylor Schilling) who’s sentenced to a year in a federal penitentiary after she’s connected to a drug-running operation 10 years ago, and she must trade her comfortable New York life with her fiancé (American Pie‘s Jason Biggs) for an orange prison jumpsuit and a baffling prison culture, where she’s forced to question everything she believes about herself and the world at large.

I play Natalie “FIG” Figueroa, the Executive Assistant to the never-seen Warden of Litchfield Women’s Prison. She’s as close to the Warden as anyone will ever get, and as you may imagine, the words sweet, kind, warm and fuzzy are NOT words you would use to describe her. Fig is reviled by the inmates, feared by the corrections officers, and runs the prison with an iron but well-manicured hand. So your basic villain, my first on screen and a BLAST to play. Our writers do such an amazing job.

And PS…Fig may have some of her own illegal skeletons in her closet as well, but you have to watch the season to find out!

TF: What’s a success here for you? There’s no box office and you won’t be able to see Nielsen ratings, so how can you tell if this series is a hit?

AR: Ummm, a pick up for season three?? Seriously, I know Netflix will count downloads and electronic sell-throughs, but I think for me a success would be the way people talk about the show. The excitement and passion when people so relate to characters or love an episode or moment so much they have to talk about what happened, and they beg their friends to watch the whole season so they can talk about it, like what happened with House of Cards.

And yeah, I’ve never met someone with a Nielsen box and have to admit I’ve always been a bit baffled by how they have such insane power over what gets made or killed. There is so much amazing TV now, and the way people watch, when and how they watch, is so different than ever before – be it watching whole seasons of Breaking Bad or The Killing on Netflix, or my friend Evan Endicott’s new series Betas on Amazon.

I have to hand it to you guys at Tubefilter, because you have more to cover than ever!