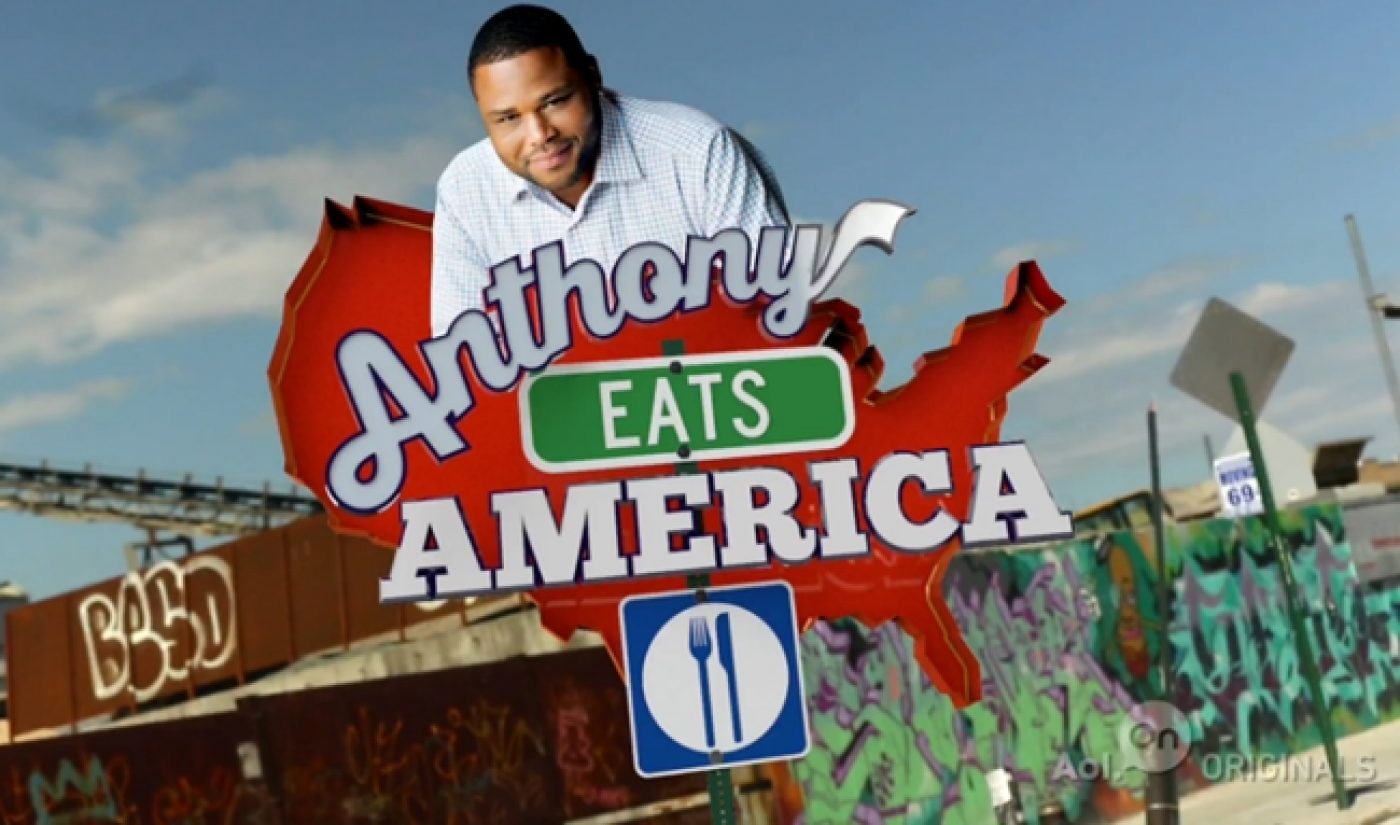 When actor Anthony Anderson took the stage at AOL’s Digital Content Newfronts presentation to promote his upcoming show, Anthony Eats America, he described how his family’s love affair with food made him a champion of all things culinary. Anthony Eats America has now debuted, and sure enough, Anderson’s passion for eating shines through as much as the delicious-looking meals he consumes.

Anthony Eats America, which is produced by Principato-Young Entertainment, follows the former Law & Order star as he searches for the best home chefs in America. The show is essentially an amateur version of Diners, Drive-Ins, and Dives; as with Guy Fieri’s show, Anthony Eats America features colorful banter and plenty of local flavor in each episode. It looks like Anderson is having tremendous fun as he gorges himself on tasty meals. His carefree, easygoing attitude and his blatant disregard for the fourth wall, provide some humor and good vibes.

At the same time, viewers will only become hungrier and hungrier; the first episode, which features grilled shrimp, an entire roast pig, and Koolickles (pickles marinated in Kool-Aid; yes, that is a real thing), induces an unstoppable craving for barbecue.

Six other episodes have been released, with Anderson devouring generous helpings of gnocchi, chili, bandesa paeja, and any other inviting home-cooked meals he can find. Apparently, Anthony Eats America is still looking for more terrific amateur chefs to feature on the show. If they ever want to discover the best way to eat boxed Kraft macaroni and cheese, they’re welcome to visit my home any time.