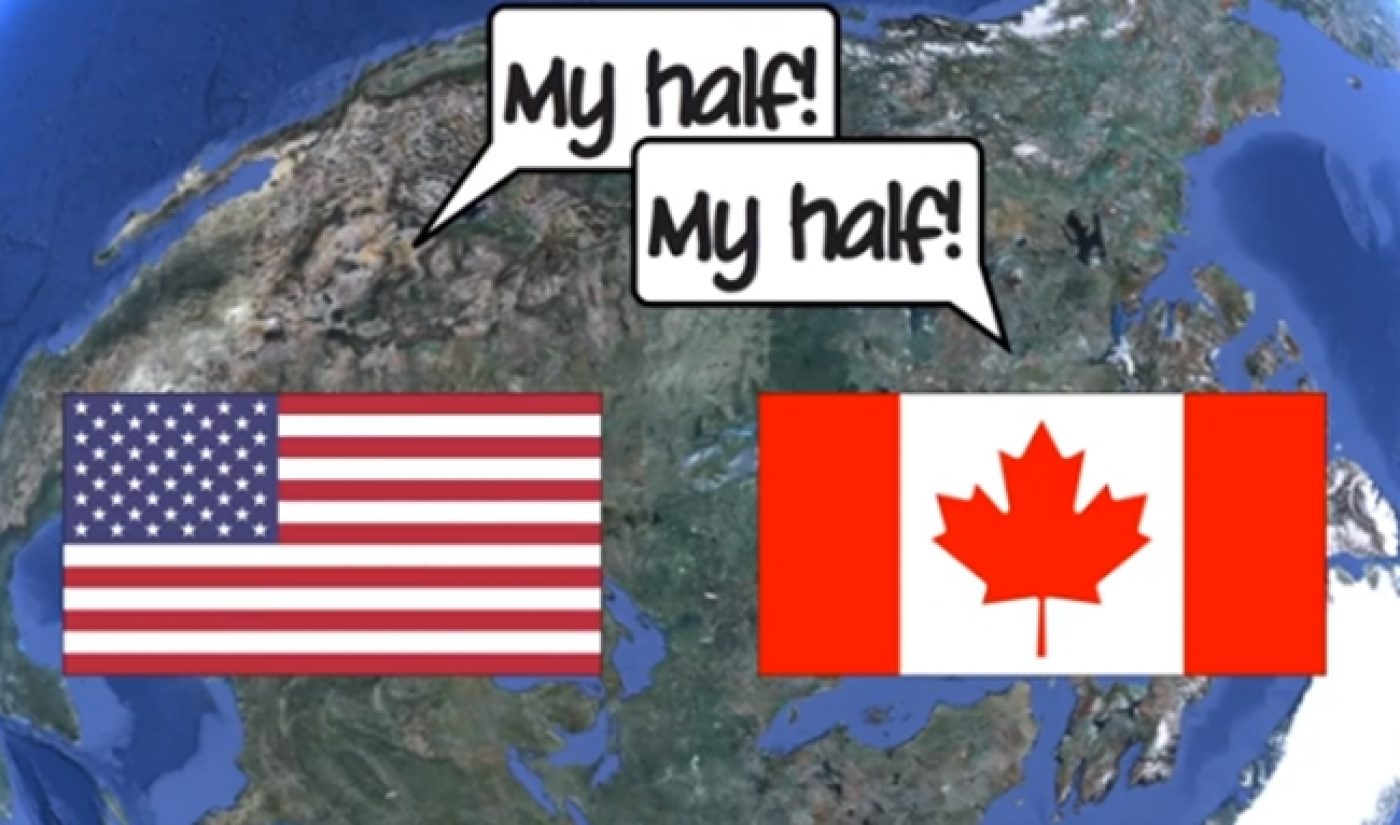 If you thought the most interesting things about Canada were its circular bacon and its pronunciation of the word ‘about‘, think again. YouTube creator C.G.P. Grey has released a fascinating video discussing the border between the US and Canada, which, as it turns out, is way more complicated than just a really long straight line.

The video jams hundreds of facts about US-Canada relations into five minutes and serves as a lesson in border politics, the history of navigation, deforestation, and about a million other topics. Grey’s cadence is reminiscent of Hank Green, but instead of delivering his lecture in a vlog format, he fits silly pictures into his narration, making his work as funny as it is informative.

Grey exploded onto the YouTube scene in 2011 when he released his first video, an explanation of the difference between the United Kingdom, Great Britain, and England. That effort scored more than 4.2 million views and remains Grey’s most popular explanation, though he frequently tops a million views thanks to his 733,000+ subscriber count.

Grey’s videos are as scarce as they are popular. He only releases one episode each month, which keeps his fans hungry for more. Last month’s video was also about international borders, which means Grey has thought about the topic for at least two months. That’s a lot longer than the longest amount of time I’ve ever spent thinking about international borders, which is about six minutes. Part two of the series is funny, entertaining, educational, smart, well-produced, and a great way to draw even more fans into his monthly explorations.