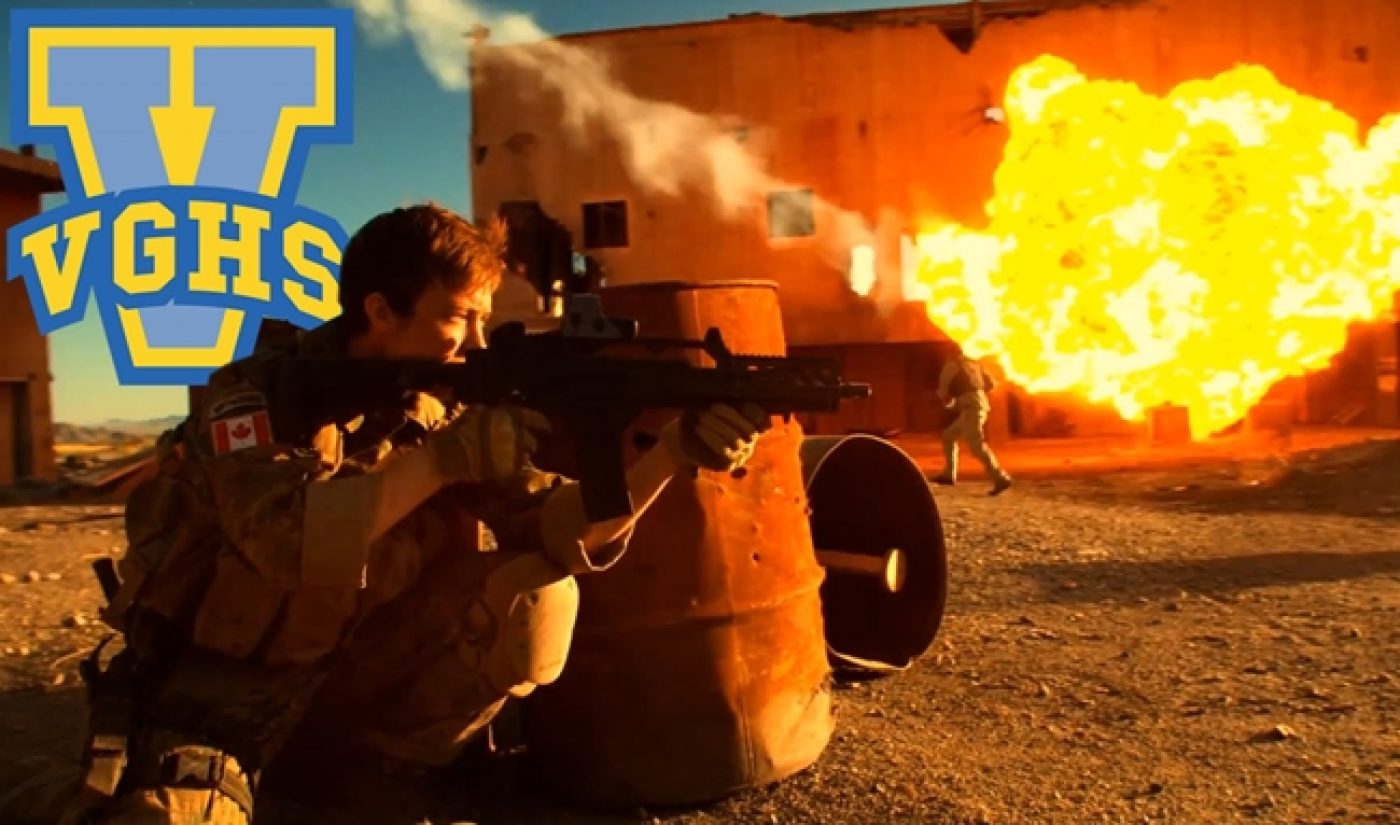 After landing a sponsorship deal with Dodge, achieving an historic success on Kickstarter, and beginning to film at YouTube Space LA, Freddie Wong and Matt Arnold are almost set to release the second season of their smash hit web series, Video Game High School. The series, which is set to debut mid-July in time for Comic-Con, will make use of innovative camerawork to showcase Wong’s technical abilities.

According to a release from the Collective Digital Studio, with which Freddiew is partnered, VGHS season two will be the first show ever shot in a mixed frame rate. Season two’s action sequences will be shot at 48 frames per second, the format Peter Jackson debuted with The Hobbit last year. Using such a high frame rate will allow Wong to paint an extremely realistic picture during the videogame sequences. The rest of the series will use the traditional frame rate of 24 frames per second.

While Wong has not yet released a trailer for VGHS season 2, the Freddiew channel continues to be very active, with the most recent offering titled ‘Balls of Steel – The Ultimate Nutshot’.

Given the Comic-Con release date, VGHS’ many fans only need to wait another month-and-a-half for the return of their beloved series. “Fan support for VGHS was greater than anything we could have ever imagined and we feel privileged to have been able to film a second season,” said Wong.  “The new episodes take the story to a whole new level and we’re sure that our viewers will be excited to see what happens to the whole crew.”