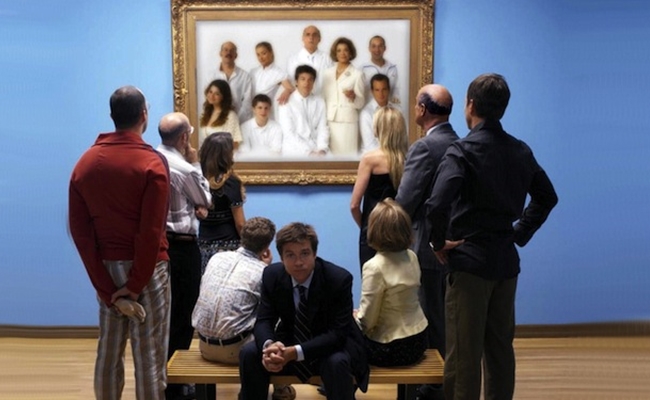 Given the mammoth expectations and hype surrounding the new season of Arrested Development, it was bound to disappoint some fans now matter how well it turned out. Sure enough, reviews of the new Netflix series have been mixed. Some critics have praised the show for its witty in-jokes and constantly ascending quality while others have bemoaned its interwoven format and slower pace, both of which are byproducts of its new home on the Internet.

First, the good news: It’s still funny. “With expectations as high as they are among AD fans, do the new episodes live up to those of the first three seasons which ended in 2006? Yes, and then some,” wrote David Wiegand in the San Francisco Chronicle, “The new season is not only as smart and absurdly funny as ever, but also reflects the rapid changes in how we watch television.” There’s definitely some truth in Wiegand’s praise; if you’re not laughing during the first Tobias episode, you need to lighten up.

What’s more divisive is the show’s narrative structure, which takes advantage of the binge-friendly nature of web TV. Since all the episodes were released at once, creator Mitch Hurwitz made the decision to weave the whole series into a single, constantly-jumping timeline that requires viewers to do mental calisthenics to keep up with all the references to past episodes, past seasons, and future episodes. “And you really should watch them all — because they build and, I’m just saying “eventually,” said Hurwitz in a post on Facebook. “If you can. All 15. But really this is yours now. Except for the obvious copyright issues. And you have to subscribe to Netflix.” In addition, as Hurwitz is no longer confined to 22-minute TV length episodes, these offerings are longer and vary in length, going as high as 37 minutes.

This interlocked narrative and longer format has rubbed some critics the wrong way. “Everything feels slowed down and dragged out at the same time that it feels forced and overly complicated,” said Mike Hale in the New York Times. “The longer expository scenes seem interminable. Story and character now overshadow jokes and conceptual foolery, but for all their new prominence, they’re still as thin and rudimentary as they were in the first three seasons — and watching the episodes in large doses further exposes their deficiencies.” Nick Campbell of TV.com had similar feelings on his first viewing: “[First episode] ‘Flight of the Phoenix’ (good title) was laden with so many nods to the rest of the series—past and future—that it distracted from the flow of the episode.”

Having seen the first six episodes, I can corroborate that things are quite a bit slower this time around, but, to some critics, what’s important is that there is a pay off. “The show improves as it gathers context,” writes Robert Lloyd in the LA Times and before long you stop thinking about what makes this Arrested Development different from all other Arrested Developments.” Even if the new series disappoints you, it is still innovative, and, as was the case with the original series, a groundbreaking experiment in TV production. It’s less of a continuation of Arrested Development and, like Tobias’ license plate, more of a new start.