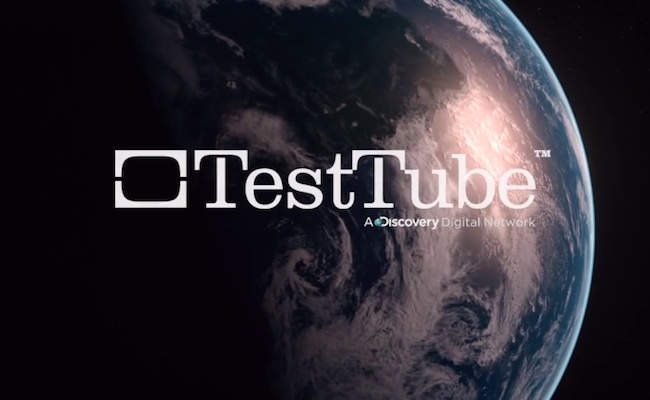 Given Revision3‘s affiliation with the Discovery Network, it’s a given that the multi-channel network would expand into content typical of the Discovery cable TV channel. Sure enough, it has launched TestTube, a new network “designed to ignite online audiences who are incurably curious about the world around them.”

TestTube is similar in concept to Rev3Games in that they both feature a central channel that makes use of Revision3 talent while also including peripheral channels from the Revision3 network that relate to the network’s theme.

TestTube’s lineup at launch time includes fifteen channels, which have combined for 10 million streams thus far. Flagship programs include a few we’ve covered previously in this space, such as DNews and Nature Hates You. Should the network’s shows reach their projections, Revision3’s execs believe TestTube will cross 20 million streams by the end of 2013.

“Discovery is in the business of igniting curiosity – from on-air to on-line – and for all types of audiences,” said JB Perrette, Chief Digital Officer at Discovery Communications. “This is another step in our mission to be the #1 nonfiction video and media company on all screens. We’ve doubled our original online video output this year, and are growing new audiences with TestTube and other digital networks that are creating great content that entertains and engages.”

The TestTube slate includes a few new shows, too, featuring Discovery and Revision3 talent. In Distort, cool stuff will be shown in slow motion (a la The Slow Mo Guys), and Mythbusters cast member Tory Belleci takes the lead in the upcoming Blow it Up, which is exactly what you’d expect it to be. Just like its parent network, Revision3 hopes to prove there’s a large online audience for shows about all things science-y.