Gregory Brothers Bring In Psy, DeStorm, Others For ‘DJ Play My Song’ 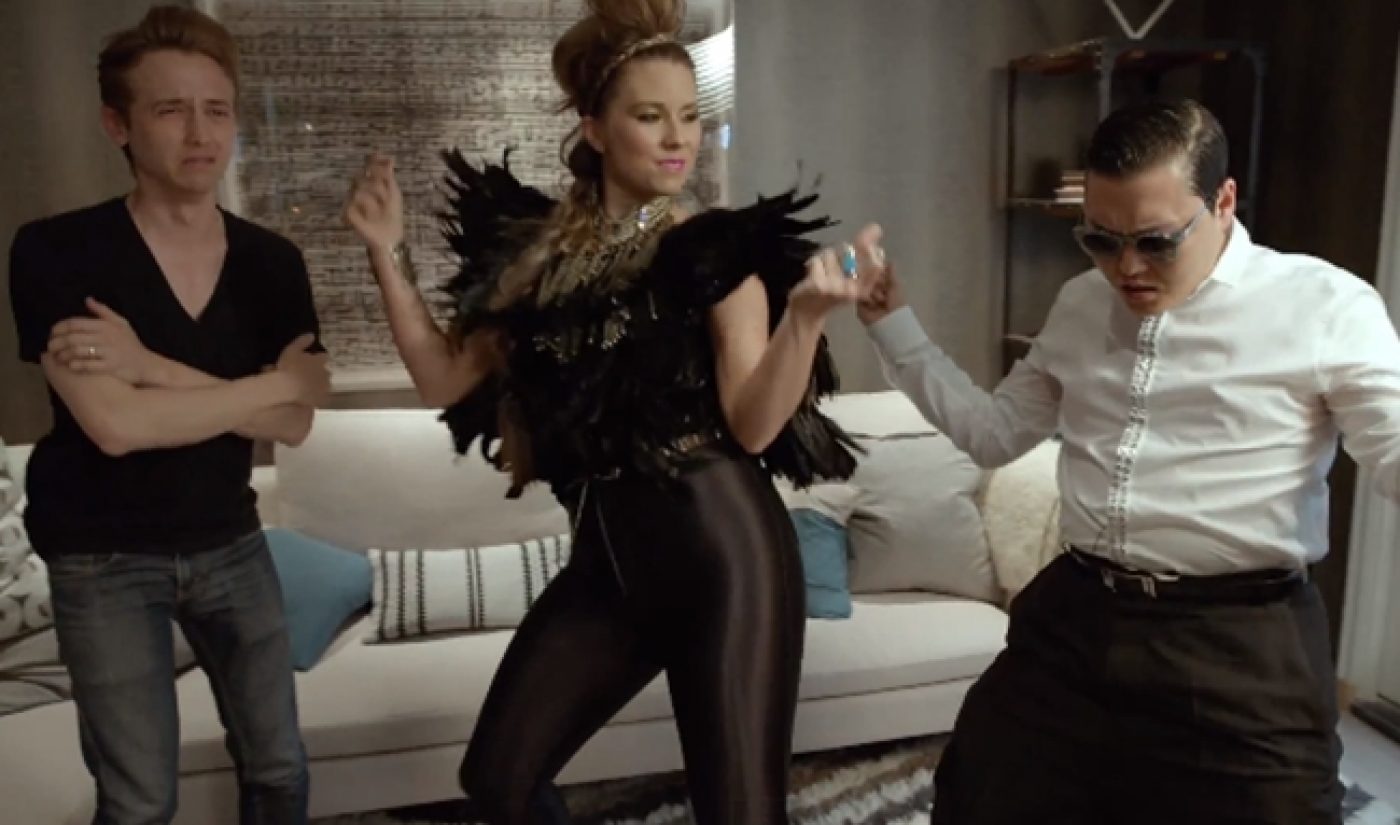 Although they are best known for their auto-tuned versions of viral clips, The Gregory Brothers are also capable original songwriters. The musical quartet has released a song titled ‘DJ Play My Song (NO, LEAVE ME ALONE)’ as part of YouTube Comedy Week, and it combines the group’s trademark catchiness with guest appearances from the likes of Psy, DeStorm, and several others.

The song, a sly parody of modern pop music, features Sarah Gregory as a woman who just wants to party all night with the music turned way up, with lyrics resembling a typical club hit. However, this plan draws the ire of the DJ, played by Evan Gregory, who just wants to keep the levels reasonable and thinks the woman is getting creepy, especially when she stalks him to the bathroom, his car, and his day job.

The video features a ton of guest appearances: Psy appears in the beginning as the man to whom the DJ is telling his story, while DeStorm also contributes a guest verse. Cameos include EpicLLOYD (as one of the DJ’s coworkers), Greg Benson, Ed Bassmaster, and Kassem G (who appears without his pants).

‘DJ Play My Song’ could be a one-off Comedy Week treat, but my hope is that it signals new territory for The Gregory Brothers. Could they start featuring more Lonely Island-esque videos (but with more musical talent) on their channel? Given that they now have songifications down to a science, it would be fun to see them try something more challenging, risky, and ultimately rewarding.