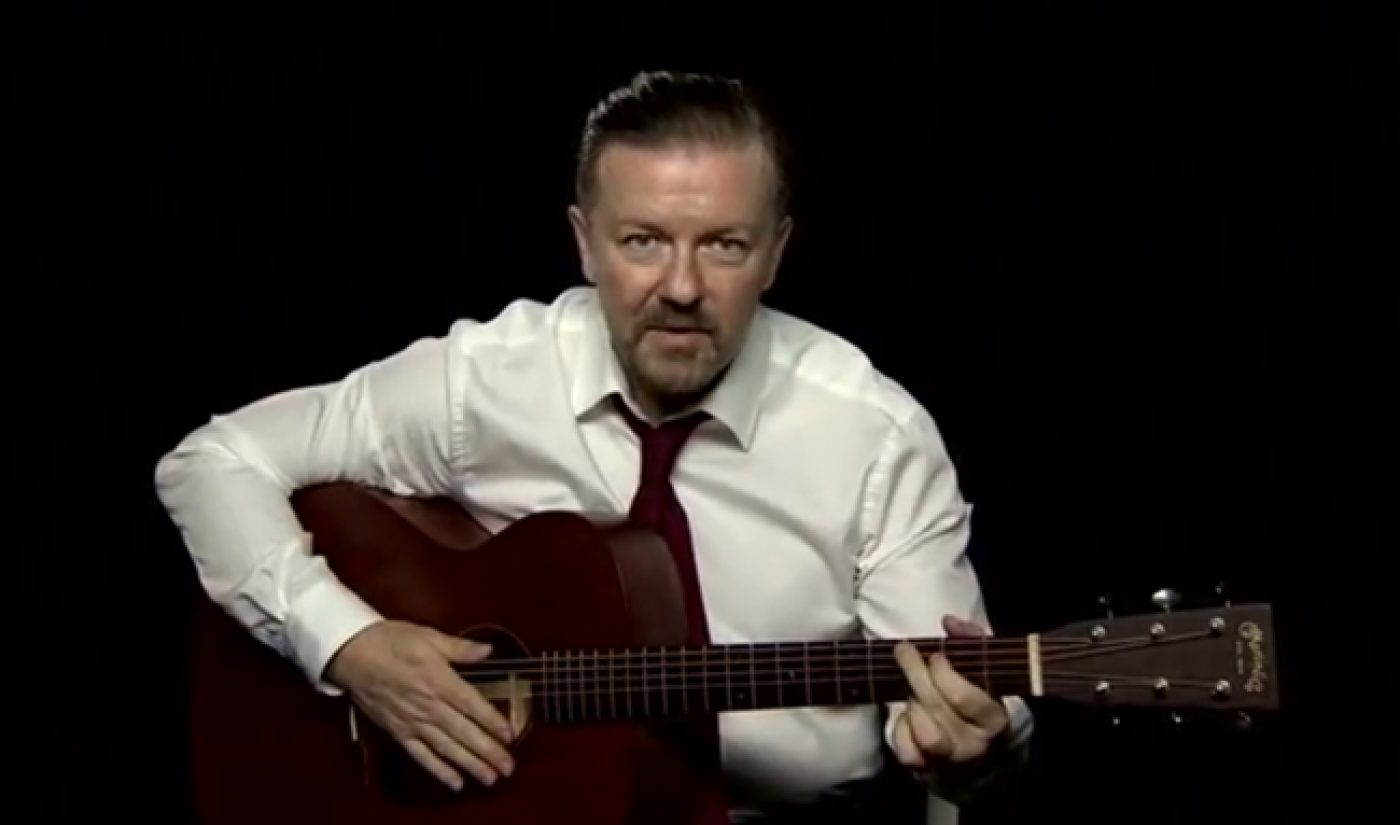 A painfully unfunny live show got YouTube Comedy Week off to a less than stellar star. Luckily, the event also features plenty of produced videos, and Monday’s first wave was a much stronger effort.

Most notably, Ricky Gervais debuted his Learn Guitar With David Brent series, which features the former Office boss in all his self-absorbed glory. During the first episode, Brent half-heartedly runs through a few chords before breaking into a song about his ‘Life On The Road.’ In the end, it’s all about him.

Aside from Brent, a few other characters came to play on Monday. Above Average released a video where various historical figures discover YouTube. I thought branding the Hindenburg as a ‘fail’ was particularly clever. Reggie Watts, fresh off his own mediocre performance at the Big Live Comedy Show, posted a video where he ‘Reg Rolled’ all of YouTube. Turns out Rick Astley should’ve had an afro this whole time. Improv Everywhere got in on the fun by turning a subway car into a talk show. Remind me to ride the N train more often.

Other offerings included videos from TomSka (with Freddiew), Rooster Teeth (with Smosh), and Jack Vale Films. A few clips from Sunday’s live show also made their way to a permanent home on YouTube, though the less I’m reminded of that fiasco the better.

Tuesday is already an even livelier day than Monday, so expect plenty more fun stuff to debut shortly. After an ice cold intro, YouTube Comedy Week is heating up.